Effects of Video Games on Children

Effects of Video Games and Its Impacts on Young Boys

Effects of Video Games on children discusses that Will parents continue to bear the adverse effects of video games? Or will the good effects of video game continue to encourage young boys, while they bear its negative effect that would continually affect their daily performances? Nearly every American kid finds video games very interesting and they are engrossed with the fantasy, excitement, motivations, and groove. The sales of video games have increased tremendously over the years and it would continually grow globally. Children cannot do without playing games. Children find games the best way to relax their minds, have fun, fill up time and get busy. Video games are one of the best games children around the world find so easy to fondle with. Most especially young boys, they find games like Nitendo, Sony Play Stations, or Computer-based games their best choices. Many of these children are often so addicted to these games that they find it very difficult to get other things done in their daily lives. 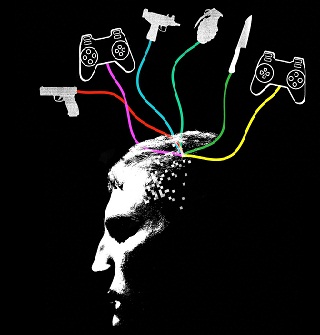 There are accompanying advantages to playing video games, many scholars and researchers have argued that the advantages video games bring to young people are more emotionally, psychologically, academically, and socially beneficial than the disadvantages. The negative effects video games bring to children can be destructive to their social, emotional, psychological, and academic lives. Also, because video games promote violence and antisocial behaviors, and also brings about poor academic performances, it is a great potential danger to young people and should therefore be avoided.

Video games are dangerous tools that affect the educational and literacy levels of young boys. Young people of this generation find it very difficult to read their books, they are fond of taking all their time into frivolous activities. As a matter of fact, TV and video games provide a reward of excitements and fun, while books provide delayed gratification, this is because it takes more time and years to get to study than it is to have fun with video games. This implies that the more boys are glued to their video games, the more dimmer they have prospects for their reading improvement. Studies have shown that the more time a young kid spend on video games, the poorer his academic performance. (Anderson & Dill, 2000; Gentile, Lynch & Walsh, 2004) The only way to learn and to be academically successful is through the ability to read, study and write, which is basically a definition of literacy. Therefore, knowledge is only obtained through intensive reading, and any activities that does not involve related learning is meaningless. In other words, any activities that are just mere entertainment and do not provide any kind of learning are just meaningless play. So, why then should it be an activity to be the major activity to take young people’s total life? Its effect on learning could be good, but on the contrary, when it gets to its extreme, it becomes a great detriment to academic performance.

Another blame of violence and antisocial behavior in our community is related to the bad effects of video games. Children who are addicted to violent video games are more prone to have increased aggressive behaviors, thoughts, feelings, and decreased prosocial helping. A research in 2008 shows how the increasing interactive digital media usage and unhealthy behaviors are correlated, and some of the behaviors observed include, smoking, drinking, violence, and early sexual activity. These categories contribute to a leading cause of disability and even death among young boys as well as youths. Furthermore, the American Psychological Association (APA) also listed violent video games as an important risk factor for increased aggressive cognition, aggressive behavior, empathy, and moral engagement. (Escobar-Chaves & Anderson, 2008) The impact of video game violence in young boys is exacerbated by the nature of the game’s interaction. In numerous games, these young people are rewarded for being more violent. Subsequently, the demonstration of violence is done more than once. The child is in control of the violence going on in the game and he encounters the violence in his own eyes, such as killings, kicking, shooting and stabbing. These behaviors are seen to be practiced by so many young boys as they grow into manhood and they seem to incorporate these effects in their lives, since it is an everyday routine and they are becoming part of the world of the game. This is the reason why many perpetrators of any kind of mass shootings in the real world today are seen to have played violent video games before. Additionally, the US military utilizes violent video games to train their soldiers on how to kill, hence, video game would relatively train young addicts how to kill indirectly.

When video games become too excessive, a child is prone to social isolation. A boy who takes all his time playing video games indoors would always find himself not having so many friends. He  definitely would sit all day trying to beat many more challenges, targets and missions and this would keep him from spending much time physically playing outside. Studies have shown that kids that spend so much on video games spend about 13 and 14 hours a week on their game consoles or perhaps on the computer without going outside for other things. This would make them miss out on their social lives. Furthermore, they are less exposed to extracurricular activities which would inhibit them from getting to know new people or make good friends. A study from Funk and Buchman shows the impact video games have on children, and in this study, they were trying for self-fitness. The results obtained found that for young men, but not for girls, a more grounded preference for each of the three types of violence games was related to lower self-competence scores in one or all the more formatively important areas, including interpersonal, academic and behavioral skills (Cesarone, 1998). These discovering factors are obstacles from doing better things for these young boys because they are obviously suffering in essential factors in life that will permit them to succeed.

There are numerous arguments against the negative impact of video games and academic performances, especially with respect to young boys. Many have argued that it is a means of making learning fun, some say it enhances quick thinking and creative reasoning. Basically, many games don’t give instant satisfaction and gratification. These games can be extremely frustrating, difficult, annoying and many young people could angrily throw away their joysticks or related tools when they have regrettably lost many rounds. However, these video games can require a lot of patience in order for the player to succeed with respect to the game. The PlayStation II game, Lord of the Rings: The Two Towers could be so much of a particular source of disappointment for players. The difficulty level is that the game required more time and steadiness in order to advance beyond the first level. Players required to learn a wide range of skills so as to comprehend and gain more knowledge of the game. This incorporated the capacity to not just see what the character was doing on the screen, figure out where is expected to go and how to arrive there, but the players have to really read the content within diverse screen shots with a specific end goal to figure out how to play. This could seem as a means of improving learning in a way. But the major disadvantage to this is the ample time spent to really understand these games. For very difficult games, players need to take most of their time to persistently play without refuting to stop until they become so pro in completing as many missions and tasks as possible. The time required to carry out this kind of learning process can be used to learn better things, many assignments are at stake, tests and examinations have not been totally prepared for. Why then should video game be connected to improving any form of academic performances? This is absolutely unacceptable and shouldn’t be encouraged. When the argument over a better learning process achieved through games is encouraged, many young boys would prefer to defend themselves with this fact and use it as an excuse to continually play more games which would totally create poor performances to their academic grades.

Conclusively, it is a known fact that the effect of games can be good, but the underlying negative effect can be destructive to our society, families, schools and nation. The effects of video games can definitely lead to social isolation, increased aggression and poor academic performance, but it is sure that this culture will remain a part of the college activities.

The positive and negative aspects of video games must be totally understood by young people, especially the young boys who are addicts. This is because, they would understand how to balance their lives to the benefits and the remedies involved. Violent video games are connected to many negative problems. The depiction of women in video games can have a negative impact on the gender perspectives of men and the identity and self-esteem of women.

Some studies have demonstrated that video games may be one approach to engage students more in the learning process. This appears to be particularly valid only in analytical skills not excellent grades and general academic performance. They can contribute another method for learning in addition to many other pedagogical strategies which are presently popular. I’m sure there are ongoing researches on the most proficient method to best influence games in education, but that is if it should be used at all.

The dangers of excessive gaming should be instilled in young people as well as educators. Sometimes, it can have social, academic and even spiritual consequences. Many young boys have been known to be detached from their friends and surroundings when playing games like World of Warcraft. A little percentage of young people, particularly men, invest a huge amount of time playing video games. A balance have to be struck to have a healthy lifestyle, and therefore, video games are just no exceptions.

Gaming and It’s Helpful Effects for People with a Stroke