The Effects Climate Change on Health, Environment, Agriculture and Economy

Climate change is the distribution of weather pattern which can last for an extended period of time.

However, climate change can also be an average weather condition or change, every country or origin has its own

When someone mentions about the climate changes, the first thing comes in the mind is that how climate changes or what are the factors behinds, or if the conditions or environment conditions going to be worst in the future. However, there could be variations in the climate, population growth, variations could be in the solar radiations, and there could be volcanic eruption and plate tectonic. The atmosphere of the earth is heating; the rapid changes are seen from the years, water system is not proper, on our planet the burning of fossil fuels and emission of gases due to human activities are becoming problematic for the environment. Moreover, the oceans are getting hotter, the weather is getting more extreme, the warmer atmosphere is causing issues regarding the ice to melt or snow pack etc. In the water coral and shellfish are suffering, forest are becoming more prone as to the deadly infections, the tress have been weakened. Our societies, is a major threat to the agriculture because food security is at risk and farmers are struggling hard due to environmental changes, people health are affecting as the chemical reaction has increases in the atmosphere, chemical reactions are is damaging the ozone layer and in freshwater pathogens are growing (EDF, 2016).

Climate change is the problem because it is effecting the human health, the situations are seems to be more dangerous due to atmosphere changes, the ozone layer and global warning are issues which could become more vigorous for the future generations. Due to climate changing the significant affects are seen on the ecosystem, communities or economies, in some regions flood and drought which are due to the summer heat are affecting the lives of the people (McNall, 2012). According to the scientific report, there could be dangerous levels global warming, there is need to act sooner for the safety of human health. We can save the environment through reducing the green house emissions, we as an individual can try to reduce the pollution, example, noise, and water and gas pollution. As an individual it is our responsibility to reduce the climate changes, there is no need to leave the appliance on standby as there is need to reduce the electricity usage, we need to drive less, we can ride a bike or go through the bus. We can reduce the size of our lawn and by recycling of the products can be a better option, can, papers, magazines, tins, glass can be recycled as can be used again.

Human and the environment, it is important to realize that we, people are suffering from the issues of global 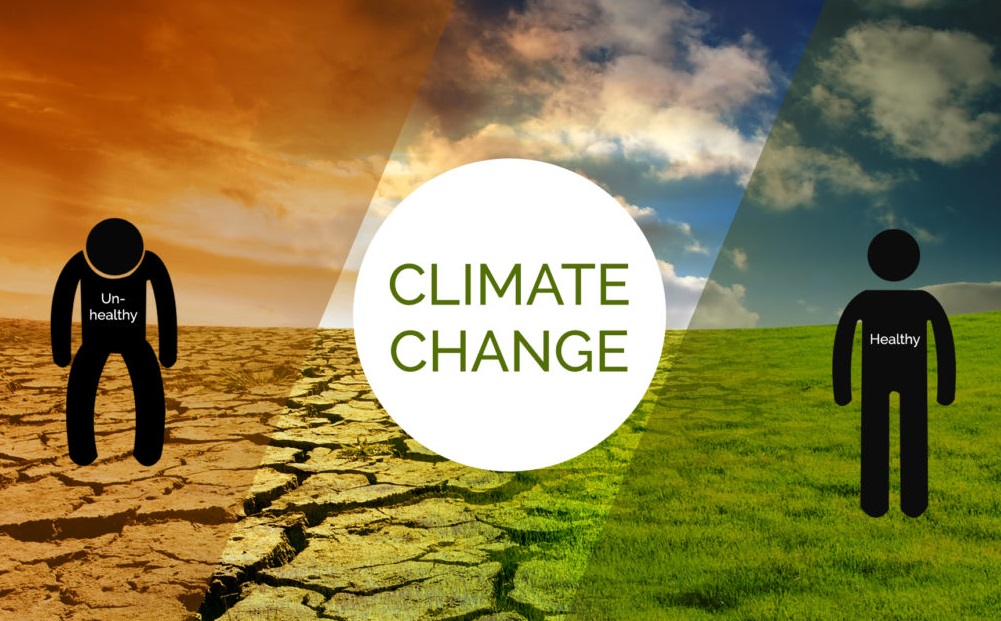 warming and it is needed to save the environment for the future generations because global warming is increasing and people are suffering from bad health and other issues. I believe that individual efforts can play important role in reducing the pollution, there is need to reduce the use of oil, coal and gasoline. The societies are associated with the various types of environmental problems including the wildlife, nature, social conditions etc. there is need to understand the history of ecology and need to take steps to create the sustainable planet for the future, scientists, students and teachers can involved and think together to resolve the climate risks (Lomborg, 2010).

Economy of the countries suffers as countries have to bear the losses. The storms are violent and countries have to face extreme disasters due to bad weather events. All resources of water has been affected by the climate changes, there is the most serious impacts on the supply of water, which is adequate for health. The forest has the countless species, there are threaten to their health. Animals and men both are in vulnerable conditions; men cannot be healthy if animals or crops are not. There are needs to find the solution and compete with the challenges, human response to the environment is creating the pollution; social groups can interact frequently to improve the environmental or climate change.

Effects and Control of Global Warming