Biopesticidal potential of some local plants

Over year, chemical pesticides had made a great contribution to the fight against pest and diseases. However their widespread and long term use resulted in insecticide resistance and bio-magnification of insecticides, which in turn resulted in many primary and derived agricultural products arose, which endangered both the general environment and human health (Shen and Zhang, 2000). The use of synthetic organic insecticides in crop pest control programs around the world has caused tremendous damage to the environment, pest resurgence, pest resistance to insecticides and lethal effect on non-target organisms (Abudulai et al., 2001).

Biopesticides are attracting global attention as new tool to kill or suppress pest population such as weeds, plant pathogen and insects while posing less risk to people and environment than synthetic pesticides (Saxena and Panday, 2001).

Globally, the use of biopesticides havesteadly increased by about 10 percent (Bailey and Mupondwa, 2006). Biopesticides are typically derived from living organisms like plants (Kabaluk and Gazdik, 2005).

In recent years use of many of the former synthetic insecticides in mosquito control programe has been limited. It is due to lack of novel insecticides, high cost of insecticides, harmful effects on human health (Russell et al., 2009). Mosquito can transmit more diseases than any other group of arthropods and effect millions of people throughout the world. WHO has declared the mosquito as public enemy number one (Lopez and Pascual, 2010).

In the past decades, apart from the pyrethrum which has attained international and commercial acclaim due to its high effectiveness and broad spectrum insecticidal activity, very few natural insecticides have been developed (Rajapake and Ratnaseka, 2008).

In contrast with older chemicalsor synthetic pest control strategies which generally utilized a single chemical, and hence a single mode of action, modern biopesticides seek to take a more holistic approach. This holistic approach recognize that chemical mode of action are necessary or beneficial, but not always sufficient on their own, for successful pest control (Bailey et al., 2011)

The resistance to biopesticides in target organism was not easily generated unlike in many cases of their chemical counterparts. They are fast becoming a new trend in the global pesticide industry.

Plants that I was used as a biopesticides Eucalyptus and Calotropis . Some eucalyptus species have attracted attention from horticulture global development researchers and environmentalist because of desirable traits such as:

Outside their natural ranges eucalyptus are both lauded for their beneficial economic impact on poor population.

Eucalyptus are the basis for several industries such as saw-milling pulp, charcoal and others.

Eucalyptus oil is readily steam distilled from the leaves and can be used as industrial solvent. It is also used an antiseptic.

It has insect repellent properties  and is an active ingredient in some commercial mosquitoes repellent.

Eucalyptus is the principal source of eucalyptus oil worldwide.

Calotropis is a genus of flowering plants in the dogbane family, Apocynaceae, first described as a genus in its native to southern Asia and North Africa.

They are commonly known as milkweed because of the latex they produce. Calotropis species are considered common weeds in some parts of the word. The flowers are fragrant and are often use in making floral tassels in some mainland southeast Asian cultures. Fibers of these plants are called madar or mader. Calotropis are usually found in abandoned farmland.

The milky exudation from the plant is a corrosive poison. Calotropis species are poisonous, calotropin, a compound in the latex, is more toxic than strychinine.

Calotropin is similar in structure to two cardiac glycosides which are responsible for the cytotoxicity of Apocynumcannabinum.

Extracts from the flowers of calotropis have shown strong cytotoxic activity. The extracts also harmful against mosquito, and also for human beings that harm the human eyes.

Cattle often stay away from the plants because of their unpleseant taste and their content of cardiac glycoside. 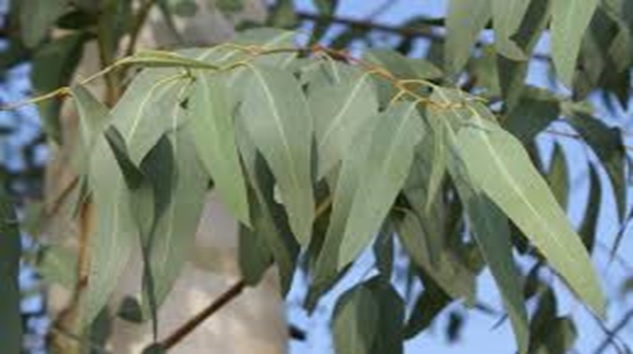 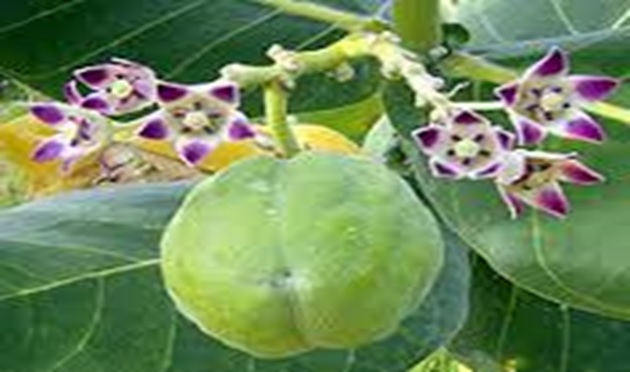 Worldwide, the geographical range of Aedes mosquitoes extends well into Northern and arctic areas, where they can be vicious biters and serious pests to both people and livestock.

Eggs are usually black, more or less ovoid in shape, and are always laid singly. Careful examination shows that the eggshell has a distinctive mosaic pattern. Eggs are laid on damp substrates just beyond the water line, such as on damp mud and leaf litter of pools, on the damp surfaces of clay pots, rock-pools and tree-holes. Eggs can withstand desiccation, the intensity and duration of which varies,but in many species they can remain dry but viable for many months or occasionally a year or more. When ﬂooded, some eggs may hatch within a few minutes, while others of the same batch may require longer immersion in water before they hatch, and consequently hatching may be spread over several days or weeks. Even when eggs are soaked for long periods some may fail to hatch because they require several soakings followed by short periods of desiccation before hatching can be induced. Even if environmental conditions are favourable, eggs may be in a state of diapause and will not hatch until this resting period is terminated. Various stimuli, including reduction in the oxygen content of water, changesin day length, and temperature, may be required to break diapause in Aedes eggs. Larvae of many Aedes species occur in small container-habitats (tree-holes, plant axils, etc.) which are susceptible to drying out; thus the ability of eggs to withstand desiccation is clearly advantageous. Desiccation and the ability of eggs to hatch in instalments can create problems with controlling the immature stages .

Aedes species usually have a short barrel-shaped siphon, and there is only one pair of subventral tufts, which arises about one-quarter or more from the base of thesiphon. There are atleast three pairs o fse tae in the ventral brush.The antennae are not greatly ﬂattened and there are novery large setae on the thorax. These characters should separate Aedes larvae from most of the culicine genera, but not unfortunately from larvae of South American Haemagogus.

Many, but not all, Aedes adults have conspicuous patterns on the thorax formed by black, white or silvery scales (Fig. 3.3, Plate 3), and in some species yellow and/or brownish scales are present. The legs often have dark and white rings (Fig. 3.4b). Aedesaegypti, often called the yellow fever mosquito, is readily recognized by thelyre-shaped silvermarkings on the lateral edges of the scutum. Scales on the wing veins of Terminal abdominal segments of an Aedes larva, s. 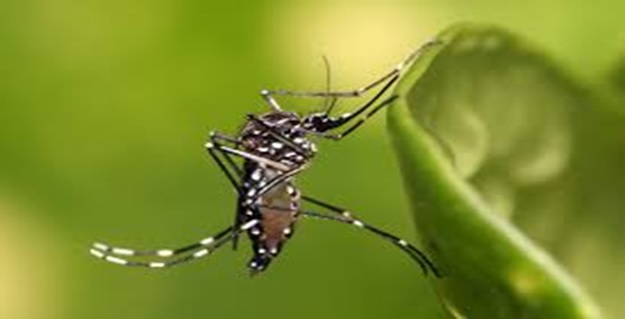 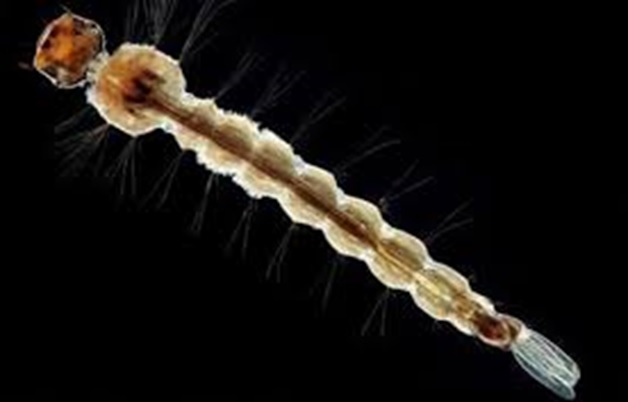 Extraction was the crucial first step in preparation of plant formulation, because it was necessary to extract the desired chemical component from the plant material for further separation and characterization.

Plants that was used for experiment such as: 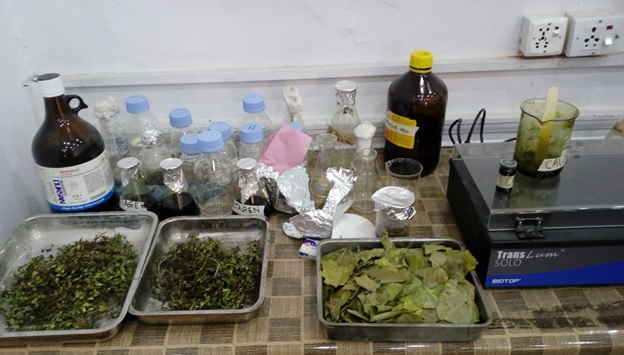 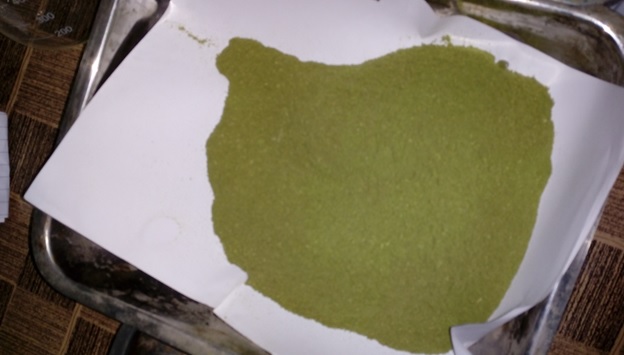 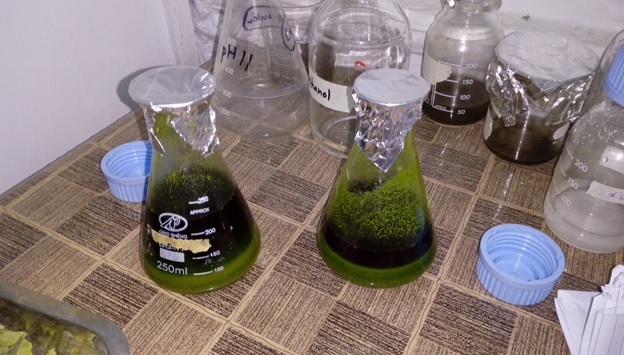 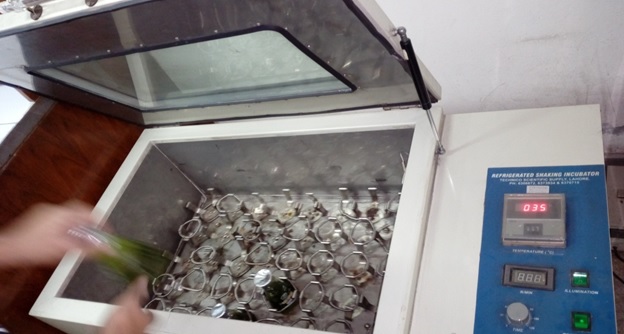 I prepared 10% stock solution, took 2.5g of extract of Calotropis mix it with 25ml water, as a result the solution was ready, that is called stock solution. Then prepared three dilutions of this solution.

The determination of relative strength of a substance (e-g toxicant) by comparing its effect on a test organism with that of a standard preparation is called bioassay.

Mortality in different groups of dilutions:

1.In each dilution there was maximum mortality after 4 hours of the exposure.

So, I found that calotropisgigantea was very effective botanical against the larvae of Aedesaegypti.

Mortality in different groups of dilutions:

So, it was found that Eucalyptus globules had good biopesticidal action against A. aegypti larvae.

Chapter#4: Summary of the Work

Summary of the work:

By keeping in view all these reasons I used some local plants in which biopesticidal potential was present, and it was friendly with the environment.

I used Eucalyptus globulus and Calotropisgigantea that had biopesticidal properties.

I washed these plants and then grand it into fine powder to get the extracts of these plants, then made stock solution, and then further made dilutions from them. I choose the larvae of A.aegypti  as a model animal to check the effects of these extracts on them. I gave the exposure to larvae of both extracts dilutions, as a result of exposure mortality was occurred. So in result of that I came to conclusion that, local plants have biopesticidal quality

The need to use biopesticides arises from the facts that the synthetic pesticides are harmful to humans, and the entire ecosystem due to high toxicity and persistence. Also, they are too expensive for the poor farmers in the developing countries of the world. On the other hand, biopesticidesare cheap and bio-degradable and are therefore environmentally friendly.

I learnt many things that I had just theoretically studied in literature. The thing I observed during my internship period is that there is a big differences in practical and theoretical life and this may be due to some different factors and external environment. Internship also improve my analytical skills. During my study I just theoretically studied about different instruments and their operations but after my internship now I have full command on these equipments. I can operate them easily without any hesitation. During my internship period I also learnt team work that how team efforts made all the work easy and successful. Now I also have full command in performing different lab activities and in solution preparations.

Now all these things were a part of my cognitive learning.