It is researched that today’s social interaction is becoming the source of advertising for the people; 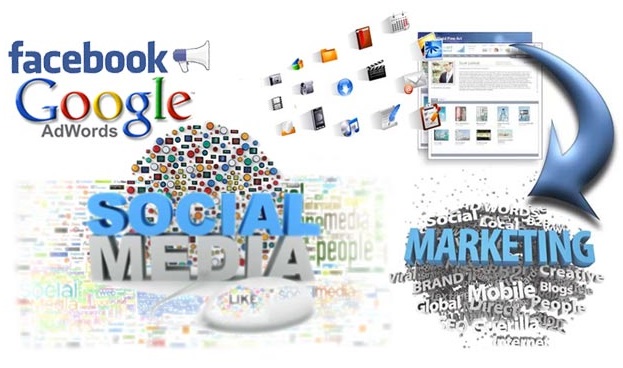 The company’s focus on making the perfect advertisement by the professional of media content, nowadays the media content is providing effectiveness, the marketing the social media is given stress, the user generated content is also effective, the general public could also make the advertisement that can effect on one’s mind. The general public know much about the mind of then people, sometimes better than the professional so general public could be operative in this way. Online advertisement is a source or vehicle now giving advantages to the public as well as the companies.

Various internet online service are becoming the electronic word of mouth, it is investigated that more people are attracted towards the product by seeing each other’s. The electronic word of mouth is influencing or the motivation for the people or the companies to enhance the profit. It is estimated or considered by the researchers that user generated content is much effective instead of the media professionals, the user generated content is effective as the people have the information about the peer, there are several types to influence the peer or customers, not only single source is effective, the users are fully aware about the sources and they interplay among various sources.

It is based on the social identity theory that depends on the market research. The people are more attracted by the social influence or collective influence. I believe that collective influence is better than any other source of promotion because people see themselves as a representative of a particular group, they do not see them self as an unique individual so the model is effective, the group can perform better rather than individual or the performance could be effective when one is in a group. Social networking services, are more effective or efficient through the collective influence rather than the individual influence, as one have the own preferences and taste, so it might be difficult for the companies or user generative content to target the one, the people or customers when see that people are appreciating the product through the electronic word of mouth, their mind is positivity attracts by increasing the social influence, the source when become well-known to the user or the customer the long-term membership is established.

Behavioral intention can also evoke or changed the recipient’s attitudes the products, the participant can engage themselves in the product and services when they are a part of group. The user generated content, might also engaged the advertise product, the behavior is not always same there are changes in the attitudes and the behavior with the change in the time, that should be or need to be noticed by the advertiser. To keep engage the people with the product and services is not possible for the long-term or time, there are need of innovations if the people or customers needed to be engaged. The study about the behavioral change may have been difficult, but not impossible, one have to stay up-to-date with the time and there is a need of proper researcher of the market and current behaviors of the individuals or groups.

Some attitudes are difficult to study, not all researches give you the accurate results, and however, the attitudes of a group is matter than the attitude of the individual. It is difficult to study about the every product and the customer response and attitude for the product. The assessment can be helpful for the user generated content, to know about the priorities of the customers. The lack of influence, like if the advertisement are not designed according to what people demand or desired off, then there could be chance of failure of the product, researches are not accurate all the time, assumptions and expectation could be helpful in future for the design of the advertisement. Fitting the collective connection, is better than the interpersonal connection, to influenced the people by the by the sources are not sufficient all the time, there are need of identification of the connections or attitudes of the people depending on the behavioral intentions. The behavioral interactions or the connections can affect or influence one directly, the positive factor could be take place.

It is concluded by the study or the research that degree of identification is necessary for the selection of the source for advertising. Social identification about the sources, could be beneficial for the present and future intervening factors. Based on the research or results that have been conducted on the social groups it is known that group influence is the successful application rather than the others, the study suggest the approach of social identification with the collective influence. However, the online users can also be targeted by the individual or interpersonal influence.

On the practical level the media advertising professionals can control their publishing content, the online content must be effective and must be interesting, before it is published, with the behaviors and interest of the people the content need to be focused and then published. The user generated content is more effective as compared to the professional, by adding comment to the content the users can make it more attractive for the people or customers. The user generated content, is not limited to the Facebook, it is researched that user generated content is also extends to the other social media also along with the advertisements.

The people are influenced more by the websites, like YouTube video can influence the YouTube users, there is just proper need of assessment by the users generated content, the advertisements need to be clearly and closely monitor, the conversation on the online adds should also be monitor to know about the people and their psychological behaviors. The brand online advertisements, in an appropriate way can draw the attention of the consumers to get in touch with the advertisements or the websites is important to get in touch with the customer, the content is needed to share in the favorable way; or that seems favorable to the consumers. Professionally created content can effect or influence the consumers’ minds, to generate best content for the mass audience is the need of the hour.