The Economy of the United Kingdom

The United Kingdom is known for the fourth-largest, direct investment that is done in the inward foreign, the 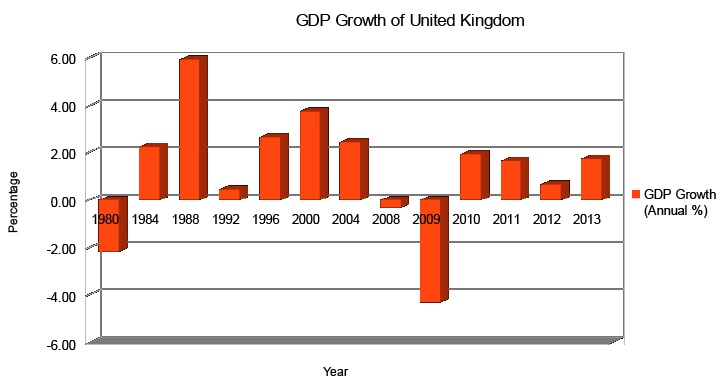 country has the globalized economies with the 78% of the GDP. The United Kingdom has the World’s largest of the global financial center. The major financial operations are carried out in the London; the country is generating good finance from the pharmaceutical industry because there are 500 largest companies in the country. The United Kingdom has invested in the pharmaceutical research in order to get the maximum benefits, thus, it has the third-highest share of worldwide transactions. The United Kingdom economy is also getting benefits from the natural resources, however, it was estimated that the country has the 2.9 billion barrels of the sea oil and the gas (Sharma, 2016).

The OECD report said, in the years 1950s and 1960s there was the prosperity in the country, as estimated by the annual rate of growth. The companies there are indulge in the heavy industry and developing or manufacturing item, in order to make the strongest economies. The United Kingdom has the strongest economy, because there is less inflation, interest rates, and very less unemployment. The economy of the country was happy until the 2008–09 recessions. In the year 2008, the IMF focused on the UK economic outlook and notices the rising and increase in the commodity prices.

The United Kingdom is also exporting financial services to the countries and earning much from the goods and commodities. Therefore, in May 2008 UK government has focused on the fiscal policy in order to broaden up the scope for the internal and the external balance. The United Kingdom is focused on the foreseeable future and to shore up the economy, the United Kingdom currently has the better world capital and the better foreign exchange trading because it is known as the third-largest economy major in the retail center. It was estimated that United Kingdom has the high-street retail was about 33% and the consumer spending that was estimated was about 20% of the GDP.

The United Kingdom is facing the serious issues of the transport problems, as there could be the increase in tension by 2025, therefore, the government of United Kingdom focused and investing on the road pricing and expansions so that the transport network can be enhanced in the UK cities (Beyer, 2015).