With Particular Reference to What has been Called the “Real Price” of Oil, Discuss Two Possible Developments in Air Transport in the E.U. Over the Next 10 Years

The Europe lags behind the USA in the field of space researches, they are not coordinated and scattered in various national programs and the centers. One of members of the European commission has declared that competitiveness of the European aviation industry depends on researches. As he said, if Europe wishes to keep the value in the aviation world, it should not split up the research programs or be scattered by resources, that undoubtedly occurs because of absence of coordination.

Recently in Hamburg the conference “the Sight-2020” took place. It was aimed at exploring the main directions for aircraft production in Europe; the plan was proposed for nearest 20 years. As the key directions the following have been named: 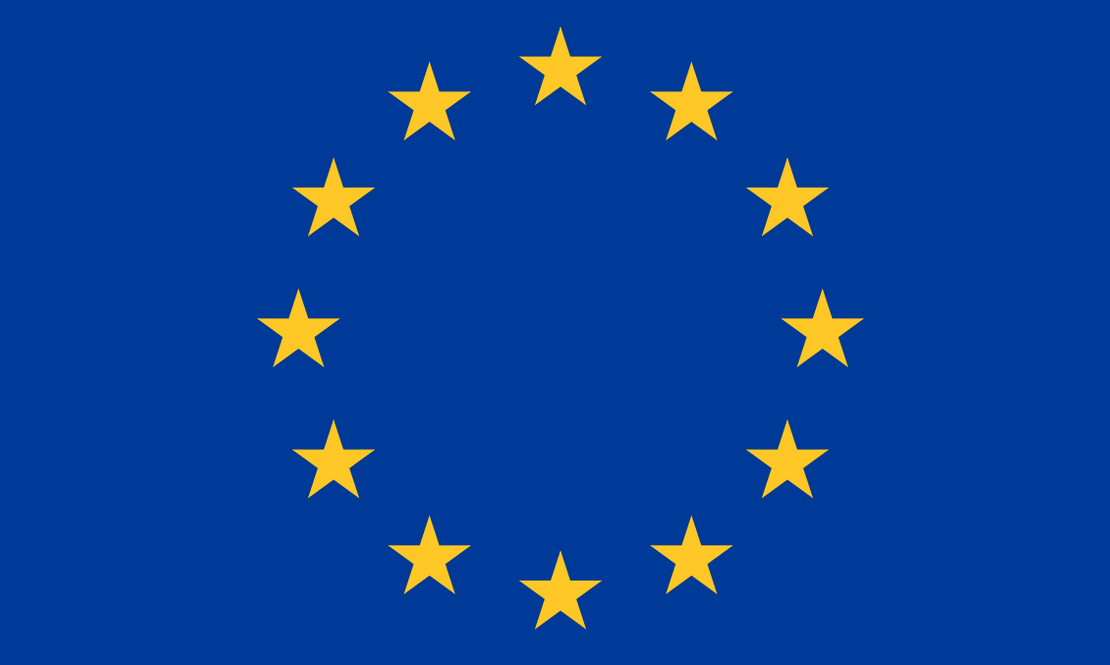 The European commission has established the supervisory council for the middle of 2001, as if to ways of cooperation work on revision of policy of cooperation between the EU countries-members now is conducted.

The experts consider that the aircraft cannot develop in vacuum; its condition and development are defined by a society. The industry should satisfy constantly growing needs: reduction of cost of transportations, improvement of service, increase of a level of safety and conformity to ecological requirements, and also creation aviation transport system that would work with other networks of transport. To conclude that if this utopia is to be achieved by 2020, it will entail a number of other radical changes in Europe (Kassim, 2007).

New technical decisions and systems are therefore required to allow aircraft to fly under any weather conditions and also to adjust certain requirements for optimum airspace differentiation between civil and military operators. Airport management systems need to be modified, too.

Ten years ago, space work was not performed within the EU. The European Commission, however, includes a wide spectrum of research programs aimed at preserving the aviation industry’s competitiveness for today. The frame agreements were concluded for the acquisition of objects. On the budget increase it is possible to judge the extent of aircraft production in Europe over the last 10 years. The second frame agreement (1989-1992) has allocated for carrying out of researches in the field of aircraft 35 million euro, and the last one, the Fifth agreement has finished this sum up to 700 million euro. It shows how much seriously Europe concerns about the aviation industry. Today 30 % of all researches in the field of civil aircraft is sponsored by the EU, various projects are sponsored EU half-and-half with partners, thus, cumulative investments in researches make 1, 4 billion euro. For an example, direct investments of EU in the development of the effective and ecologically pure aviation engines make 100 million euro. The fifth frame agreement, calculated for 4 years, has supported 83 research projects in the field of aircraft, as much, as the Fourth agreement for all time of the work (Dagtoglou, 1992).

It is necessary to note the program “the Support of development and growth of competitiveness of the European industry”. The Primary goals of this program are acceleration of economic growth of branch and creation of new workplaces by means of introduction of innovations. The program of growth can be divided into key and general actions. The aviation program is carried to the first. The development and manufacture of new materials, metrology belongs to the general actions and tests. In the aviation sector now, it is possible to allocate the following projects: improvement of configurations of planes, protection against external dangerous influences, reduction of noise, improvement of aerodynamics, improvement of methods of manufacture of onboard systems and aviamanufactures in general (Kassim, 2007).

As an example of the research project within the Fifth agreement it is possible to result the program CORSAIRE. This program is directed on coordination of researches for studying influence of planes on an environment. CORSAIRE – the incorporated program directed on understanding of influence of aviation exhausts on the top layers of troposphere and the bottom layers of a stratosphere. CORSAIRE it is sponsored by the Council of Europe at a rate of 50% (5,3 million euro) and several national programs. Also in this sector it is possible to note the program MOZAIC. This program is conducted by airlines Air France, Lufthansa, Sabena and Austrian Airlines together with Airbus and its purpose is measurement of concentration steams and ozone in the top layers of an atmosphere. Despite all reasonable efforts, undertaken by the EU, there are some moments which cause fears. First of all, this a strong backlog from the USA in sphere of carrying out the researches, in particular, in quantity of the means put in research programs. So, if in the USA for the carrying out the researches 2, 7 % from gross national product is given, in Europe this sum makes 1, 8 %. In this connection in Europe the actions directed on strengthening of research sphere are directed (Kassim, 2007).

Airlines hope, that the future years will become more successful, than the previous as the volume of global passenger aviatransportations in 2006 has decreased for 2,4 percent. The experts of various European airlines predict, that the growth of a world volume of passenger traffic in 2007 should make from 7 up to 8, 7 percent.

Meanwhile the prices for oil beat all records. Only since the beginning of this year the world prices for “oil” have raised more than by 20 percent, having reached a maximum level more than for 20 years. According to the situation the prices for mineral oil grow: the ton of aviakerosene costs already almost 400 dollars. At the same time the aviation companies in order to prevent possible losses have been compelled to raise the prices for air tickets as soon as the prices for oil have passed a mark 40 dollars for barrel. The companies Air France, KLM, Spanair, and British Airways have raised the price by 4 euros for the ticket. The British have declared the growth of prospective charges on fuel at a rate of 263 million dollars and have raised the prices for tickets for internal lines by 2, 5 pounds and by 4,44 dollars for international.

However, representatives of the companies believe, that the increase in tariffs can be temporary. “The discount” will be cancelled as soon as the Brent grade’s monthly average oil quotes return to $30 per barrel. However, while the fundamental factors operate, they do not testify at all to forthcoming downturn of quotations. And at a power forum in Amsterdam it was hinted that the present price level is “a new reality”, instead of something extraordinary. In fact the cost of tickets for planes within last five years did not decrease, in spite of the fact that cost of kerosene fell. Therefore “the price corridor” can work only in one direction – increases (Klare M., 2004).

In addition the wars around oil play a great role in all spheres of economy nowadays. It is a fact that wars mean conflicts of interests, great expenses of both parties, the fall of economy (in the territory, occupied by the war), sometimes political prices are possible. This means that the countries producing the oil and engaged in wars at the same time are limited by the conflicts and can not have normal foreign trade. Moreover it is very difficult to invest some capital into the country, engaged in the war. So there are two possible ways of development of the relationship between Europe and oil-trading countries – the USA and Russia.

It should be mentioned that it is very difficult to make some prognoses before there is no stable oil policy in those countries. Nevertheless the analysts of the European companies consider that the expenses for fuel at their airlines make about 16 percent. At the same time the experts mark, that the growth of the world prices for oil practically does not influence the Russian carriers, explaining it is that the prices for an aviation fuel grow in Russia more slowly inflations. So, in 2003 inflation has made 12 percent, and kerosene has risen in price for 10,2 percent, the average tariff economical class on internal lines in the past to year has grown by 11,7 percent. Probably, the prices for tickets have reached a highest mark (Klare M., 2004).

In Washington and Brussels talk much about the indestructibility of transatlantic partnership, but the economy of the USA and the European Union are now the largest world competitors.

The External observant group, the competence which includes the precise definition of the European priorities in the field of researches, is formed. In particular, the document ARTE 21 is prepared. It concerns the space researches and technologies in the Europe 21 centuries, and also outlines the basic directions of works in the field of researches and technologies which are necessary for achievement of the purposes put by the program “The Sight -2020”. In ARTE 21 the attention is given to such aspects as the natural factor, safety, capacity of an air transport, comfort of passengers, and also competitiveness of branch. For each of the set above factors the concepts based on hundreds research and technical requirements are defined. It is necessary to note also an irreplaceable role of the Internet in the occurring events. The worldnet has introduced absolutely new ways of dialogue and transfer of the information which are widely used by the Commission. If earlier the research establishments and the small companies could feel shortage of the information, now, with the introduction in action of the site CORDIS, they have an opportunity to receive any information, concerning the research programs supported by the EU.

The Essence of the conflict is that Americans and Europeans during the long time alternately accuse each other in “illegal” (i.e. a framework of decency exceeding all and limits of WTO) state support of avia-building branch.

In general the situation reminds a vicious circle. On the one hand, both EU, and the USA recognize, that their scale state subsidizing aviation industry undermines the world market of aircraft. When the state participation in financing the commercial project reaches 30 %, it is impossible to speak about the “cleanliness” of a competition. But on the other hand, they understand that the aviation branch is one of the major engines of their economy. It represents “the clot” of high technologies, hundred thousand workplaces with high qualification of work, and also range for technologies of military purpose. Therefore the majority of opinions converge that nobody will cancel grants for the aviation industry. Experts-realists call the EU and the USA to agree not about terms of a cancelling the grants, and about the sizes of state support of aviation branch (Graham, 1998).

In conclusion it is worth saying that everything that was mentioned above proves the perceptiveness of the air transport branch all over the world. The oil ‘real prices’ have a great impact on this sphere. So, two possible ways of development are possible. Both of these ways are connected with the cooperation with the oil-countries: Russia and the USA. The difficulty of cooperation with Russia is its unstable position in the world economy arena. On the other hand the USA began to be politically unstable.