For over a decade now, America’s worst drug crises have caused an exasperating increase in deaths, crimes, and suppliers of illicit psychoactive substances. Today, millions of people suffer from drug abuse, and one in four deaths is caused by illicit drug use. Deaths are associated with drug overdose more compare to other preventable health conditions. Drug addicts are prone to unintentional injuries, fatal accidents, and domestic violence. Some people blame current government policies for these calamitous results of drug abuse and argue that stricter law enforcement and sanctions can help put an end to these issues. However, others believe that the black-markets of addictive drugs will keep progressing until drugs are legalized by the government and that billions of dollars spent on drug prohibition yearly are wasteful because as they perpetuate illegal drug markets. Despite the alarming increase in these seemingly unspeakable drug abuse issues in America, government officials are still reluctant to reach a standpoint in this regard. The fact that the legalization of drugs, which means the availability of drugs widely to every willing buyer, will cause a drastic increase in the use and thereby harm of drug abuse is already self-evident. However, the outcome of making such a rigorous exchange of existing drug prohibition policies with legalization and teaching programs should be placed under scrutiny beforehand for those who still consider drug legalization a hope.

Over the past ten years, reports have shown that millions of people in America died because of drug addiction and overdose. Moreover, millions of people had been incarcerated for drugs during the last ten years. Overall, drug abuse fluctuated and reached a peak level in the late 1970s, which later decreased during the 1980s. However, after an increase in the rate of drug abuse in the 1990s, it has stayed relatively similar, and the opioid epidemic remains a common issue in America ever since. The 2007 National Survey on Drug Use and Health data indicate that about 46.1% of individuals 12 years of age and older in the United States—an estimated 114 million individuals—have tried an illicit drug at least once in their lifetime, 40.6% have used marijuana, and 29.7% have used other illicit drugs (Curr Psychiatry Rep, 2009). According to the results of recent ongoing large-scale population surveys, the number of individuals who report prescription drug abuse has been increasing as well. Not just in America globally, psychoactive substance abuse causes around 12 million death each year both directly and indirectly (Ritchie and Roser, 2019). 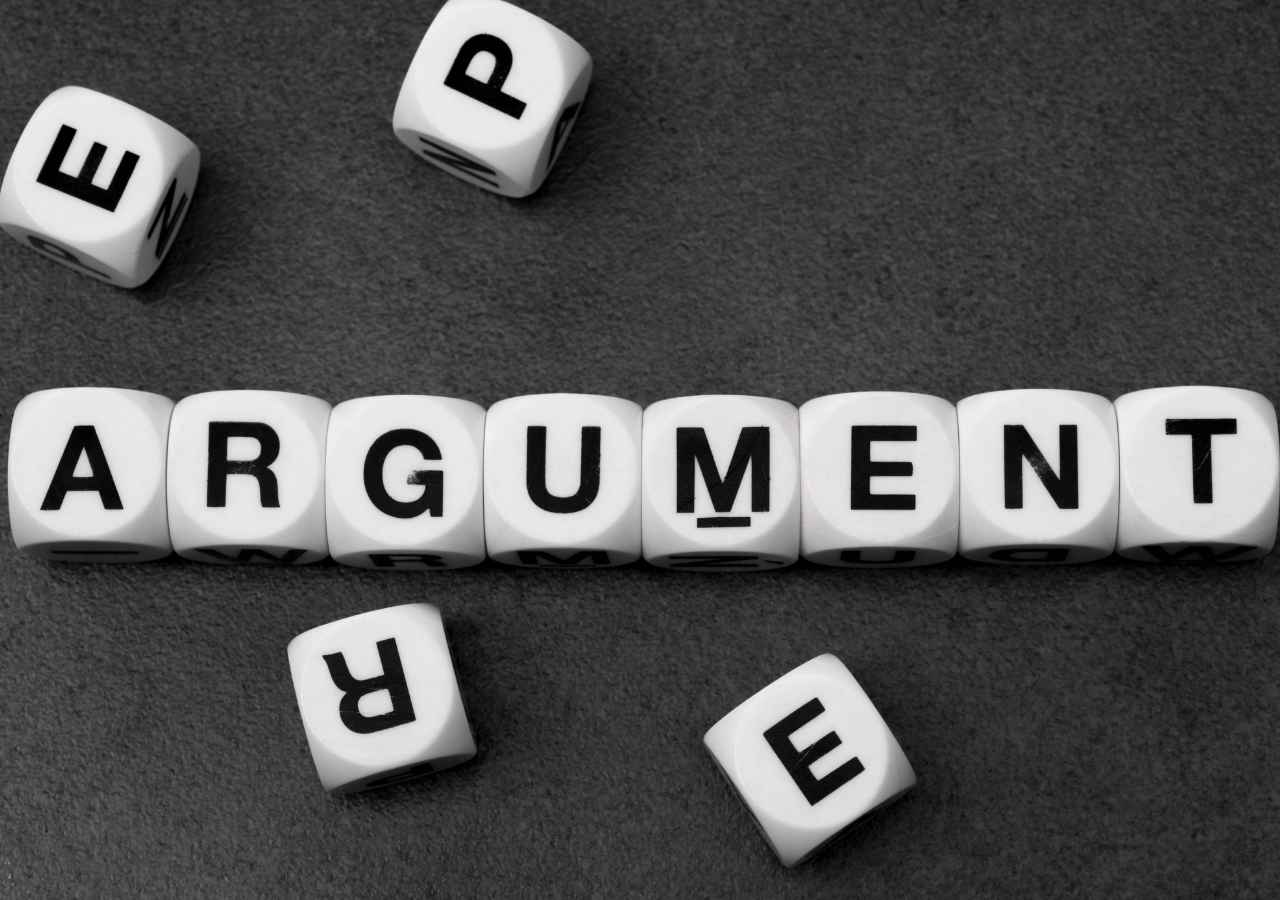 These statistics show that somehow the prohibition of drug abuse in America has failed badly. However, it is also more than clear that the alternative of drug legalization that people are so optimistic about will certainly prove to be counterproductive by increasing the rate of drug abuse even more. The legalization of alcohol and marijuana provides a poor example of the legalization of psychoactive substances as it led to a further increase in their use. From 1994 to 2014, the number of regular marijuana consumers has increased by 772% (“National Survey on Drug Use and Health”). According to national household survey data, 51% of the 12 years and older Americans have used alcohol in the past thirty days, whereas 11% of them have used any illegal drug. A greater percentage of American people use those drugs that have legal and widely available.

Legalization is Not Cost-Efficient

The foremost argument that many people put forth when it comes to the debate of drug legalization is that current prohibition policies law enforcements against drug supply should be repealed and disbanded as it is very expensive to enforce them. The government of the United States spends tens of billions of dollars every year to intercept drug supplies at borders, to stop corruption by illicit black-markets, to cover for damage caused to minorities, to stop progressing criminal organizations, and to overcome increasing predatory crimes committed by drug addicts. Over the last 40 years, the government of the United States has spent a total of more than one trillion dollars (Lopez, 2017). Although the legalization of a drug may reduce the amount of money spent on law enforcement and the drug war, however, it will still increase the expense in other ways. Increased supply of drugs will increase the number of drug addicts rapidly, ultimately calling for serious health crises throughout the country. The government will have to spend more money on medical because of increased public-health costs. Decreased productivity of workers who are drug-dependent will affect the economic stability of the country. Therefore, legalization will not be as cost-efficient as many people believe it will have a negative impact on the economy. Even if the sums spent on drug wars are not negligible, but poor economic productivity still remains a bigger threat as it takes some countries years and years to recover. Legalization is not a solution. Instead, it will increase the availability and use of illicit psychoactive drugs by the masses, criminals will still exist, violence will remain persistent, and drug suppliers will adopt new ways to make money. Instead of the legalization of drugs, the government should tax the sales of drugs and decriminalize drugs on all levels. Drugs have ample physical, mental, and harmful social effects, and they disrupt familial relations and put communities in health crises. Even if drugs are legalized for adults, illicit black-markets of the drug will still keep selling drugs to kids, and therefore criminal activities will still continue. Moreover, the drug war has not failed completely since the 1980s cocaine used has been reduced by 40%, whereas methamphetamine used has been reduced by 50%. (Boaz D., 2007).

Some people argue that they cannot be certain of the drug legalization outcome yet, and for that reason, only drug legalization should be put in effect. Therefore, even if it is true that drug legalization will cause a dramatic increase in drug abuse, it should still be carried out to justify the existing policies on limiting drug use for those who believe that the legalization of drugs is a solution. However, history is the evidence of poor drug legalization effects, and throughout the years, it has only increased drug abuse and, thereby, criminal activities and violent behaviors by drug addicts. How can the people expect to have a different outcome out of the exact same measure? Alcohol, Tobacco, Nicotine, and Marijuana are the four main examples of drug legalization that never decreased their use in America. Alcohol and tobacco alone are responsible for approximately 500,000 premature death every year due to high blood pressure, chronic heart disease, liver failure, lung disease, and fatal car accidents. Alcohol and tobacco are more widely used as compared to illegal psychoactive substances. As shown by nation household survey data, 51% of Americans have used Alcohol in the last thirty days, whereas only 11% of the people have used any illegal drug. According to recent findings, Alcohol use is responsible for 40% of both violent crimes and fatal accidents as it affects the nervous system on excessive use (Boaz D., 2007). From 1994 to 2014, the number of regular marijuana consumers has increased by 772% (“National Survey on Drug Use and Health”).  Furthermore, nicotine kills more people compared to both alcohol and drugs altogether. In comparison to these four lethal substances that have been legalized by the government, psychoactive drugs are not in any way beneficial that the government should ever consider legalizing them. As for the argument that some other people present that today people are more modern and educated, and the government can further promote more educational programs to teach people about drug use after legalizing them. When drug wars and law enforcement have failed at some point, how is it guaranteed that educational programs alone will suffice? In fact, educational programs will be more effective with probation laws instead of the legalization of drugs.

Drug legalization would straightforward mean increasing the availability and consumption of the harmful psychoactive drug that cost people their lives, in an attempt to reduce criminal activities and violence. To conclude this argument, drug legalization is not a gamble worth taking as the possible disastrous effects outnumber the few expected benefits. The government should focus on tougher penalties for drug suppliers and tax drug sales on all levels. In addition to the decriminalization of the drug, there should be more educational programs to teach people of all ethnic groups about drug abuse.