The term ‘ Domestic terrorism ‘ refers to the mass killings that take place in America by white supremacists. The homegrown domestic terrorism is highly motivated by racism, white supremacy, hatred of government, and immigrants. White supremacy is a growing global threat, nowhere more than in America. The hate fueling the ideology is hardly new, but it’s rising in these times is certainly alarming and very risky. White supremacy has been on the rise since the 1990s. It was sparked by anti-immigrant policies, xenophobic actions on both the political left and right wings. This phenomenon, combined with the institutionalized press with the 2008 economic crisis creating this perfect storm in which a range of political entrepreneurs have been able to exploit the white racial resentment and translate that into the electoral gains and the normalization of the extremist language in every day as well as political life.

In recent years there have been many attacks, including the 2015 attack on a black church in Charleston, the 2017 car attack in Charlottesville, the 2018 shootings at a synagogue in Pittsburgh, and the major shooting in El Paso. President Trump’s failure to call the El Paso attack as an act of terrorism has certainly angered many people. If a white supremacist commits mass murder, he is not said to be a terrorist, and this certainly does not make sense as it’s the opposite case when it comes to a non-white individual. The rise in this violence is focused on more as it seems very new to Americans because of social media and because of the way that these attacks go viral in the current moment. It’s actually a strategy that has been perfected at this moment over decades. The scale permitted by the outlets in the technologies of communication and the technologies of killing allows the body counts to go higher and higher with time as seen now. Journalists have also been complicit in the narrative that often paints white perpetrators as ‘quiet’ or ‘lone wolves’ rather than labeling them terrorists, as they’re quite often to non-white perpetrators. Extremist attacks committed by those who are Muslim receive an average 357% more U.S press coverage than those people committed by non-Muslims, according to a recent university study. In fact, Muslims and Jews are among the most frequently targeted people of this violence. In the people’s minds, they don’t really put together that this pattern of violent activity is connected to one ideology based white supremacy, in the same way, that they think about extremist Muslim violence. But when it comes to actually being charged by terrorism, recent data from the non-profit investigate ‘The Nation Institute’ shows that when terrorist incidents result in an arrest, Muslim perpetrators are far more likely to be charged than the white perpetrators. A very small number of white supremacist cases result in terrorism charges, but statically, white American men in the U.S pose a bigger threat than foreigners. There is a very narrow range present under the law that applies to domestic terrorism, where someone can be absolutely charged with a terrorist offense. It usually revolves around things like whether they used a weapon or not. 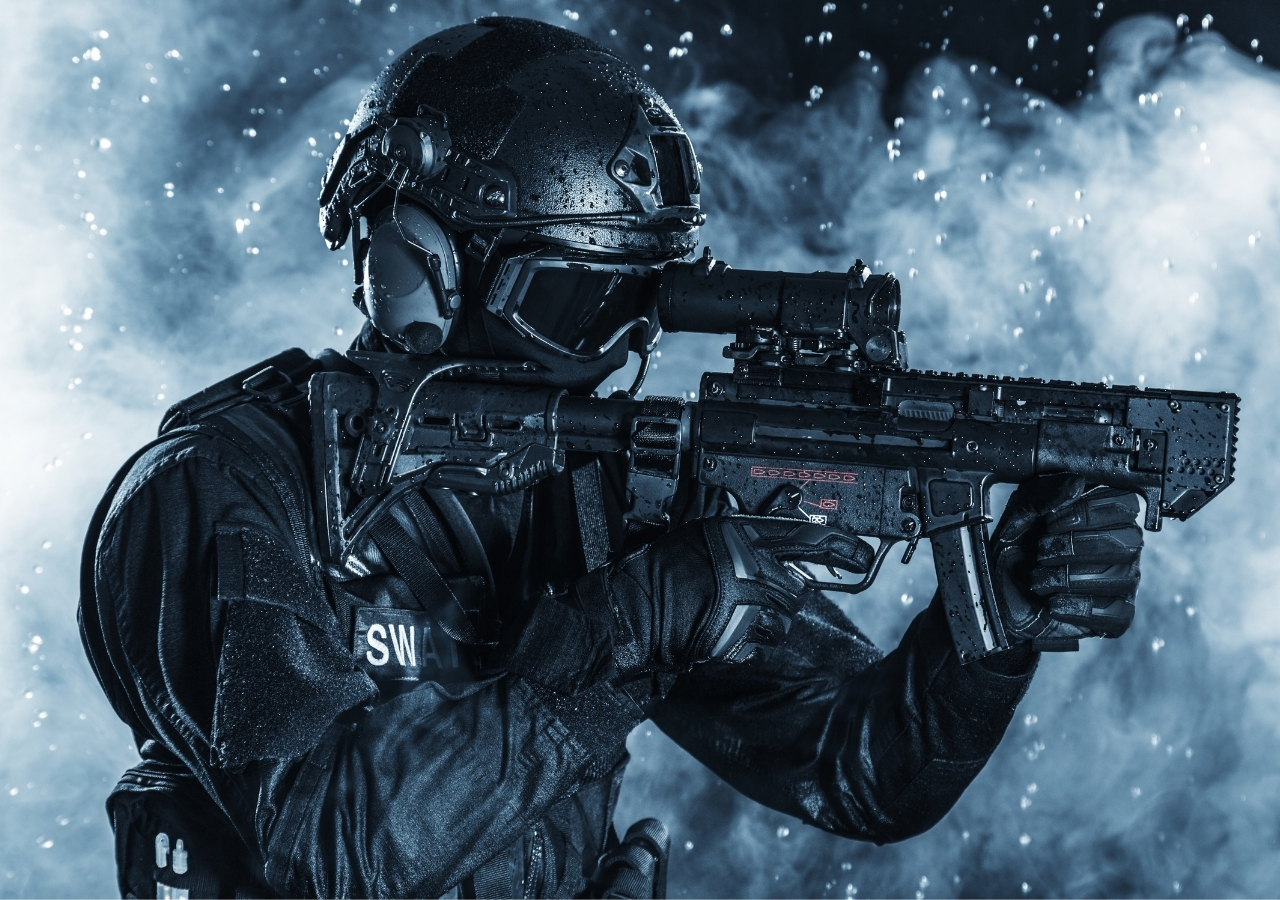 How Domestic Terrorism is Affecting America

There have been studies on why these mass shootings take place in the first place. It has been found that there are triggers, motives, and behaviors leading to attacks in public shootings. Regardless of the type of individual that carries out this attack, there is really no one file. But there are common themes seen in their profiles overall. Some motives are ideological nature attacks, supremacist beliefs, anti-Semitic, anti-abortion. However, the majority of individuals who carried out these attacks are doing this in retaliation to some grievance, which they say has been done to them in the past. It has been seen in from the reports that nearly every single perpetrator of a mass attack in the year 2018 made concerning communications prior to their attacks. They also engaged in other concerning behaviors that proposed fear in the people around them. This called for escalated anger and aggression, social media posts with violent content, paranoia, and erratic behavior. These acts of violence going on are a part of the social movement that has had a broad purchase across the U.S in every region across gender, age, and class. What is being seen is really the fruition of decades of organizing that movement, which came together after the Vietnam war, which brought together Klansmen, Neo-Nazis, Skinheads, and other activists into a coherent white power movement. In fact, where we are now is responding to the fact that we never had a coherent prosecution of this movement, nor a large scale public response to this movement. And it’s a large problem of the American nation. The endpoint of these collisions might be a race war. Americans do not have a terrorism statute that applies to the domestic ideology inspired extremism because they are not associated with foreign terrorist organizations. So the government cannot charge the white supremacists with the terrorist crime, and they can argue that it’s very prejudicial to be called a terrorist.

The Response of the FBI against Domestic Terrorism in America

America has fewer FBI agents and fewer analysts that are looking into this issue. At the same time, there are about a thousand active investigations when it comes to ISIS and a thousand active investigations when it comes to domestic terrorism. The FBI has to focus on this in a coherent way. If the numbers are looked upon, they are generally at par when it comes to violence, and the difference is how the Americans address it. When it comes to law enforcement, the material support in the terrorism clause, which allows a person to interject themself. Law enforcement is a much earlier process that is done for domestic terrorist groups. There are tools for law enforcement, and there’s also less coordination going on the federal level. The FBI has seen an increasing number of domestic terrorism-related arrests compared to last year and confirmed many of these extremists were, in fact, white supremacists. Some of the issues are related to policymakers and criminal prosecution systems. The secret service should be able to identify these individuals, and this is why the general public needs to be aware of what the concerning behaviors are so that they can be intervened properly. Prevention is the main goal here. According to the data from several civil rights groups that track hate crimes, over the last decade, right wing extremists committed more than 70% of extremist related murders according to the report published by the anti-defamation league’s center on extremism. The government’s accountability office similarly reported in 2017 that right-wing extremists were responsible for 73% of fatal extremist incidents since 9/11. The most common groups to get victimized by these extremists are those who are black Hispanic or a part of a multi-racial family. It’s important to note that the right-wing domestic extremism is an umbrella term under which various right-wing ideologies fall in the United States. The crimes committed by the people who are anti-government, anti-Semitic, homophobic, Islamophobic, Xenophobic, and Fascist fall under this category. All these subgroups that fall under this right-wing domestic extremism the white supremacists have committed. These people usually believe that they should be a white ethnostate. When it comes to these crimes, black Americans are overwhelmingly targeted, and they make up 66% of the people targeted in the United States. State law enforcement and other public safety professionals are trying to do a lot in order to rectify these problems.

In 2019, there’s still a cultural misunderstanding of what a terrorist looks like. Most Americans link the terrorist label with Islamic extremist terrorists. That made a little sense just after 9/11 in American history. But with time, It has been understood that terrorism isn’t limited to the Islamic extremist terrorism. It’s very important for the local Americans to realize that this label doesn’t go with Muslims in general as well. America has a big way to go in order to understand that the biggest terrorist threat that Americans are facing lies uncomfortably close to the house. Beirich says domestic terrorism legislation tends to be stronger at the state level than the federal. But some politicians have called the government to pass a domestic terrorism statute. Other people say that would be a federal overreach. It’s also important to know that different groups have different standards for tracking extremist violence. But no matter which way a person looks at it, the data overwhelmingly shows that white men are committing more acts of violent extremism in Europe than any other group. The number of hate groups in the United States has been ticking up in the last few hours. White supremacist murders more than doubled from 2016 to 2017. Hate crimes also surged in number. And this hate has found a home online. Major tech platforms, including Google, Facebook, Twitter, have come under scrutiny whether they are doing enough to monitor and block this hateful rhetoric. Increasing white supremacists with the incredible following have been booted from the platform, but technology companies also face pushback over whether these actions amount to censoring free speech. Beirich says this kind of thinking isn’t likely to go away anytime soon. And every citizen who wants to combat this problem can write letters to technology companies and their representatives to address this matter. But ultimately, it is said it is up to the government to track these movements more closely. White supremacy started with the American constitution. It’s a part of American history. It’s something they battled against for decades in order to get equal rights for the people of color. And if it has to be defeated, they have to realize how dangerous it is and then defeat that way of thinking. The United States government should start taking domestic violence legislation more seriously. So this matter needs a lot of attention from the American press so that it can be emphasized upon and taken much more seriously as more people are going towards fatality with time. And the matter is not even being recognized on the federal level as it should be.

Role of Cartoons and Photographs in Telling a Story