To Support The JITQC Initiative

It was considered as a very significant change. it can be seen that this change was made only in name. but the reflection was seen in changing the digital’s sourcing paradigm. The suppliers were seen only as the vendors whose duty is to ship the material but things have changed as they were seen as external manufacturing resources, which prove the fact that they are also the part or extension of the organization. the other fact is that purchasing is also seen as responsible for organizing this external resource .It is also seen as responsible for managing all the capabilities as well as expertise .It is not limited to purchasing material from them. Supplier integration is included in it for the managing inventories, new product development, and supplier co lotion as well as an integration of the information system.

The strategy of the company was focusing on using the time .it was the main competitive weapon so that the product reaching at the marten time could be reduced. The competition could be improved as well as improving all of the main measures of the business. This thing was also translated when the focus was shifting to simplicity, quality, waste elimination, flexibility as well as employee effectiveness and self-controlling mechanism and awareness. These were the core objectives and all of them were integrated into to the company’s strategy in which the JIT concepts were combined with the TQM concepts. It was the primary driver for the company’s purchasing strategy. 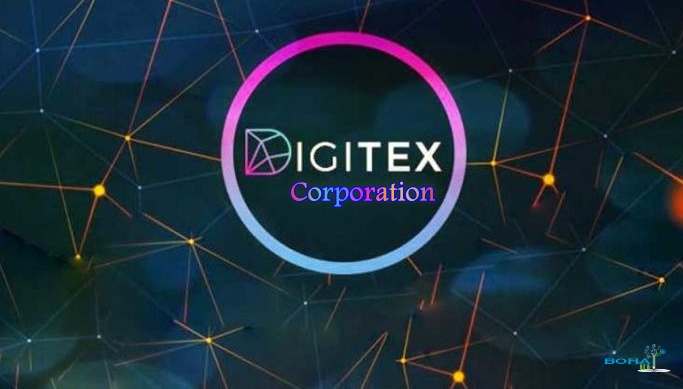 Digitex Argues That Once The Objective Of “Achieving Theoretical Time”

MrP driven 12 months forecast for the purpose of reducing the time which is required to communicate the order requirements .construction of the contracts for reducing the time which is required for sourcing the parts. The releases, as well as forecasts, are provided through EDI for eliminating the time, which is required to make the mail, paper and fax etc. With the help of blanket orders, the approvals are also eliminated. The suppliers are also encouraged that they improve their process. The remote supplier’s shipments are also shipped with the help of forecasting them. It helps in eliminating the delays when the order is placed.

The performance levels of the quality suppliers are clear in the contracts in order to get the continuous improvements in the processes to the suppliers. The PPM and CPK metrics are measurable as well as specifics .they are not something to be argued with. Moreover, if the levels of cpk are acceptable then the need for the inspection of the parts is reduced because of the fact that the supplier process is able to produce the parts. If the cpk requirements are not met by the suppliers then the company has a legal escape clause, which allows them to break the contract and find the new supplier.

The cost of quality  is included in the PONC which attributes to the poor performance of the suppliers. Defects in production , inventory cost all are included int which happens because of the supplier nonperformance. the example can be that in the given quarter, the supplier is delivering the 200 parts $50 piece .$10000 is inventory spending as well as including the additional cost which is $500.and 5% are also included as defective in which 10 defective parts are mentioned from which the 5 were scalped and the other three needs to rework  and they cost $15  per piece and the other two were seen to be acceptable after doing the test which cost $2. the PINC  will be

so the supplier must  have no more than 1.96% PONC

Six Total Quality Principles At The Corporate Level By Digitex

Suppliers have a chance to contribute to the company as follows

Quality first they should focus on improving quality continuously. Orientation towards customer they should make the effort to understand the requirements of the company. View of the next process as the customer. They should train their people for understanding the supply chain. Use of statistical methods and fact-based decision-making. They should integrate the seven quality tools within their process. For employee involvement in a problem, solving-they should train their important employees who are involved in the company for improvement. Broader more flexible management perspective they should try to align the company objectives with the supplier’s objective.

The sources that are local possess the short lead times. They also require the less inventory. they also possess personnel who are ready to cast the company’s facilities  when there is a need for the corrective action .the result would be that the total cost which is required for using the local suppliers is seen less than using the international suppliers. For establishing the better relationships, there is a need for the longer-term contract with the suppliers. It gives the continuous cost as well as improves the quality, which may be not possible in the adversarial binding scenario.

The suppliers who are at their developing stage are often aided by the cross-functional specialist. It starts with finding the key suppliers who prove beneficial to the company. The main aim o the cross-functional team is to focus on the team building and defining the roles as well as responsibilities, developing the skills of the group and commodity goals. In philosophy, concepts, language providing the common linkages training may also be given some different people who are in the team could be the engineer, preproduction planner as well as material specialist.

There are some of the different types of supplier development support, which could be used to help the suppliers. These can be Quality engineering, value analysis, problem solving easy of buyer-supplier, providing training to the supplier personnel, giving reward as well as recognition to the superior suppliers, supplier council participation, development and integration of the information system, initiatives of the cost reduction, involvement of the suppliers in the design team in on order to become more familiar with the requirements of the customers. Arranging meeting with the suppliers of the suppliers in order to encourage the integration as well as the improvement the reward as well as recognition od the superior suppliers.

With having the shipments which are triggered directly through consumption, the inventory is also minimized. It also helps in providing the important cost savings to the company. the problems related to the quality can also be discovered quickly and there is no need to wait and checking the existing inventory levels in order to find the other parts which have same problems. moreover, there is a reduced cycle time which will help in improving the responses related to the requirements of the customers. Then the lower inventory levels will decrease the chances of obsolescence, which will also help in saving the cost of the company.

The company provides the external suppliers a tool, which is MRP driven twelve-month forecast which is done through EDI .it also helps in triggering the orders from the local suppliers. It is also helping in integrating the suppliers more closely through the company’s production process. The suppliers have the direct link to the material requirements .It also gets them to plan how many capacity is needed by them .it also helps in intensifying the changes which are in the demand pattern. The performance of the supper is also monitored through information system and they receive feedback on their performance on the system daily.

Value Of Regularly Between Suppliers And Digitex

If the performance reviews are done regularly, they help the suppliers and the company to understand that how they can improve their interaction. It will make the supply chain more reliable. With the help of total cost approach, the parties are able to identify that which areas of the supply chain like the process capability, employee involvement, distribution, manufacturing process work is requiring the improvement or maintaining. Moreover, these meetings will prove to ve a valuable opportunity for sharing the customer requirement, future technology as well as an opportunity for getting the advantage in the relationships.

The company is using the measurement system for the purpose of promotion so that there could be improved supplier responsiveness. It could help in driving the continuous improvement in the result of the customer satisfaction as well as help in generating the employee ideas, which will be within the supply base. Through tracking the measures like the cycle time, a cost of quality as well as a number of employees who are involved in the small group activities and the number of ideas which are submitted and how much implemented. The company is deriving for the continuous improvement of the suppliers. The suppliers who are not responding in these areas are thought that they will drop.

When the decision is about to select the suppliers, the company reviews the performance of the suppliers which is based on the measures of cost of quality, customer satisfactions, the cycle time, in addition, employee suggestion. If the record seems to be favorable for the supplier in this area then there is a high possibility that there will be selected over another supplier in which there is a less favorable record. Moreover, in those cases, when the suppliers have not used before, the employees of the company could look for the potential evidence of the performance in the areas of the measurement that is based on the detailed supplier evaluation.