Differences Between Misdemeanor and Felony Offenses

Misdemeanor offenses and felony offenses are both considered crimes under the laws of many jurisdictions. Many systems of criminal law rate felonies and misdemeanors differently, with felonies being considered more serious crimes than misdemeanors. It is important to understand the distinction between the two forms of crime so as know the criminal procedures that apply in each case. This paper will discuss in detail, the differences between a felony and a misdemeanor. The paper will highlight several definitions of the two terms and point out the differences between the two classes of criminal offenses. This essay will also review a scenario involving a criminal offense with the sole aim of determining whether the offense was a felony or a misdemeanor.

It is important to note that there are significant differences between a felony offense and a misdemeanor offense. According to Currier and Eimermann (2009), understanding these differences is important because it helps in understanding the procedural criminal law differences. The discrepancies between crimes and misdemeanors will also determine the extent to which a convicted offender receives punishment (Scaros, 2004). Breach of peace is considered a crime in common law countries (Emanuel, 2007). Ms. Singh’s case should be addressed by classifying her crime either as a felony or misdemeanor before deciding the punishment she should receive. The aim of this paper is to bring out the distinction between a felony and a misdemeanor so as to know the punishment that one is likely to receive for the crime of breaching peace. 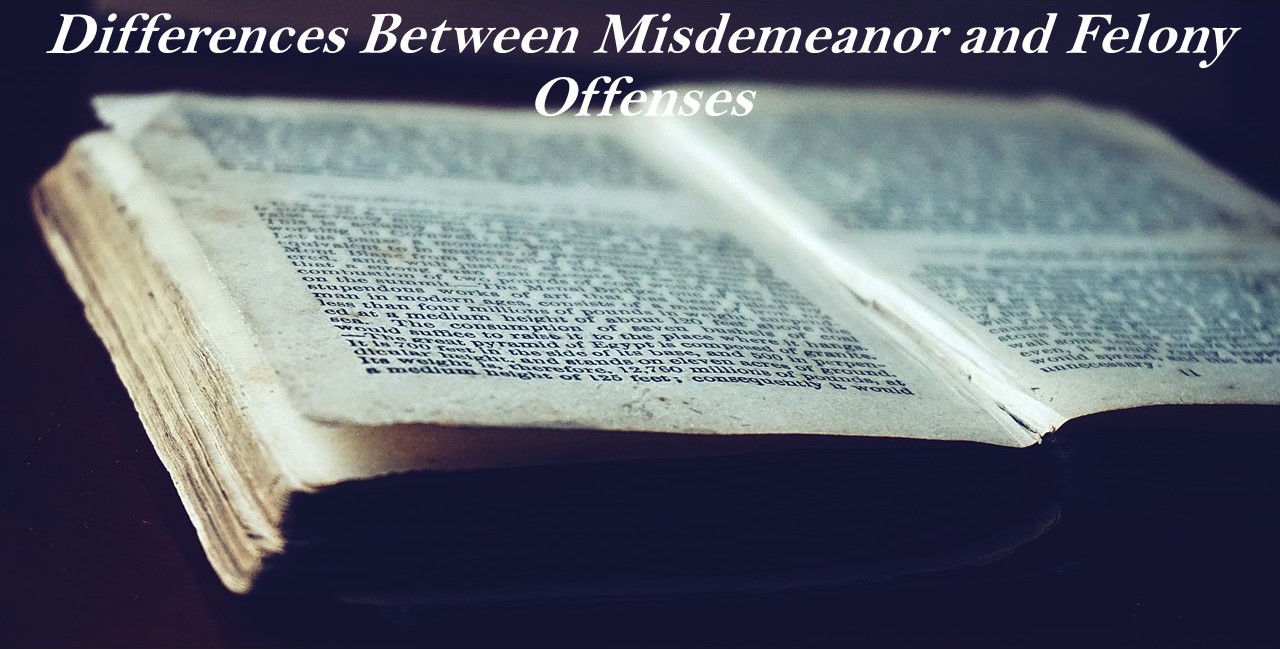 Question 1: Difference Between a Felony and Misdemeanor

The word felony has numerous definitions. The person who commits a felony is commonly referred to as a felon (Scaros, 2004). According to Currier and Eimermann (2009), a crime is defined as a serious crime punishable by death or a term in a federal or state prison for more than one year. Scaros (2004), on the other hand, defines a felony as a serious crime that carries a minimum term of one year or more only in a state prison because one year or less can be served in county jails. However, Emanuel (2007) notes that felons may sometimes receive sentences less than one year, depending on the limits set by the statute or the judge’s discretion. Another way in which a felony may be defined is a crime for which federal law may punish by imprisonment for more than one year or by death (Emanuel, 2007). Felonies are the crimes taken to be of high seriousness.

Difference Between a Felony and Misdemeanor

Felonies are considered much more serious criminal offenses of higher magnitudes whereas misdemeanors are less serious crimes that felonies. Felonies are generally punishable by death or jail terms of more than one year whereas misdemeanors are generally punishable by fines, jail terms of less than one year or both (Scaros, 2004). However, it is important to note that the punishments will vary depending on the limits set by the statute or the discretion of the judges. Individual jurisdictions and specific offenses are also important decisive factors here (Emanuel, 2007). Felons are usually sentenced to serve their jail terms in state prisons where as criminal offenders who have committed misdemeanors are usually sentenced to serve their jail terms in county prisons. It is also important to note that this depends on the judge’s discretion or the limits that have been set by the statutes. The specific offense or the individual jurisdictions are also important factors that can influence the decision made here. The consequences for felonies are stricter compared to the punishments for misdemeanors (Currier & Eimermann, 2009).

Question 2: Memo Explaining the Differences Between a Felony and Misdemeanor

Following the scenario at the bar whereby your boyfriend punched a man who made unwanted advances towards you, I hereby address your concerns about the punishment you are likely to receive if you are eventually convicted of the crime of breaching peace. Crimes are usually classified as felonies or misdemeanors. Both are criminal offenses punishable by law.

A felony is a significantly serious crime which is punishable either by death or a term longer than one year in a federal or state prison. Felonies may include crimes such as rape, murder, burglary, arson, robbery, battery, aggravated assault, dealing in illegal drugs, vandalism of federal property and grand theft among others. A misdemeanor on the other hand is a criminal offense that is less serious compared to a felony. It is usually punishable by a jail term of less than one year, a fine or both. Misdemeanors may include crimes such as reckless driving, vandalism, trespass, disorderly conduct, simple assault, public intoxication, prostitution and petty theft among others. These may vary from jurisdiction to jurisdiction.

Generally, the crime that you have been accused of, breaching of peace, is a misdemeanor. The possibility of a long term prison sentence or capital punishment is very unlikely in this case. Misdemeanors are usually punishable by small fines, jail sentences of less than one year or both. This crime may only receive these two punishments because it is simply a minor misbehavior or misdeed. You do not have to worry about capital punishment, death penalty or long prison terms because they are highly unlikely since they should not be the punishments for misdemeanors.

Felonies and misdemeanors are criminal offenses that are punishable by law. The punishments and consequences for felonies and misdemeanors are different because of the magnitudes and seriousness of each type of crime. Ms. Singh should be aware of the fact that she has the right to receive the appropriate punishment for the crime that she may be found guilty of. Criminal law procedures should be guided by these differences and punishments given should fit the crimes committed. Felonies are much more serious than misdemeanors, thus there should be a difference in the type of punishment that criminals receive. Criminal offenders who commit felonies should receive more serious punishments than those who commit misdemeanors.