The market for the sporting goods and its retailers is very fragmented and is considered highly competitive. As per the 10-K 2015 Report, the company competes with many retailing formats including traditional sporting goods stores, large format sporting goods stores, mass merchants, specialty stores, vendor stores, department stores, and many other catalog and internet based retailers. The company financial analysis is done thoroughly below, with respect to its improvement in financial position on yearly basis, and on comparative industry basis.

The Ratio Analysis of the company Dick’s Sporting Goods Inc. is conducted by computing various financial ratios, growth ratios, efficiency ratios, and financial health ratios. The Table 1: Financial Ratios shows the computed financial ratios comparatively analyzed on yearly basis. The data is taken from the website of Morningstar for its computations. The Gross Margin as depicted in the Figure 1 and table 1 shows that the company gross margin percentage has declined from 2014 to 2016 from 31.35 to 30%. Similarly, the operating margin has also declined from 8.65 to 7.4%. This is because of the lower merchandise margins, higher shipping expenses, and lower occupancy deleverage. 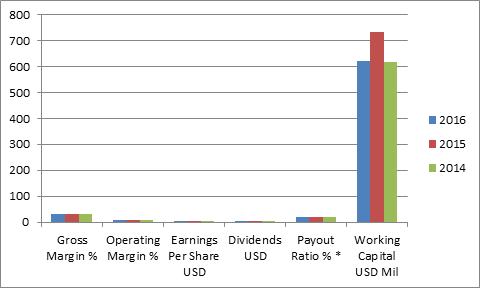 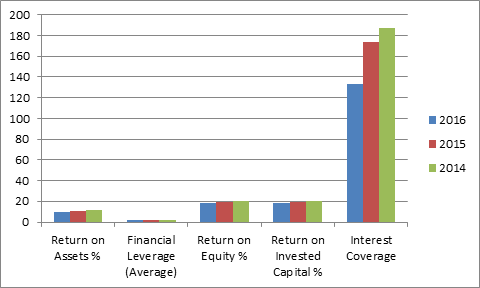 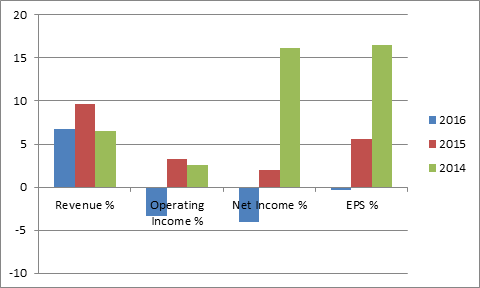 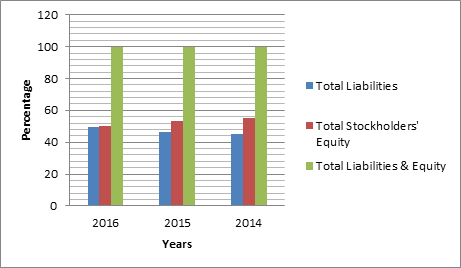 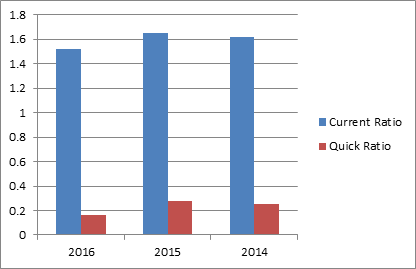 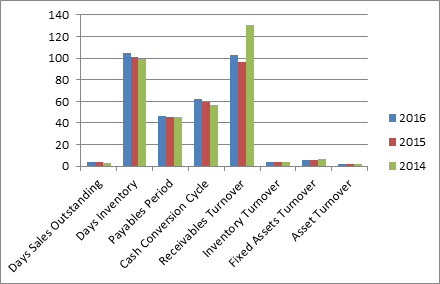 For the analysis of the Firm value or its stock, discounted dividend Model has been used. The following table shows the data which is taken from the Morningstar website for the company of Dick’s sporting goods. Other than this, the IRX 13 week Treasury bill rate is taken from Yahoo finance for the computation of Risk Free Rate. Similarly the GSPC 500 Index 52 week range is taken to compute the Market Premium. The Beta of the stock is taken from the website of Yahoo Finance.

The Growth rates in stable, and higher and lower growth phases are all based on assumptions.

The comparative analysis of the financial ratios of the three competitive companies as computed in Table 7 shows that the company which has better financial ratios in comparison is Foot Locker Inc. Foot Locker has greater gross margin percentage and higher Operating Margin percentage. However, the company is not distributing its income to its shareholders as the other two are doing. The Wal-Mart Inc. has the highest payout ratio and so is the dividend of this company.

The profitability ratio as depicted in the Table 7, shows that the company Foot Locker Inc. is better company in terms of the Return on Assets and Return on Equity. The interest coverage ratio is however better for the company Dicks Sporting Goods Inc showing its strong financial health, and liquidity position.

The growth ratios of the company shows that Foot Locker Inc. is way better in terms of its growth as compared to other big giants Wal-mart and Dicks Sporting Goods Inc. In fact for Wal-Mart the EPS%, Revenue%, Operating income % and net income % is negative as compared to to other companies.

It is evident from the financial and strategic analysis of the company Dick’s Sporting Goods Inc. that it has grown to its peak size, and can increase its operations by expanding its business internationally. The company is currently only focusing on e-commerce for international business. It should invest more for expansion internationally.