Home > Subjects > Development of Leadership In An Organization

Development of Leadership In An Organization 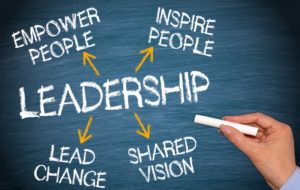 leaders. However, they are rarely made explicit, a most of such research is driven by the functionalist assumption, with a primary aim for a perfect design and improved corporate performance. Therefore, this report aims to enhance the approaches to leadership development in companies by proposing a fresh as well as a theoretically proved method for exploring the multiple meaning of leadership development. This is achieved through clarification of the discursive assumptions underlying the research in this field and also, revealing the unique insights that arise from the functionalist, dialogic, interpretive and critical discourse of leadership development approaches. Furthermore, by exploring how every discourse may promote entirely different approaches to the development of leadership in an organization is covered in this report.

The Discourse Approach To Leadership Development

In the reworking of Burrell and Morgan (1979), Deetz (1996) proposes that there are two continua of assumptions that are supposed to guide the organization research. These include those concerning the social order and those discussing the epistemology. The framework model is further developed by Alvesson and Deetz (2000) where they drive four different research perspectives or else, discourse. These include the interpretive, the functionalist or normative, the critical and dialogic. Various discourses result to the contrasting conceptions of what is represented by leadership, and it will bare some profound implications for the way leadership development in any business is articulated, experienced and practiced.

When preparing this report, a comprehensive review of the Journals and case studies dealing with leadership development in an organization since January 2000 was conducted. The study took place by checking three electronic journal database such as the PROQUEST ABI Inform Global, EBSCO Business Source Premier, and the EMERALD. The resources provided the full-text access to over 2000 business, organizations, as well as management behavior journals. The primary intention was to point out the empirical and theoretical study or research that was addressing the leadership development. The Ortenblad (2010) discusses various ways in which the management terms are frequently packaged in labels comprising of two or more words such as “Knowledge Management.”

Depending on the initial reading of the research abstract and looking at the text where necessary, the research journals were classified according to one of the four dominant discourses which are described above. In this case, it was not explicit. However, it was possible to refer from the way they discussed and explained the purpose of their journals, their theoretical framework, Methodology, and also their primary conclusion respectively. A further procedure for preparing this report was to indicate where the research studies were based as well as the country location of the core author(s). Since the primary purpose of this report inquiry was to examine the empirical and conceptual material, only the first four Journals were considered in the Association of Business Schools Academic Journal Quality Guide (ABS), which leave behind the most popular and Trade Journals.

Leadership Development Discourses in An Organization

In the above table, it was discovered that the 228 Journal types of research which met the requirement discussed above, the overwhelming of work addressing the topic of leadership development, either conceptually or just empirically, did it by adopting the functionalist assumptions. In fact, 62.2% had their first location in Europe, 34% based on the United States of America. However, regarding the hypothesis of where the first author was currently situated, most were found in the United States, having 58.5%. There was occasional use of the interpretive discourse features and is almost exclusively confined in Europe. The Critical and Dialogic leadership development literature seems to be a rapidly emerging field, which is limited far to Europe authorship Journals. In this report, we will discuss the first two discourses, that is, the Functionalist and Interpretive discourse.

The overriding consideration, particularly on the functionalist discourse is the performance of the organization. Therefore, when applied to the leadership development activities, the main theoretical concerns holds to be on how to develop and maintain the leadership capability in a manner that will maximize the productivity of the firm (Swanson, 2001). In fact, the entire mindset is succinctly paraphrased by Russon and Reinelt (2004), which was commissioned by the Kellog Foundation, who have the necessary background and history of investing in the United States development.

In this case, the Functionalist Leadership Development practices will be structures according to the requirements of the organization, and they will apply the formal techniques. They are orchestrated by the group instead of being initiated or started by an individual in the company. The competency frameworks, Psychometrics, Degree of feedback, assessments or development center reports, among others are all the testimonies of the functionalist development approach of thinking. Furthermore, the bias towards the consensus emerges from the fact that such aspirations, the definition of the knowledge-gain, attitude-shift, and skills-acquisition are deemed to be mutual advantages for both the followers and leaders.

On the other hand, when expressed regarding the talent pool, intellectual capital, business indicator or different corporate social responsibilities indices, the overall intent is the enhancement of performance in an organization (Holton and Naquin, 2000). Therefore, provided with this emphasis upon the effective management, the bulk functionalist studies seems to be devoted to tracking the effects and the outcome of leadership development interventions. For example, according to the report published by Yeung and Berman (1997), they have examined a human resource programme, which includes the leadership development, at the Eastman Kodak. It is designed to change the employee’s mindset, possibly from the one of “Entitlement” to that of “Contribution,” and also, to focus mainly on the entire organization more directly or to improve the satisfaction of the shareholders. In this report, the programme initiated was discovered to be a successful tool in enhancing the effectiveness of leadership, as measured by the 360 Degree Feedback, as well as the diversity of its middle manager and senior executives regarding the gender, race, and nationality.

In the interpretive discourse, a contrast to the functionalist, it takes the entire organization leadership as socially constructed, evolving and co-created with an incredible emphasis on the systematic context and inter-subjective appreciation. In fact, leadership in any organization is rarely invested in a single person; there will be some instances when it’s not clear where the entire administration is emanating (Peck et al., 2009).

The social construction of leadership development on interpretive discourse works backward to elucidate how the learning and programs are produced through the combination of different interests in the company. Therefore, there is a shift in focus from the broader to the behaviorism, which is a more transformative conception as well as the application of learning (Marsick and Watkins, 1997; Raelin, 2000). Providing a core role to the social actors, and also lending credence to the mutually constitutive nature of unfolding the scenes in the company invokes the sense-making theory (Pye, 2005; Weick, 1995). For instance, Bolden and Kirk (2009) conduct a research of leadership development in Africa which reveals various culturally diverse approaches to and also, the beliefs of the leadership nature. This implies that leadership development in this context requires being participative, relational and community oriented. Moreover, Kamoche (2000) applies an anthropological perspective to get an insight of the participant views of an international leadership development programmes, which are performed to teach the conventional and integrative culture. It is epitomized by the benefits of political lobbying, informal networking, and noticed by the superiors in the organization.

In this report, it is crystal clear that the study of leadership development can take advantage of the increased theoretical transparency and clarity. Therefore, drawing from the referred published work, the primary intention of evaluating how the two fundamental discourse can serve various contributions to understanding the leadership development activities in a company. It is also explicit that employing the above discourse to examine the context of leadership development. First, it can facilitate a collaborative partnership in an organization where the programmes act as the strategic agents of change, with the aim of assisting the leaders to influence the core business strategies, stakeholders, design and organizational structure. It paves the way for the strategic development of the partnership, which is an incredible relationship that works toward the overall company’s objectives while improving the professional as well as personal events. Leadership development discourses also allow most of the organization leaders to reflect, evaluate and critically think about the best way to move the business ahead by providing adaptability and agility. Therefore, according to this report, it is clear that by exploring every discourse may promote entirely different approaches to the development of leadership in the organization.