Description of the Columbine Shooting Massacre 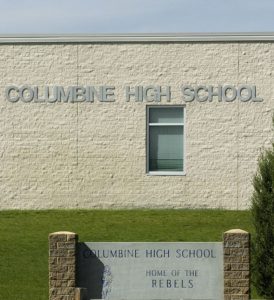 It would be insensitive to say that the Columbine massacre started during the mid-morning hours on April 20, 1999, as it would mask all precedent events. The plan to execute fellow high school peers at Columbine high school had started earlier when the orchestration was underway. The attack plan by Eric Harris in the company of his ally in the vice, Dylan Klebold had been started a long period before the massacre ever happened (Kohn, 2001). The two masterminds behind the massive killing of students had laid down the plan in a successive phases, such as acquiring weaponry and learning how to use them. The original intent of the callous teenagers was to blow up the cafeteria where most students would be seated to have a snack or a quick meal during the 11.00 am classes break. The cafeteria in the school is estimated to have been capacitated to host 500 individuals in one lunch sitting therefore if the initial bombing plan would have succeeded the results would have been far more disastrous (History, 2009). Miraculously, the plan never proceeded as deliberated hence Harris and Klebold hatched a contingency plan to ensure that massacre happen without failure.

Harris and Klebold help a grudge against some high school bullies and they were attempting to get even.  They also seem to have been affected by some form of psychological chaos which had not been addressed, and according to Dr. Documentary, it was never anticipated that such issues would escalate into violence (Kohn, 2001). In this fateful event, 18 years old Harris and his 17 years counterpart Klebold would engage in the design of homemade bombs that were set to detonate roughly after five minutes after being dropped in the cafeteria. The shooters, therefore, dropped the duffel bags in the proximity of dining students within the cafeteria and later left the school compound and into individuals automobiles that were parked outside Columbine High School (History, 2009). The motive was to both scare the students, who would run into the line of fire as they escape while causing injury to some victims once the bomb detonated although it did not work. Therefore, the masterminds had to enter the school compound to execute the failed plot.

Upon entering the compound, the long trench coat groomed shooters stormed into the cafeteria at exactly 11.19 am where they began random shooting of their victims. The shooters are argued to have been in possession of heavy artillery which enabled them to carry out the massacre without any immediate response to the authority. They were packed with two sawed-off handguns, a rifle and a short semi-automatic handgun which resembled Uzi moles as depicted by Dr. Documentary (2016). The fact that they had many rounds of ammunition could be partially blamed for the long duration of the initial pursuit without the successful interference of the local authorities who arrived at the scene shortly after initial gunshots had been reported. Among the first victims to suffer in the hands of the merciless and hideous shooting was Danny Rohrbaugh, who had just been admitted to the facility as a freshman and had returned for the 1999 fall school session (Kohn, 2001). Despite the timely call made by Patty Nielson the art teacher who was trapped in the line of fire, the Sherriff’s department was hesitant to enter the compound on the basis that they had rudimentary intelligence regarding the situation.

Another cause for the stirring of the violence was the fact that students were spread across the institution, therefore, a plan to secure the facility had to account for this disturbing fact. However, the caution only resulted in further chaos and loss of lives. Upon exchanging fire with the dispatched Sherriff department unit, Harris and Klebold retreated further into the school making the rescue efforts more cumbersome for the response team (Dr. Documentary, 2016). The SWAT team that was supposed to clear the area also took time to respond and arrived late after about 47 minutes at 12.06 pm while many lives had been lost and severe injuries had been suffered by other victims who were at the mercies of the shooters. In the efforts to mitigate the demise of the unveiling events, the response teams are claimed to have lacked coordination that would have contributed to further saving of lives (History, 2009). For instance, paramedics units had to wait for sweeping of all rooms to clear off the intruders before they could nurse the injured victims. Others who responded to the situation idled at the school gate as they waited for instructions from their seniors. If all response teams had worked as a unit and responded in due time, the situation could have been contained to prevent the large-scale life loss.

It is claimed that the causes of shooting at the premises are linked to the fact that the two masterminds were infected by propaganda and ideologies of some uncontrolled sub-culture. There are claims that the two perpetrators were affiliated to Goth and Trench Coat Mafia which are subcultures that are linked to liberation mindsets (CNN, 2017). Others claim that Harris and Klebold were on a vengeance spree as their peers had bullied them. Others claim that the two had been heavily influenced by the violent music and video games although most claims are yet to be confirmed (History, 2009). Others argue that parental negligence could have been the cause of the historical massacre. If parents, the Klebold and the Harris, had paid a keen eye on their sons. Further discussion and evidence analysis would be prudent in efforts to prevent subsequent events or understanding the cause of the teenagers’ actions.