Culture conflict  a type of conflict that occurs when different culture values and beliefs clash. It has been used to 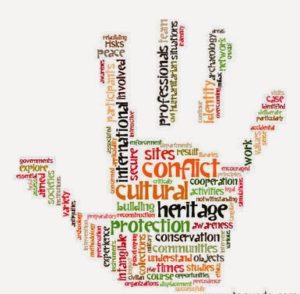 When one thinks of comparative culture issues in dispute resolution the first name that jumps out is that of Michelle Lebaron. Her research in the field has raised and addressed some of the most important questions relating to the effect of culture on disputing processes and on the applicability of models for resolution.

About six years ago, while she was still at UVIC in Canada, Michelle published a 174 page annotated bibliography on conflict and culture which selected the most important and useful work in the field and introduced than with a useful survey of the extent state of knowledge.

Again, Lebaron provides a short but pithy summary of recent development in the literature and then offers a list of articles and a few books with brief synopsis of the item and a list of cross-reference terms that are applicable. From 1990-1993 she directed the multiculturalism and dispute resolution project at the university of Victoria. She also lectured and consulted around the world on cross. Cultural conflict resolution. Professor Lebaron has just completed a new book on conflict resolution across cultures with colleagues from six different countries to be released in fall 2005 by intercultural press. She continues to pursue research into creativity, the arts and multiple ways of knowing as resources for bridging cultural differences.

Various modern cultural studies and social theories have investigative cultural identity. In recent decades, a new form of identification has emerged which breaks down the understanding of the individual as a coherent whole subject into a collection of various conditions including location, gender, race, history, nationality, language and religious beliefs.

This paper explores the language as a source of identity in the cultural conflicting environment because this tends to allow people to share a way of life that generally links individuals in a certain culture that is identified by the people of that group. The affluence of communication that comes along with sharing a language promotes connections and roots to ancestors and cultural histories. Language learning process can also be affected by cultural identity via the understanding of specific words.

Since many aspects of a person’s cultural identity can be changed, such as citizenship or influence from outside culture can change cultural traditions, language is a main component of cultural identity.

“ The power of by an American Linguist and Anthropologist, Edward Sapir and his student, Benjamin Whorf, the Sapir where of hypothesis stated that the way we think and view the world is determined by our language’’(Otto).

Aubrey Neil Leveridge in the article named “The Relationship between Language and Culture and the Implication of language Teaching” says that;

“The relationship between language and culture is deeply rooted. Language is used to maintain and convey culture and cultural ties. Different ideas stem from differing language use within one’s culture and the whole of these relationships start at one’s birth”(leveridge 1).

Asim Nawaz Abbassi in the article named “A National Language Represents the National Identity of a Country’ stated that:

“Nations  language is a clear indicator that represents the national identity of a country. Language is a sensitive issue. It’s also part of a nation and a person’ heritage. To understand and penetrate deep into community, one must be able to speak and understand the language of the community. Fluency in the national language wills surely enables the person to fully understand that community’s particular nuance and cultural aspects”.

Michael Byrum  in the article named  “Languages  and identities” says that;

A  language  symbolizes  identity and  is used to signal identities by those who speak them. People are also categorized by other people according to the language they speak. People belong to many social groups and have many social identities. A person may be ‘a teacher, a real Madrid supporter, a German, Parisian etc. Each group has its own language or variety of a language e.g. a regional group will have a regional dialect, or a football team supporters club will have its own Jargon. Speaking that language variety.(Byrum)

Thus it would be convenient to say that there is often a particularly story link between language and a sense of belonging to a cultural group and a sense of cultural identity as well as national identity like Micheal Byram point of view, in the article which is named by “Languages and identities,” is that;

“People acquire new identities and new language verities throughout life; it is dynamic process. If they become conscious of this they can also play within their languages and identities.”(Byrum)

It shows that language is a source of identity and because of the language change, identity can also change. Fabio Dei also in the article which is named by “Language, Culture and Identity” exploring the relationship between language and identity says that:

“Indeed it is by referring to linguistic diversities, over and above other cultural elements, that the member of a community identity themselves and are identified by other. In other words, language is a powerful instrument of identity and belonging’.(Dei 2)

Wendy Jones and Isabella Lorenza Hubert also made strong this point of view in the article: “The Relationship between Language and Culture” by saying that:

“Culture defines language, and language is shaped by culture. Language is a symbol of cultural and personal identity. Language is the medium by which culture is transmitted from generation’’.(Jones, Hubert)

A perspective by Frederick kand’ Ethe Lraki and also the article. “The Relationship between Language and Culture by Laura Brooks’ in which he stated that:

“This article describes many other interesting ways in which language appears to significantly influence cultural differences. It also goes on to suggest that if people learn a second language, they also learn a new way of understanding and viewing the world around them. This suggests that it’s primarily language that shapes culture, and not the other way around”. (Brooks).

“languages play an important part in the means with which different cultures interact with each other and with others. This medium of social interact is universal and has been passed down for centuries as legacy, thus it is imperative that the purity of it is kept within each framework of heritage. In multicultural societies, it is often the dominant language that represents a country in front of others, and becomes the means of interaction with minority cultures”.

Also Study: The Assertion of Culturalism through Language

How To Calculate Breeding Value