Critical Analysis of American Ignorance of War by Czeslaw Miloszs

‘American Ignorance of War’ is a historical overview of the life of Americans during the interwar years up to the end of the Second World War. Milosz indicates that he was once asked, while in Warsaw, whether Americans are stupid. This probably culminated largely due to their involvement in another devastating war, appearing to have forgotten the aftermath of the previous war. This paper is a critical analysis of Czeslaw Milosz’s ‘American Ignorance of War’, giving substantial examples and a close critic of the article, including organization, target audience, writers assumptions of the audience, including language, imagery, and style used.

Milosz’s article organization uses well-coordinated and distinct paragraphs with the preceding readings creating a logical flow. The essay also embraces a system of chronologically documented events to increase understandability and ease of transitioning paragraphs. Besides, the paper also embraces a system of hierarchically organization in documenting events to enhance appeal and capture the audiences’ attention while reading. Milosz’s essay organization also embraces the use of short paragraphs that are distinct, summarized, and detailed to capture and maintain the reader’s attention. The short paragraphs also make it simpler for readers to comprehend quickly, at a short glance, what the article discusses. The longer paragraphs are few within the article. Their purpose is to elaborate on topics that need more clarification. For example, when the author tries to explain why the people of the East can hardly understand Americans, he uses a longer paragraph to offer more explanation and enhance the readers understanding. This is helpful for minimizing misconceptions on the volatile issue of the East and West spheres. Lastly, the paper embraces the use of a succinct conclusion that allows the reader to derive own conclusions based on how he or she understands the article. 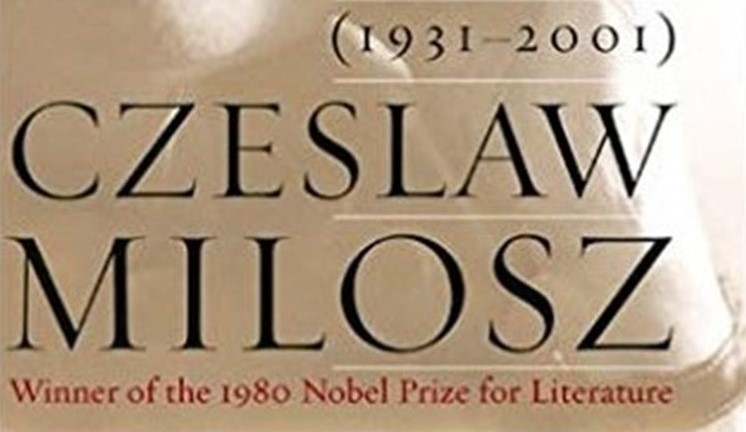 The article seeks to address its issues to a targeted active audience that should take action to rectify future errors by looking at the matters discussed from different perspectives. Milosz uses several question tags in the article to get the readers thinking before proceeding with the narrative. The first paragraph, for example, begins with the question ‘are Americans really stupid?’ Another question within the article asks which world is natural according to the reader’s perspective. Questions are useful tools that invite the audiences to reason and possibly give a solemn response while reading. Milosz also targets a mature audience that can decipher issues out rather than employ a shallow understanding. For example, when he uses the analogy that people think the world they are living in is natural, the author expects the mature audience to realize that ‘natural’ is used in a different context to mean the status quo of things, such as lifestyle, ways of dressing, bloodshed, and others. These, according to the author, create the natural world. In addition, the author also chooses his words wisely to enable only mature audiences to understand what the texts mean. For example, the author uses the term ‘copulate’ instead of ‘sexual intercourse’ to ensure that only mature readers can follow through the discussion.  In addition, the author uses several vocabulary words throughout his work to ensure that only mature audiences grasp the details. Other examples include physiological, accustom, and fabricate. Moreover, the author targets governments and decision makers who make war decisions, as well as the common people, young men, and women, who engage blindly in fighting that leaves their families, societies, countries, and economies devastated. The author wants this class of audience to open their eyes wide and realize that wars only bring more problems than benefits, such as loss of lives, damage to property, lifelong miseries, and other societal ills.

Milosz assumes that readers will find answers to some rhetorical questions and open ended phrases used in the article. For example, when the author asks ‘are Americans really stupid’, he does not offer a reply. Instead, he assumes that after reading the question, the reader will respond based on their view of the American society, before proceeding to the next sentence. Besides, the author assumes that the mature target audience will understand the complexity of words used and comprehend the wordings from a deeper meaning. For example, the author says that a man in the streets walks past a boy who is poking his stick into a pile of smoking ruins while whispering a song about a leader who will save their nation. In this case, Milosz assumes that the reader will not take this statement from the face value. Instead, they should look at it from a deeper perspective. For example, the extent of damage caused by the war (as represented by a pile of ruins) and that even a young boy recognizes that the nation needs a great leader than the current one. Milosz also assumes readers will derive their own conclusion based on their understanding of the reading, and take a side. The conclusion offered is open ended with no specific inclination or side taking. It delegates the duty of making a conclusion to the reader by offering a thought, instead.

The author has made great use of a diversity of language, imagery, and style to produce a brilliant and interesting article. Language used takes the form of simple and complex wordings to capture the reader’s attention in an interesting way. Form of language used also requires the readers to decipher meanings by themselves. Examples of interesting words used include natural, unnatural, decree, more urgently, and residue of hope. Additionally, a word such as copulate is polite and serves to minimize hurt to the readers. Copulate is also an outdated word that returns the reader years back to when the article was written. The use of imagery is also evident and adequately utilized to make the article more captivating and interesting than a dull essay using merely simple words. For example the author has used phrasal words such as the; world goes on, man of the east, fat little man, and warmth of the beehive life. Style used is a mixture of simple and complex words and sentences in a chronological narrative that flows from one paragraph to the other flawlessly. The author has also employed the use of questions within the essay to engage the audience in finding answers.

To conclude, the author has managed to pass his message across, by the use of a combination of simple, complex, and imagery wordings and illustrations, in a single interesting narrative. The article is informative and seeks to enlighten Americans on the devastating long-term effects of wars, especially to the economy, family integration, and societal wellness. The author intends to reach out to war organizers and participants to realize their involvement, in whichever way, only creates more devastation than positive outcomes.

What is American Firsthand