Examine the Importance of Criminal Profiling

Criminal profiling is the identification of the particular characteristics of an individual who has committed a given crime. It involves a thorough analysis through systematic observation of the crime scene, the victim, the forensic 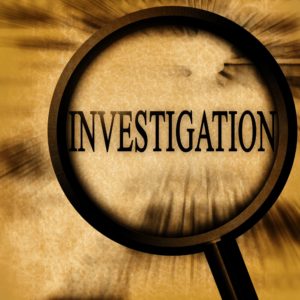 evidence and the known facts about the crime. Criminal profiling techniques are used by behavioral criminologists and scientists to examine criminal behavior, evaluate and predict the future actions of criminals.

Criminal profiling is of great significance in identification of the major causes of crime. Crime profiles provide an organized database that can be used to descriptively summarize major law offenses and provide criminologists with the basis of determining suspects. Criminal profiling provides for the use of crime topology. Crime topology is a scientific study that allows crime officials to determine the crime committed and identify the particular criminal. Crime topology allows the criminologist to understand various complex crimes and identify the criminals associated with it. As such, it helps in the crime prevention since the suspected criminals are brought to book.

Crime topology also allows the crime experts to carry out casual analysis of the criminals and the nature of the offenses they are likely to commit. As such, they are able to develop theories that relate criminals with a particular crime. They are able to consider how criminals act and think. In this way, they can associate a particular crime with the economic needs of the criminal. Criminal profiling enables the crime experts to weigh all the influential factors related to a crime. As such, the criminologists can differentiate offenses committed by a criminal. Criminal profiling plays a significant role in the law systems of the country because it facilitates crime prevention and correctional efforts to maintain peace and order in the society. Understanding the behavior in which the criminals act, crimes are prevented to occur because of the known chance of correcting the behavior before it is acted upon.

Determination of a particular crime is critical in making the pursuit to prevent crime from taking place. Crime topology allows crime officials and law professionals to identify and locate criminals with precision and accuracy through the guidelines as stipulated by the profiling system. In addition to enables the crime officials to understand the victims perception about the vulnerability brought consequently by understanding of the motivation of the offender or the criminal. Therefore, criminal profiling helps to prevent crimes from happening since the criminal typologies are able to recognize the probability of escalation and the anticipation of the community response to effectively protect and serve the community against criminals.

The offender profiling are based on educational assumptions only. In this case, law enforcers would be looking within the assumed but wrong profile leaving the one where the culprits are contained. Offender profiling adds information to a profile that is not based on facts. It makes personal assumptions about the suspected criminal. There are a lot stereotyping that can lead to looking for a wrong suspect and leaving those who are guilty of the crime.

Offender profiling is based on consistency. In most cases, people are oriented with particular routines. As such, a different situation can cause them to act differently. In this case, a criminal who commits a particular crime on a regular basis would not do the same crime again if he or she finds that the law enforcement officers are after him or her. Offender profiling methods are limited. There are only seven methods and scientific approaches utilized in offender profiling. In most cases, the profiles are based on these approaches and methods. Therefore, if someone fits outside of these methods, then developing an accurate profile would be difficult.

Offender profiling relies on facts about a crime scene that may fail to be facts. Sometimes easy assumptions are made while developing the profiles. For instance, poor people steal money to allow them to acquire food. However, this may not apply in all cases. There are poor individuals would still because it is fun while other would do it for the thrill.

Offender profiling can sometimes utilize informal language. Offender profiling relies on the language that is often used by physicists and astrologists. In most cases, such claims cannot to be supported by facts. Therefore, offender profiling is helpful. However, the setbacks may make it difficult to proof and predict human behavior. As such, it becomes difficult to identify the crimes and prevent possible crimes.

What is Victimology and Victimization