The time definition of the case study originates from the events of the ongoing discussions, which is during a time when the Success Inc. required engaging a new supplier. It is not clear on the specifics of the actual date and year of these proceedings.

Creative Works Limited case study takes the perspective of the case from the managing director’s position, as he is involved in the negotiations as the highest company official.

In the negotiations, it is clear that the relationship that Creative Works Limited has with the several named 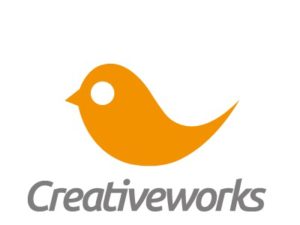 companies is not defined and it appears to confuse even top company officials such as the managing director and the director. Complex relationship without a definite structure on how the managing director of Creative Works Limited obtains the proxy status over the individual companies presents a challenging negotiation beginning. In analyzing the Creative Works Limited structure and its authority over the other companies, it is difficult to generate the responsibility and liability that the Creative Limited would assume in the transaction. In standard corporate practices, several players must have clear engagement terms for use in determination of the roles played in business context. This aspect is conspicuously absent from the explanation given by the managing director and the director involved in the negotiations.

Creative Works Limited faces a threat from companies with a simple structure that does not act as a baggage in explaining the complex partnership structure (Cohen 4). Alternatively, the threat of falling into the problems of the partner companies such as Coughing Bear Limited bankruptcy related issues is potent.

There are untapped opportunities that Creative Works must consider in the imperfect partnership with the ten companies. Firstly, the strength of performing mergers and closer ties than the erratic and amorphous arrangement would ensure better results. Working together would have been a unique strength if Creative Works Limited considered appropriate exploitation. Secondly, a unique opportunity presents in the form of concentrating in business as a single entity and delinking from the other companies that have productivity issues.

A wide coverage of the market through a number of affiliates enable the company to target the market from a larger context than when conducted alone. Additionally it would be considered that the many partners accept to cooperate with Creative Works Limited due to its apparent stronger status that allows it to assume the negotiator.

Management approaches adopted by the Creative Works Limited prove to be out of touch with the expected business ambitions. As an illustration, the role of the managing director and the director present at the negotiation table are presented to be unaware of the most basic structure fact of explanation their organization. In addition, associating with the questionable companies raises questions of the ambitions of the company for future operations.

Composing a stronger negotiations team with a legal representative capable of anticipating expected responses and satisfy the clients. Satisfying clients may require application of extra negotiation skills, which should be considered in the composition of the team.

Accurately composing a negotiation team enables presentation of the best possible case that the client would be looking for.

The disadvantage of expertly composing the company’s negotiation team may be expensive and not meet the exact requirement of the client.

Creative Works Limited might consider merging with the partners and simplify the structure in order to reduce related complications in dealing with third parties.

Merging the companies together may be advantageous in facilitating the presentation of the negotiation as a single case and hide negative images of smaller companies under the success of the Creative Works Limited. One conspicuous disadvantage of merging the companies is the transfer of negative attributes of underperforming companies, which may reduce the competitive image of the company.

Asking for more time to present the required information would be admissible during the negotiation if the Creative Works Limited negotiating team was prepared to undertake such an option to satisfy the client.

The advantage of appealing for more time to deliver the expected answers would allow extra time to research on unknown facts on the business question raised. In addition, it is important in raising the confidence of the negotiator by delaying grilling to another time when answers can be found. The disadvantage of asking for time is impatience of the client, which may lead to cancellation of business assignment (Freud 336).

The advantage of this decision will be to rectify the incompetence in answering and quelling the client’s concerns. The disadvantage of this move will be the apparent belittling of the authority of the managing director and the director in the negotiations.

Availing a structure of the relationship between the companies must be forthcoming in order to secure the image of the business in the negotiation.

b) Timetables of programs,

(Timeline for the programs will be given a one-month duration)