This study focuses on an analysis of Israel’s business, social and economic environment. The profound demographic, political, and social transformation of the country reinforce US-Israeli ties and other international relations. The Israeli economy has grown strong and stable over the past decades, and the country has experienced some of the worst financial and economic crisis in the world while promoting economic growth.

Since its independence in 1948, Israel has been the birthplace to most Jewish immigrants in the world. It has a population comprised of approximately 75.4% Jews, 20.6% Arabs, and others. Israel is a democratic nation where persons over 18 years are entitled to vote in the country’s elections.

Israel uses the New Israel Shekel (NIS) as its monetary unit and is comprised of 100 agorot. It uses the representative dollar rate as the indicator of the exchange rate in the foreign markets. Israel provides a broad and stable infrastructure for investors, entrepreneurs, and businesses in all industries. It has a modern banking system that is automated, highly computerized and established in the international banking system. The country has an advanced foreign and domestic transport system with an ultramodern interurban highway network that enables safe mobility across the country (Zanotti, 2014). 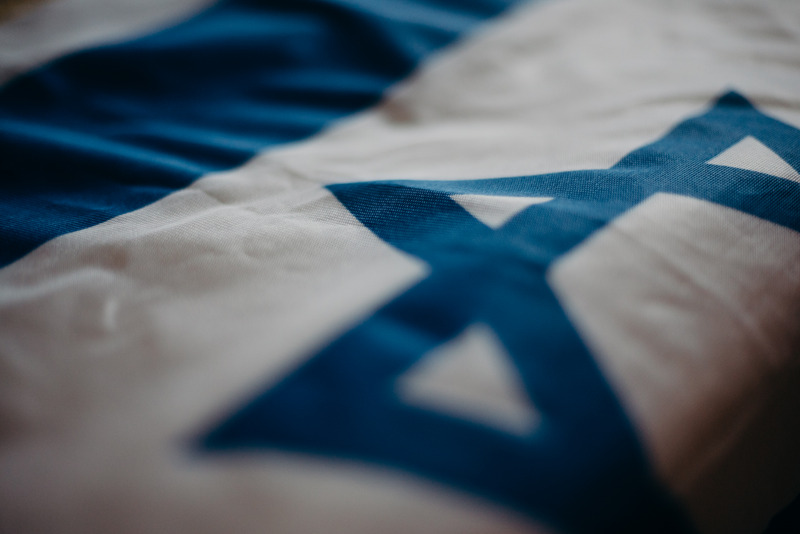 Israeli companies often operate on legal entities that are licensed under Israeli law. These entities include partnerships, corporations, cooperatives, and non-profits. An individual may, however, conduct his or her business without the need to establish a separate legal entity.

Over the past decade, the hi-tech industry has driven the nation’s economy and has played critical economic growth has its functions. The hi-tech sector has taken Israel to the road of sustainable development, which has seen an investment boost, a decline in unemployment, corporate merger, capital jobs and hi-tech exports. Through offering and allocating required funds, Israel’s venture capital market plays a central role in the growth of the high-tech industry. International investors supplement the funds, Private investors, public corporations, and funds based outside Israel. The industry has, in the past few years, grown tremendously. The growth is due to factors like tax exemptions, funds set up by international banks and involvement with major international organizations (Oz-Salzberger, n.d.).

As of 2014, Israel’s foreign trade had registered vast improvements reflected in the form of export of goods and a moderate increase in imported goods. The changes I distribution of good exported by industries brought change to the economy and the overall foreign demand. Total export for the country from industrial sectors contributed to 81.6% of the total exports while the agricultural sector contributed to only 2.4%. The industrial commodities have mainly provided by the technological intensity of the areas (‘Israel’, 2012).

Israel has entered into various trade agreements to strengthen its hold on the global market. Some of the most significant contracts include the Free Trade Area Agreement, EU, the USA and the EFTA countries. This agreement places Israel in a good position to participate in the free trade partnership with the leading economies in the world. Israel also acts as an intermediary for those countries without mutual agreements by providing them with a product that complies with the various contracts (Zanotti, 2014).

Israel entered into this agreement in 1995 where a free trade zone was established with the EU for industrial products and some agricultural products. In these agreements, a majority of Israel’s products are exempted from various import duties. Israel, on the other hand, reduces its import duties on the EU countries products.

This agreement became effective as of January 1983. In the agreement, Israel and the EFTA countries intended to eliminate some duties on industrial good while reducing some non-trade barriers.

This agreement between Canada and Israel was enacted in July of 1996. The deal eliminates duties on industrial good traded between the two nations.

Israel is a member of some international treaties regarding intellectual rights on the property.

Israel adheres to the Patent Act, 1967 that regulates the protection of copyrights. Licenses are issued either on the invention of a product or an innovative process, which has never been used previously.

The trademark protection under the Trademark Ordinance, 1972 regulates the granting, renewal and termination of brands.

Israel has a copyright law that ensures protection of originality of music artistic and dramatic works. This protection is granted for a lifetime of the owner for artistic and musical works, and 70 years for dramatic and literary works. Also, computer programs are protected as well.

Investment Incentives and other Trade Advantages

Israel encourages investments from foreign and residents by offering them a range of benefits and incentives. The primary goal is attracting foreign investments and boost the nation’s economy while developing human resources.

Law for the Encouragement of Investment

This law is the government’s principal tool as a way of encouraging investment. The law offers two types of tax breaks to business enterprise promoters, he tax benefits track or the grants track. Under the tax benefits, the enterprise will enjoy a ‘beneficiary plant’, while Grant track offers an ‘approved plant’ status. This law applies to diverse industrial enterprises.

The government allows approved beneficiaries an accelerated depreciation on tangible assets up to 400% of the standard depreciation rate on buildings and 2005 on equipment.

Encouragement for Investment in the Tourism Industry

Under this law, investors wishing to establish businesses in tourism are entitled to an investment grant as well as a capital grant according to the location of the company.

The building of residential accommodation is an essential social and economic objective, and it is, therefore, useful to assess those who build and eligible for the various benefits offered through the tax system. This law intends to increase the inventory of residential housing available for rent. It grants benefits only to companies by enabling accelerated depreciation and offering full exemption from appreciation tax.

Other incentives include small business loan funding offered by commercial banks. These loans are meant for use solely on new activities such as establishing a business or expanding an existing one. Also, the state offered state-guaranteed loans to medium-sized companies to support their operations.

The government has declared some trade regions as free zones. These regions include the free processing zones, freeport zones, and eilat free trade zones. The significant benefits of these regions are as follows;

All these benefits are intended to attract more investors, mostly foreign investors who wish to establish their businesses in Israel.

The government of Israel has entered into some research and development co-operation agreement with other foreign nations as well as the EU, to foster the ties between them and facilitate joint ventures in the researchers and developers. The government is delivering cash grants up to 60% of the approved R&D expenses

An example of an international corporation is the US-Israel Science and Technology Commission that aims to fund long-term R&D project with substantial technological impact as well as overcoming restriction such as Food and Drug Administration regulations.

The Eureka agreement signed with European Eureka secretarial allows companies in Israel to join the program for industrial co-operation on R&D topics. The Canada-Israel industry and Research Development Foundation fund 50% of joint projects between Canadian and Israeli businesses.

The controller of foreign currency regulates the use of foreign currency both by Israeli abroad and also the foreign residents. The prohibition of money laundering in the Israeli law sets specific identification and obligations to report on financial institutions, stock exchanges, money changers, and banks. These institutions should identify anyone, individual or corporation, requesting services such as account opening, change of account ownership, or specific transactions execution. The institution should also report money laundering cases to the authorities. Such case includes purchases whose size exceeds their defined amounts, unusual transactions such as those that seem to avoid reporting requirements.

Israel’s banking system is characterized by a high market concentration degree; with two major banks occupy nearly 60% of the total commercial banks’ asset in the country. These banks are Bank Hapoalim and Bank Leumi. The system has a high level of international financial activities and interactions with other major foreign banks.

The Israeli Central Bank has the governing powers of the Banking system in the country. It acts as the government’s fiscal agent and banker and as the public sector’s dealer in the local financial markets. The bank maintains the sole right to currency issuance and has the responsibility of devising and implementing the country’s monetary policy.

Israeli banks make International transactions for both private and business purposes. These banks have subsidiaries abroad and have a full range of international connectivity.

The European Union is Israel’s largest trade partner, with approximately 27% of the country’s export destined for the EU region. An analysis shows that the shipping to the EU consists mainly of the manufacture of chemicals and chemical products, pharmaceutical products and the transportation of diamonds. Agricultural commodities only include of 5.5% of the entire EU exports.

Israel’s major import commodities are fuels and other consumer goods such as motor vehicles and manufacturing equipment. The government levies customs duties on some commodities imported into the country. Customs clearance for these goods must be obtained before they are introduced.

How Israel can Boost its International Trade

The overall economic performance for Israel over the past decade has been impressive. However, the global competition from new economies is catching up quick, and the favourable circumstances will not last long. Furthermore, not all industries in Israel’s economy have performed well. It is there recommendable that a strategy is set for the future. The following issues are what Israel has to address to keep up with the rising international competition;

First, while the hi-tech sector is strong, the Israeli economy is not utilizing this opportunity. Many hi-tech investors are focusing on exit strategies rather than improving their businesses. There are very few jobs available, too little of exports, and limited investment in the future capacity (Un.org, 2015).

Third, the Israeli service sector has not attained its potential regarding increased productivity growth, efficient services provisioning, or rising employment.

Fourth, the public sector should improve transparency and efficiency. The cases of corruption scandals have become too frequent in Israel and are inhibiting the growth of the business sector (Un.org, 2015).

The fifth should continue the efforts of reforming the labour area.

Lastly, the country’s infrastructure is inadequate and requires a significant investment to improve its ports, railways, roads, and telecommunication infrastructure to reach world-class standards.