Introduction to Modeling of Engineering System

A project was assigned to us, in which we had to develop the model for the settling and storage tank 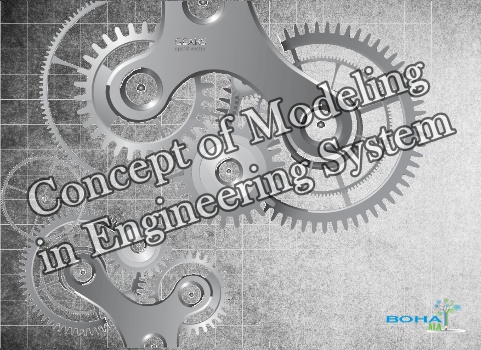 system, however, in settling tank solid, accumulate purify the feed stream. We had to identify that when to stop the process and when to clean out the tank, as when the settling tank is full or when the exit stream, too concentrated.

Use of Settling Tank

Through using a settling tank, the separation process can be done, in which solid of mixtures can be removed, the feed streams slowly allow the tank so that solids can be settled in the tank. Overflow is the liquid, which is, leaves the tank, however, the overflow has a few solids in it, and the solids in the settling tank can vary with the fraction. The storage tank gets full of the liquid that leaves the settling tank. The process of getting the solids is measured until, after when it reaches the predetermined level in the storage tanks. When the process reaches the predetermined level, it is stopped, so that the processor tank can be cleaned out, however, the new tank after that is connected. Before the process begins, the settling tank initially contains the 120L, of the water.

In the process, we have noticed about the mass of solids leaving the tank and mass of solids entering the settling tank, while examining us come to know the behaviors of solid. We have assumed the compositions are different and the how the mass flow goes in and come out of the settling tank. The settling tank is, however, used to filter or to reduced the amounts of the solids in the exit stream so that the steam could be pure.

There is the need to understand about the solids that how much amount of the solid is going in and coming out, therefore, the mass could be balanced on each of the components for the performance.  In this way, we are allowed to find out the integral balance that when there are exact needs to meet the stopping conditions. There are maybe 30% of the solid in the settling tank or 0.63% solids are there, in the exit stream. Both of the constraints can tell about the exit stream or when the stream will reach the stopping condition as based on their relationships.

There is an integral time in the process, where we can observe about the solids that how much entered in the tank and how much have left the tanks, what is the concentration of the tank and what is when leaving the tank, this observation take place after setting up the balance. However, after every time step elapses, things can be observed that how things are changing quickly at the desired points, by manipulating the time step. It was calculated that 0.2 minutes were too contracted to provide the accurate value. The existing stream was met first when reaching the solid concentration that was of 0.63. At this stage, the process or system need to be reconnected as the process had to be stopped because the tank needed to be flushed out.

The tank reached the maximum of 0.63%, when the concentration of solids leaves the tank, after the 28.8 minutes, however, at this point, the process can be paused or tank can be disconnected, the refilling of 120L can be done, to connect back the system with the clean water as the solids are flushed out. Until the connection tank is filled up it can be switched, however, it is not recommended to switch out the tank in which collection is done.

While concluding, the point of accuracy, which is exit stream, when reaches to the 0.630%, and after was 28.8 minutes, when reaches to the setup and when there is the integral balance between solid and the water. At this stage, it is recommended to stop the settling tank, so that the tank can be cleaned out and good filter can continue the good work. 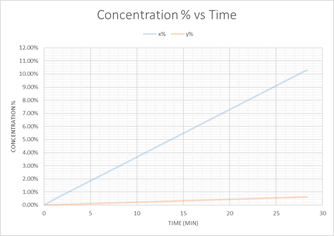