In the history of a computer from 1967 –1976 known as the conversion from the vacuum tube, which is to the solid- 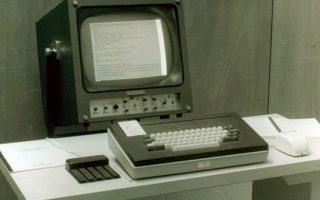 state devices. The history of computing hardware was market in 1960. However, this era is recognized as the transistor which focused on the later the integrated circuit for the computer system. Moreover, in the era, there was the focus on the effective software and hardware for the computer system that made it sufficiently reliable as well as economical (Ryan, 2011).

The computer technology further changed into the vacuum tube that makes the computers uncompetitive. The solid-state static and dynamic were focused in this era, the cost, was made affordable, companies and consumers recognized the values of the computer system, the size and power were made effective for the consumption.

The ‘Third Generation’ of computers was started from the year 1965, in the era, there was the focus on the IBM System/360 and there was the development of the hybrid circuits. Consequently, the solid-state devices were made with the first integrated circuit. Moreover, the companies focused on the software and hardware so that there could efficient development (Sofroniou, 2017).

From the September 1958, the embedded system was appeared but did not come into came until 1963. The large mainframe computers were designed by the System/360. There was also increased storage of the processing abilities. Moreover, the smaller computers take place in this era and there was significant innovation from the 1960s and 1970s.

The fourth generation could be recognized as the invention of the microprocessor, it was the great era in which the team at Intel made or developed the generation minicomputers and made the software for the mainframe computers.

In the November 1966, the company Hewlett-Packard focused on the Nova system. In the year 1969, the Data General also introduced the Nova. Another company in the year 1971, made the Illiac IV supercomputer, and then there was a development of the fastest computer (Computerhistory, 2017).

Nature of the hardware and software

More people recognized a computer system, there were the more convenient physical computer system and the vendors that supported the computer system in the market. There were various factors behind the IBM example, the most popular PDP and VAX system was designed. There was the smaller and the affordable hardware.

In the year 1967, the dot matrix printer came into the market by IBM. There was also the USA FORTRAN development that finished. Consequently, the best people walked in the country, who supported the computer software. There was also the programming of the language Pascal which was based on ALGOL.

The Intel Company was founded in the year 1968 by the Robert Noyce, however, the Advanced Computing Systems Division was also made, as the IBM commented on it and the first computer ball mouse was also offered by the engineer Telefunken. Many engineers did inventions, to make the mouse with the earlier trackball-like device.

In the year1969, the “United States Department of Defense” focused to do the research into the networking. There were many universities that focused on the large businesses because different computers were there which also include the IBM PC. There were the network servers that focused on the scientific workstations with the majority of 16-bit minicomputers. There was also the medium-scale integration and the large-scale integration.

In the year 1970, the First dynamic RAM chip was introduced by the company Intel, however, the chip had the capacity of 1 Kbit and the 1024 bits. Consequently, there was also focused on the programming language and the companies made the simple and clean designs of the PostScript also include the Java virtual machine.

In the year 1972, there was the focus on the ‘fourth generation’ that was based on LSI as well as the circuits. However, the components on the chip were made, there was the popular language that was recognized as the programming language. The development of the flexible and fast object-oriented programming was there.

The TCP/IP protocol suite was made in the new paradigm of logical programming. There was also focus on the expert systems and AI programming.

In the year 1974, the parallel architecture was made for the first computer (Gil Press, 2013).

In 1975, the IBM released computer 5100; the Zilog was also founded by the Intel e-employees.