a. Virtual Machine (VM) is a stratum of software that imitates the hardware of an ordinary computer system. In this regard, the virtual-machine monitor A is an effective technique for adding features below ordinary operating system and software applications. For example, one form of virtual-machine monitor is generally referred to as Type II virtual-machine monitors (VMMs) that are based on the abstractions a host operating system delivers. Type II VMMs are sophisticated and expedient, but their performance in a standalone device is currently slower than that achieved while operating outside a virtual machine-. In broad terms, a virtual machine is a distinct and autonomous software order that comprises of the whole copy of an OS and application software (King, Dunlap, & Chen, 2003).

Its ability to merge servers is the most fascinating benefit of VMs. For instance, a non-virtualized application server has a maximum capacity of approximately may 5% to 10% utilization; however, a virtual server hosting several VMs is easily capable of realizing a utilization of between 50% and 80%. This means that it results to lower costs linked with hardware acquisition, repairs, as well as energy and cooling system usage. Secondly, VM tools have the ability to support server management because it can allocate and regulate the computing resources used by each VM. For instance, an administrator can spare the minimum required network bandwidth amount for a VM running a transactional application. On the other hand, a virtual file or print server is not capable of such reservation. 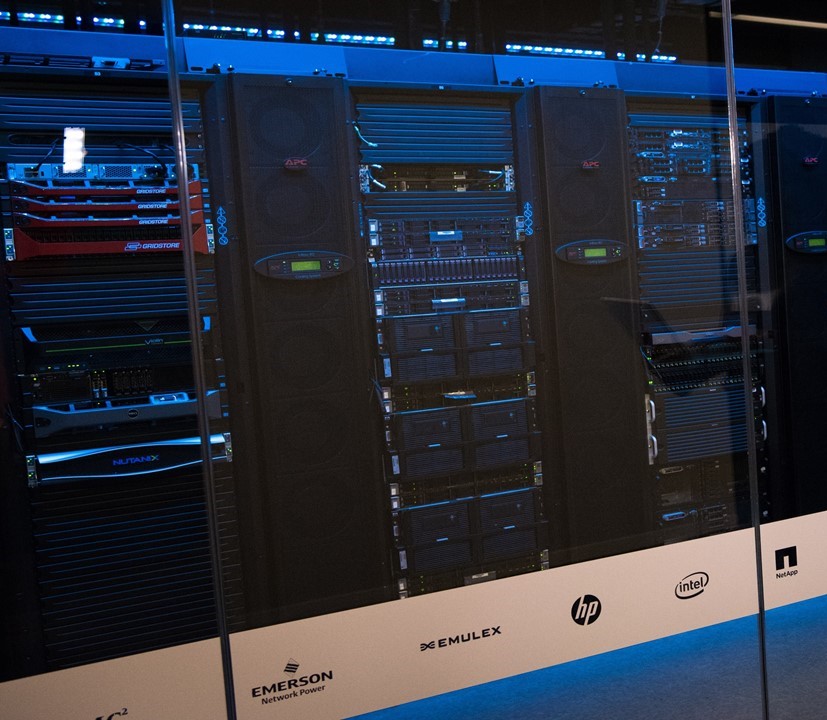 b. Briefly, Cloud computing denotes a hosting services menu typically delivered over the Internet on a metered basis, while co-currently leveraging infrastructure shared by a number of customers. As such, it has several benefits including Reduced Infrastructure Costs- it helps to reduce overhead costs such as management, IT personnel, data storage, real estate, bandwidth, and power. This is realized by its ability to absorb costs associated with software and hardware upgrades and repairs for obsolete network and security devices. Secondly, it has the ability to deploy capacity, scalability, and speed. Finally, cloud computing ensures data security and backup.

Conversely, cloud-computing das several risks including loss of control over data transmitted to the cloud and network accessibility outsourced to the cloud. For example, under the traditional IT setting, firms have the ability to evaluate and adjust their systems, as such, they are compliant with applicable regulations and standards. Another risk entails aggregation risk – the cloud creates a new aggregation exposure, this is the main reason most cloud providers are unwilling to offer more favorable contracts to cloud subscribers (Merrill, 2014).

c. Client/server model describes communications between computing progressions between service consumers/clients and the service providers/servers. The basic features include; clients and servers are functional modules equipped with specific interfaces, this means that they are capable of hiding internal information. Accordingly, the client and a server functions can be effected through a set of software components, hardware modules, or a combination of both. Secondly, every client/server relationship is established between two functional components. This means that the customer has the role of initiating a service request while the server elects to react to the service request. Moreover, all information exchange between clients and servers is conducted only through messages. Therefore, there is no information exchanged through other global variables. In other terms, the client/server model refers to a distributed application structure that divides tasks between the server and the client.

On the other hand, a peer-to-peer network has lacked a central server and each client on this network shares files equally with the other clients. Therefore, this means that it is ideal for small enterprises, unlike the client/server architecture. The main reason being that they are cheap to install, operate and maintain. Secondly, it has no dedicated server and hence it is portable and less tasking as it is user-friendly- no security protocols needed.

I. The concept of measuring the overall performance of a storage system, Input/output Operations per Second (IOPS) remains as the most used common metric. Accordingly, several factors should be considered when calculating the IOPS aptitude of a single storage system. The performance of a disk and IOPS is centered on three key factors:

III. The Effective Capacity of the 5-Drives RAID 5 System is:

b. How a Journey file system uses transaction logging to ensure data integrity during system failure while writing file to the hard disk.

The cost of a solid-state drive is higher than that of an HDD. Subsequently, this may limit the storage capacity, as most users cannot afford.

c. Caching is beneficial in several ways including: latency is abridged for active data resulting in higher application performance levels. Further, the I/O operations to external storage are minimized because most the I/O is diverted to cache. Subsequently this leads to lower levels of SAN traffic and disagreement.

a. It is necessary that it be first stored in main memory for a program to be executed. Subsequently, after the program has been loaded into the memory, a program execution begins its start address to the CPU via the distribution, which then sends instruction address to the memory unit. The management of all these issues, an operating system, should provide a unit commonly referred to as memory manager. The managing memory is obligated to request associated rights from the end users request for the execution of the program, up until its termination.

b. The Advantages of Virtual Memory Management Include: