The State of Pennsylvania was the first to take steps and initiate a newer system of penalties as well as prison maintenance. The goals were aimed at developments of more humane processes and practices that entailed dealing with criminals. There were crimes that were once bringing death and torture as penalties now brought prison sentences instead (Meskell, 1999). It is in line with these suggestions that the Pennsylvania system came about. 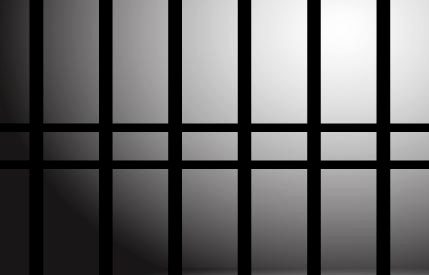 The founding reasons for the two penitentiaries operations were similar to the operations at the Walnut Street Prison. The leading operations included emphasizing the opportunities for prisoners to reform themselves. The reformation would be instilled through hard work and at the same time reflecting on the crimes that these individuals had committed (Bosworth, 2002). This particular operation would then be referred to as the Pennsylvania prison system. This system was as well referred to as the separate and silent system. In the Pennsylvania prison systems, the offenders and criminals were not morally contaminated and they would be trained on how to commit crime by other prisoners. While at the same time keeping those who are deemed as the offenders separate and silent, this system seemed as to be one of the most efficient approaches though thee still existed errors here and there (Bosworth, 2002). One of the main issues with the Pennsylvania prison system was the point that as a system it was taking a huge quantity of staff so as to be able to keep the offenders away from mingling with the rest and because the offenders were the ones who were producing goods individually thus making the production costs and rates a lot more lower.

It is as well prudent to note that the Pennsylvania prison system was having some competition. Back in 1817, there was a penitentiary that was opened in Auburn New York. At the preliminary stages, the new system was being designed around the other model, the Pennsylvania model. Six years on, 1823, the new penitentiary system was broken away from the Pennsylvania prison system. Auburn picked up on the challenge of fixing the shortcomings that were being experienced in the Pennsylvania prison system and from the corrections they came up with the Auburn system (Bosworth, 2002). With the Auburn system in operation, the offenders, inmates, in the Auburn Penitentiary could come together during day hours so that they could come up with goods, and when night hours came they would be taken back to their individual cells. Owing to its system, the Auburn was able to get the name of the congregated and silent system because the inmates would be allowed to congregate, though for production of goods and then would be separated from each other at night and thus silent.

Despite the fact that these two systems were in one way or the other similar, it is the Auburn prison system that was being considered as being cheaper to construct and to maintain and permitting the production of goods unlike the Pennsylvania prison system where it required more staff to see to it that the inmates were kept apart and they would only engage in production of goods individually as thus efficiency was not up to par with the Auburn system (Bosworth, 2002). The more goods that were produced by the systems translated to more income that the states would record and as thus the Auburn system was at an upper hand to the Pennsylvania system.

The Auburn prison system, as discussed above, was referred to as the congregate and silent system and it was first implemented in 1819 at the New York State Prison at Auburn. This system incorporated Quaker reformation ideals such as the humane conditions from bedding to healthcare services; it had strict routines as well as religious contemplation (Johnston, 1973). The Auburn prison system was deemed as lesser a pure model compared to the Pennsylvania prison system. The inmates were allowed to stay side by side when they were working, having meals or during prayers as they only got back to their individual cells at night. In the Auburn system, silence was enforced all the time even when the inmates were in groups (Bosworth, 2002).Prisoners do works and duties that mainly consist of hard labor such as roads and buildings construction, something that is considered as the route to contrition and salvation. The inmates need to march in unison in a formation that was known as the lock step, something that is still in use in prisons.

The Auburn prison system has a system called the tier system. It was a system where there were where varied levels of cells that were built above each other and it here that the inmates were housed as per the offense category that they were convicted for, in categories that were varying from first time offenders to repeaters, murderers and thieves as it went on (Roth, 2006). The inmates would put on uniforms that were having different colors as this was also used to identify the category they were falling into.

The Auburn system work regime was producing income, something that was not readily possible with the Pennsylvania prison system and as thus this system was deemed a lot more cost efficient and practical. The inmates were less likely to find themselves running mad and it was easier to feed everyone when they were in groups (Johnston, 1973). The Auburn would later on be incorporated to be the philosophy for prisons across the country and the globe.