The rate of honey production has faced a downward trend since the beginning of the agrarian revolution. Obviously, this fall relies upon the under-productivity of the worker bees and infertility among the queen bees and the drone. The appropriate phenomenon found to have a clearer explanation of this catastrophe in the honeybee colonies is colony collapse disorder (CCD). This paper analyses the toxicology of pesticides such as antibiotics, matricides, and neonicotinoids with their unique inputs to CCD in order to unveil a proper perception of colony collapse disorders.

In the field of environmental studies, colony collapse disorders (CCD) is rather a new term. In order to provide an explicit understanding of the continued deterioration in the number of honeybees in the bee colonies, many ecologists decided to use the CCD phenomena. The decrease in the number of honeybees has led to low honey production in the apiculture sector. A significant setback in the field of crop production and agriculture in general has also been the reduction in the population of bees. This is because many plant varieties, particularly those that produce fruits, rely primarily on the activities of honeybees to achieve pollination. With much concern about this desperation, scientists have embarked on research activities in the honeybee colonies to configure the mess beyond CCD. In honeybee colonies, improper use of pesticides in cultivation is one of the most reported causes of CCD. The use of pesticides in the colonies of bees has a direct or indirect influence on the honeybee community, such as antibiotics, miticides, and neonicotinoids. 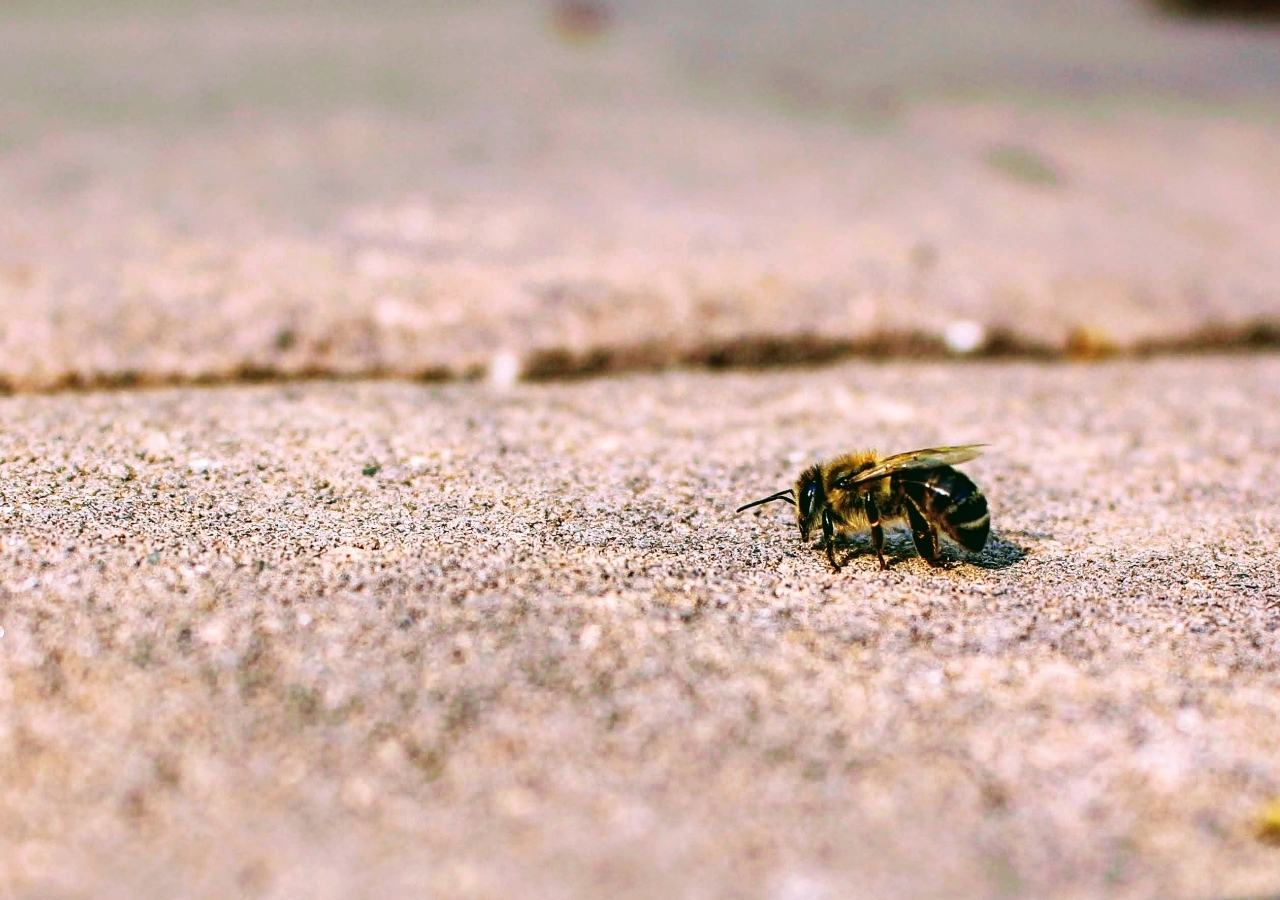 One of the reasons that have triggered colony collapse disturbances in the bee colonies is the heavy usage of pesticides such as antibiotics, miticides,, and neonicotinoid pesticides. Antibiotics are antibiotics used to destroy microbes that invade animal and human bodies and are often recognised as antibacterials. Antibiotics often destroy fungi that invade the bodies of animals and humans and kill parasites. Miticides are a form of pesticide used for the killing of mites. In the other side, neonicotinoid pesticides are chemical compounds containing imidacloprid, clothianidin, and thiamethoxam, which assist in insect control.

The increased level of use of antibiotics among beekeepers in the control of parasites and fungi that attack their bee colonies has resulted in tremendous effects of CCD in the colonies of honeybees, according to Johnson (2011). In reference to the USDA research findings, Johnson (2011) confirms that a single-celled parasite called Nosema ceranae has developed resistance to antibiotics, so there are still dire effects of the parasite on bees. The existence of these parasites in the colonies of honeybees has resulted in unbearable stress on the bees in the colonies affected. The elevated honeybee tension contributes to a decline in the bees’ immune function, contributing to the demise of the infected bees (Johnson, 2011). In reference to the USDA report, according to Johnson (2011), stress development in honeybees disrupts the social system of the affected bees in their specific colonies.

Johnson (2011) notes that chemical components found in neonicotinoid pesticides, such as imidacloprid, have significant effects on colony collapse disorders in honeybee colonies. Johnson (2011) refers to the USDA report that the use of neonicotinoids as an insecticide in plants leaves toxic residues on plants, which in turn poisons young bees whenever infected plants suck nectar and pollen grains. Although the neonicotinoid has no direct effect on honeybee health, the bees are adversely affected by excess consumption. The combined effects of excess neonicotinoid chemicals contribute to a decline in the honeybees’ navigational ability and foraging capability (Johnson, 2011). In addition, Johnson (2011) states that the honeybees’ flight system, synchronisation, recruiting, and olfactory memory of the infected honeybees was interfered with by cumulated neonicotinoid chemicals.

Burley (2007) relates the causes of colony collapse disorders for use in the colonies of honeybees of miticides. Miticides are chemical compounds used to kill mites.  The use of miticides has helped in attempts to control the insurgence of parasitic mites in the colonies of honeybees. Burley (2007) reports that the introduction of tracheal mites and the varroa mite in the honeybee colonies has massively contributed to the loss of the worker bees. Direct use of synthetic chemical miticides in controlling parasitic mites has led to the accumulation of poisonous residues that have led to the death of honeybees. The chemical residues in the views of Burley (2007) have impeded the redevelopment of queen bees in the hives.

The infestation of mites in the honeybee colonies leads to inducement of stress among the bees. The hike in stress levels reduces the immune system of the bees, increasing susceptibility of the bees to diseases such as the nasoma and chalkbrood that lead to death of the honeybees (Burley, 2007). Tracheal mite parasites have developed resistance mechanisms to the miticides, which has enabled them to continue living and reproducing in the respiratory systems of the bees. According to Burley (2007), the continued existence of the tracheal mites in the honeybee colonies has led to obstruction of the airways and impaired flight mode of the infected honeybees. Moreover, the infestation of the honeybees with the tracheal mite parasites leads to decline in nectar carried by the honeybees back to the hives thereby leading to death of bees as result of hunger.

Burley (2007) further demonstrates that upon developing resistivity to miticides, the varromite parasites feed on the hemolymph of the late larva and pupa stages, and this results destruction of upcoming bee generations. The varromite parasites infestations also lead to loss of weight of the drone termites, thus reducing the working power of the bees (Burley, 2007). In the views of Burley (2007), infestation of honeybees with the varromites has significantly reduced the rate of sperm reproduction among the infected drones. The decline in sperm production has led to low birth rates of pupa in the bee colonies, thus leading to gradual extinction.

In the views of Burley (2007), the use of miticides leads to physical abnormalities in most of the queen bees. The queen bees that get exposure to the miticides are incapable of holding pregnancies and eventual death. Burley (2007) reports that the use of methanol as miticides leads to reduction in the weight of the honeybees. Methanol also leads to low level of honey production thus resulting to continued death of the bees due to hunger. In addition, methanol leads to a reduction in brood levels of the queen bees, thereby leading to reduced fertility rates in the honeybee colonies.

Colony collapse disorders (CCD) in the honeybee colonies is largely attributed to the excess use of chemicals that have had direct or indirect impacts on the bee colonies. The use of insecticides like neonicotinoid in plants has indirectly contributed to the effects of CCD in the honeybee colonies. It is imperative to note that the chemical residues left on the plants after application of insecticides leads to poisoning of bees in the cases of repeated sucking of nectar and pollen grains that are contaminated. Unsuccessful use antibiotics in controlling endoparasites that attack the bees leave the bees with unbearable stress that result in abnormalities in the operation of the bees. Stress also leads to a reduction in the fertility rates of the bees and eventual death in extreme cases of stress.  It is also worth noting that miticides have severe effects in the lives of the honeybees. The development of pesticide-resistant parasites such as tracheal mites and the varromites leads to increased risk to the survival of the honeybees (Burley, 2007).

The most probable cause of colony collapse disorders in the honeybee colonies is the effects of miticides used to control parasites in the bee colonies. The worst part of miticides displays when the parasites develop resistant mechanisms. From the above discussion, it is an undeniable fact that resistant tracheal mites and varromites are the ones that largely contribute to the collapse of honeybee colonies. The effects of the tracheal mites and varromites on the honey bees range from deterred mechanical functions of the bees, infertility in both the queens and the drone bees to death. The infestation of the bees by the parasites also leads to reduction in honey production, which ultimately leads to the death of bees due to hunger. Generally, much of the death and CCD largely attributes to the use of the miticides, whose effects have been degenerated by the specific parasites.