Cinema is most commonly used the term of the entertainment industry. The entertainment industry is as important as any other industry for a country. American cinema is one of the oldest cinemas and has a rich history of cultural values and development of cinema from early times to modern day. Classical Hollywood cinema has a history of both audio and visuals and development over the time. Old film making style is very well known to be American cinema. The time between 1917 to 1960’s is termed as the most amazing and developed era of American cinema.

The theater is known to be the root of acting. Anyone who had a career in theater proved out to be an excellent actor on screen. The movies are a narration of stories with some visual effects i.e. acting. Dialogues are delivered by actors. In 1890’s and later the movie makers mastered the art of capturing a live performance of theaters in cameras and then playing it on screens. Many filmmakers turned to become film directors and many theater artists became film stars. The early narrative films were a true adaptation of live stage performance. In narrative films, performance was ought to perfect and effortlessly beautiful. The dance was known to be a part of performance choreographed by the professionals, which throw light on understanding between characters. As the narrative films originated from theater and artists were theater artists first there were, limited cutting scenes and shots were long delivered with theater expertise. 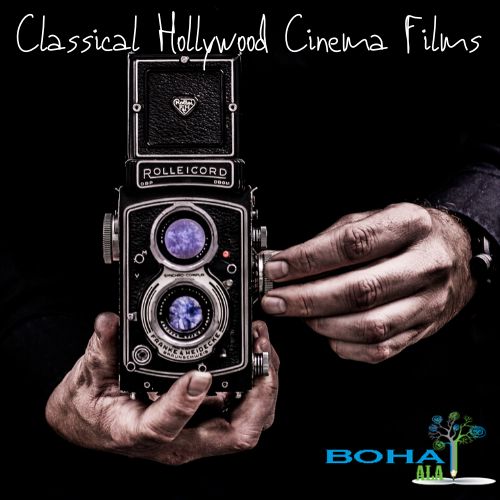 The theater is all about recreation, art, story, performance and feel. In order to perform artists need props for the support. For example to portray a scene in the jungle the team would use props such as fake trees and leaves and sound effects, lighting etc. but now that theaters have evolved to the cinema the demand is more of realism. Scenes are pictured in real locations. Jungle scene is shot in the jungle, snowfall is the demand of the script then real snowfall is recorded to bring cinema close to reality. The era in which everything became more about realism was 1913-1917. At the start of 1910’s, the real artwork was recorded and witnessed. This time is known as “Golden Age” of cinema. The adoption of visual and narration began in classical Hollywood cinema. 1913 was a year of progress and reward. Many world known actors started their careers in this era such as Georges Sadoul. In 1915, the piece of art in the history of film making was produced and the film received appreciation worldwide. The film is known as The Birth of a Nation. 1913-1917 marks the rise of film making in the history of classical Hollywood cinema.

With the advancement came development. Later came the era of sound. Films with sound were made and produced. The era is known to be the era of sound film production. A studio system was introduced. All the actors of films who are in a film used to record their sound i.e. dialogues. All the filmmakers and actors who spent past years working without any association to any functioning body became associated with different sound studios and worked efficiently. Different music styles, accents were introduced. Jazz, folk etc. are all the examples of this era. The critics state that it took cinema a while to develop and introduce the sound system and then incorporate it in films along with the same level of artistic skills.

It is a technique to give a more realistic look at the films. The quick cut is the technique to trim a film scene short. This quick-cut shot is barely 3 to 5 seconds long. These scenes or shots deliver the scene shortly. It can also be pasteurized upon two or more people or on two people who shoot dialogue, the quick cuts can be shot when a past memory is the demand of the scene. It changes the viewpoint if the audience. It captures the attention. There are several examples in the history of cinema and film world.

One of the famous examples is a shower scene from 1960’s movie Psycho. Another movie Mind Game has a record of quick cuts of several scenes in time of 15 minutes.

The term long take should not be confused with a long shot. By definition in film making, long take is the long time taken in a movie shot and it is longer than average. While a long shot is a distance between the character and the camera or cameras. In modern days the length of the shot was increased to the maximum which was limited in earlier days of film making.

Some examples of long takes are continuous long take of 1948 film, Rope. Another famous example is from the movie Good fellas, in 1990. A scene in which Henry takes his girlfriend to a nightclub.

It was a completely new group of filmmakers who aimed to revolutionize the cinema world. It was done in late 1950’s. All the trends of Hollywood were shaped and all the young directors played a vital role in taking this initiative. French new wave gave a new meaning to cinema world and let go of old meaning of making films. French new wave is a ray of influence and development and essence of it can be felt in today’s world. It gave more meaning and purpose to the art of cinematography. This concept is known and acknowledges by every director and is an absolute delicacy in the world of the entertainment industry.

MTV is an entertainment channel that is well known for airing some of the epic and world-famous series. The shows are watched by different people from different geographical locations despite the time difference.

The good rationale of the style as it is showing the classical Hollywood movie making style. This picture shows the best interest in terms of making it attractive and interesting for the viewers. This has all the facts and details that make it the best movie ever. The story of the kid’s survival is very much interesting and worrying as well.

The European Cinema: A Comparative Study on Run Lola run and Trainspotting