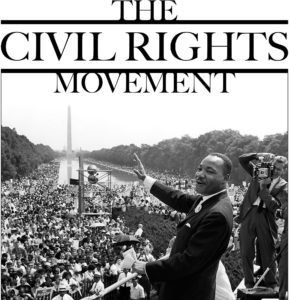 to changing the lives of Americans. Rhoda has explored different actions and ideas that were used to change how the Americans think and live. The civil rights movement of the 1960s describes various political, social and legal struggles employed by the black Americans to realize racial equity and citizenship rights. During the civil rights movement of 1960s many individuals to fight segregation and discrimination that black Americans were subjected to. The civil rights organizations organized boycotts and protests and pass their message of dissatisfaction to what the black Americans were experiencing. Rhoda Lois has described how the Southerners whites attempted to divide different races into the United States to achieve dominance or supremacy over the black people. To achieve her objective, Rhoda has described the activities of the various individuals and civil society groups that culminated in Black Freedom Movement or the Negro Revolution. She has illustrated several historical events that highlight the impact and influence of various individuals in the shaping the lives and thinking of Americans during the civil movements to date. Therefore, Social Movement Past and Present Series describe the steps taken by individuals and civil society groups to change the thinking of Americans concerning segregation and discrimination. Rhoda has the book to explain the steps taken by the founders of the Black Freedom Movement to achieve full citizenship rights and ensure racial equity.

Rhoda has an astounding knowledge of race relations. She actively participated in the civil rights struggles. Her activities in the civil rights movement helped in changing her life and her manner of thinking. As such, she has described the conflicting strategies and ideas adopted by W. E. B. Dubois and Booker T. Washington in the fight to end racial inequality and discrimination. She has narrated the history of black protests to allow the reader to understand the impact of the civil rights movement in shaping the way of thinking of the American people. Rhoda has used various sources such as segregation, Early Black resistance to segregation, World War I, World War II and political protests to explain the achievement of civil rights organizations in promoting racial equity and full citizenship rights among the black Americans.

The events that unfolded in the 1830s during the introduction of segregation by Jim Crow have been discussed extensively. It describes the plight of the black Americans that were residing in the South. The primary goal of the Southerners was to achieve white supremacy and kill the political and economic opportunities that the blacks were allowed to enjoy. During the Reconstruction when the Democrats took over the control of the government and the blacks were granted economic and political rights. However, the Southerners began passing state and local laws that discriminated blacks. There are areas which were designated to the white only. The laws did not allow the blacks to share parks, restaurants, schools, and transport with the whites. According to Rhoda, segregation outlines the negative prejudice that the blacks were subjected to. It is such prejudices that inspired various individuals and civil rights groups to champion the plight of the blacks. The activities of the civil rights groups have changed the way Americans think. Today, the blacks are considered as equals. The past series of the civil rights movement has influenced the current series of civil movements that we witness today. According to Rhoda, the civil rights movement provided opportunities for the blacks to understand their roots and the reason for liberation to realize political, social and economic freedom.

Segregation prompted the blacks to form various national organizations to address their dissatisfaction. Rhoda records that the blacks believed that such national organizations would help them get out of the bondage which they had been subjected to. One of such movements was the National Association for the Advancement of Colored People (NAACP) which was formed in 1909. In the following year (1910), the National Urban League was formed to allow the blacks to have a smooth transition to the urban life. According to Rhoda, the creation of national movements marked the beginning of civil disobedience that allowed the blacks to achieve racial equity and full citizenship rights.

Rhoda has used information from the First World War to describe the disadvantages that the black soldiers were subjected to. The information contained here is relevant since outlines the level of segregation and discrimination of the black soldiers. It is worth noting that black soldiers who participated in World War I were not allowed to become leaders. In addition, they were not provided with equal training opportunities. Rhoda has noted that the war created space in the Northern cities which the blacks were interested in moving to. The mass movement of the blacks in the Northern cities allowed them to acquire political presence. In this way, they used their political influence and money to fight segregation and racial inequity.

Rhoda has discussed the Great Depression of the 1930s extensively to underpin how it changed the thinking of the Americans and its significance to civil rights movement. In the Northern cities, the blacks were not allowed to work in the business organizations owned by the whites. In this regard, they opted to boycott their products through a slogan known as ‘”Don’t Buy Where You Can’t Work” to frustrate the business of the white people. This was a culmination of the civil movements that was aimed at liberating the blacks from political and economic oppression. World War II and Political Protests have also been discussed t describe the chronology of events and the attainment of the liberation of the blacks in America.

In conclusion, Rhoda has used political science, sociology, and history to analyze the strategies employed by the various individuals and civil rights groups to achieve full citizenship rights and racial equity in America. The perspective she has used in this book allows the reader to have a broader look of the chronology of events that culminated in civil movements in the 1960s.