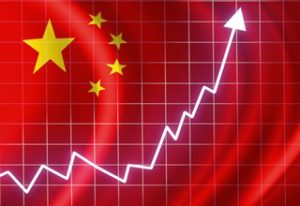 Asia. However, there is a lot more which needs to be done to ensure continued economic growth. China should reduce their reliance on exports. This would generate more employment opportunities. Besides, the country should encourage labor –intensive methods of production. This would bring a lot of benefits to the average household thus ensuring that wealth is equally distributed. The Chinese government should put in place policies to curb pollution. This would improve the life expectancy of people who work in factories.

China is also experiencing an increase in the number of the aging population. This has prompted most firms to adopt capital-intensive methods of production. China should put in place employment regulation measures that encourage employment of young talented individuals. Young employees are energetic thus would enhance the production processes.

China should encourage domestic consumption to mitigate the effects of global imbalance. This would also promote wealth creation in the local market by reducing the cost of importation and exportation. Capping the inflation rates would enable China to experience continued economic growth. This is because the production costs would reduce thus increasing export earnings. This can be achieved by introducing tax incentives on the various factors of production. As such, the prices of commodities will not rise.

China should promote urbanization in rural areas to ensure balanced economic growth. This should be extended to the cities that are located in the in the Western and Northern regions to increase their participation in the international trade. Providing affordable housing in the industrialized cities encourage the movement of foreign expatriates in the manufacturing sector. This would, in turn, contribute to continued economic growth.