In terms of understanding a fractional reserve system, it is important to analyze a commercial bank that how it actually operates. In this part of the chapter, the things are explained to understand that what the balance sheet of a bank is with regards to its required reserves and its actual reserves. It is crucial to look at the balance sheet of a commercial bank, which allows analyzing the asset statements that what is owned by the bank, and what they owe to others, and what kind of claims can be made on their assets. The balance sheet should be a balanced one having the potential of equaling its assets value to the assets, which are owed to be claimed by other parties. This whole process is a good one for a commercial bank to create money. Once a commercial bank is created, and it has acquired equipment and property, the next step is to accept deposits so that they can give loans to others. Whatever the liabilities and assets a bank would have, it is important that they have deposited some portion of required assets in the Federal Reserve Bank. 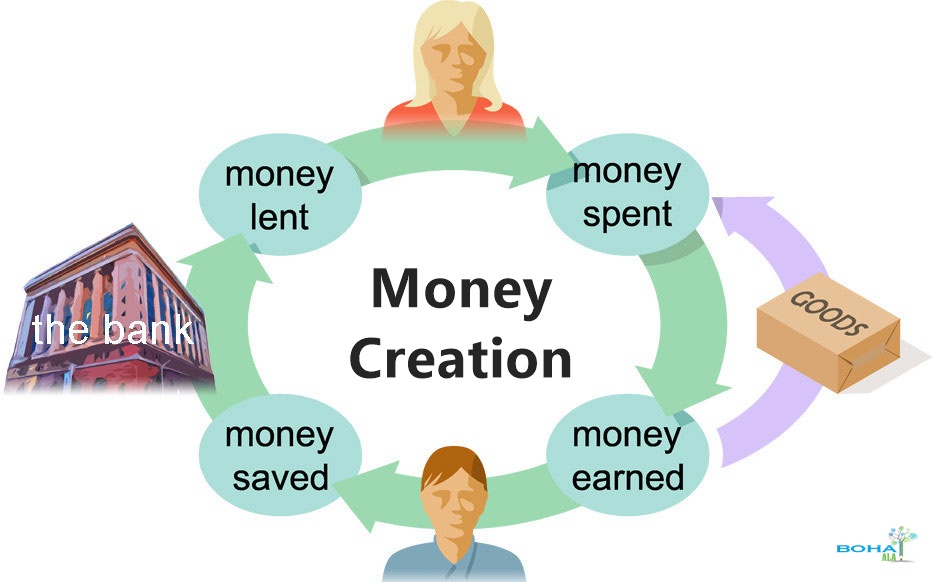 In this chapter, the process of money creation is described in a comprehensive manner that even a non-expert person can also understand some elements of money creation processes. It is a crucial question to answer that how money is being created by the banks. There are two parts of it; first part is relevant to making loans, and the second part is purchasing some of the government bonds. As mentioned earlier that banks get deposits from the customers, and once they have enough assets in their possession, then they start giving loans to customers on some percentage. In this process, new money comes to the bank in shape of interest that it gets from the people. The other elements of money creation are purchasing the government bonds. Both these factors of money creation do have their significant impact on the balance sheet. This all money creation process is done to get profits as well as acquire liquidity for the commercial bank.

The other most critical topic discussed in this chapter regarding money creation is the monetary multiplier. It is already understood that money creation of a commercial bank is not an easy process, but it can be done by properly following some patterns. There is a relationship between new checkable deposit money of the bank and excess reserves, prevailing in the banking system. When the money multiplier is lower, the reserve ratio would be higher, and in this situation the money creation will also be on the lower side. The financial system is a crucial one for every economy and the role of fractional reserve system for banks is also crucial in this regard. If money is not being created and circulated in an economy, then things really go down for the economy.

In terms of money creation, the banks can face various issues if things are not done properly. The money creation process is crucial because without money, the financial system will collapse. There can be an issue that a bank is not able to create money, because it has so strict policy for giving loan that no company is willing to get loans from them. In this situation, one factor of money creation is stopped. The competition is always there between the commercial banks, so it is important that a bank offers loan on low interest rates with easy terms and conditions so that more individuals and companies are attracted towards it. When loan is granted, it means that whole money will be paid back one day as per agreement, and additionally the bank will get some extra money in the shape of interest rate. In economic perspective, when bank is not able to attract customers to get loans, it means that they are not working well as an important pillar of the financial system. I believe that if a bank is not able to create money, then it should revamp its whole strategy and structures to identify that why people are not attracted towards them.