Causes and Consequences of Air Crashes

There could be the many or severe consequences of the air crashes, the lives of the people are 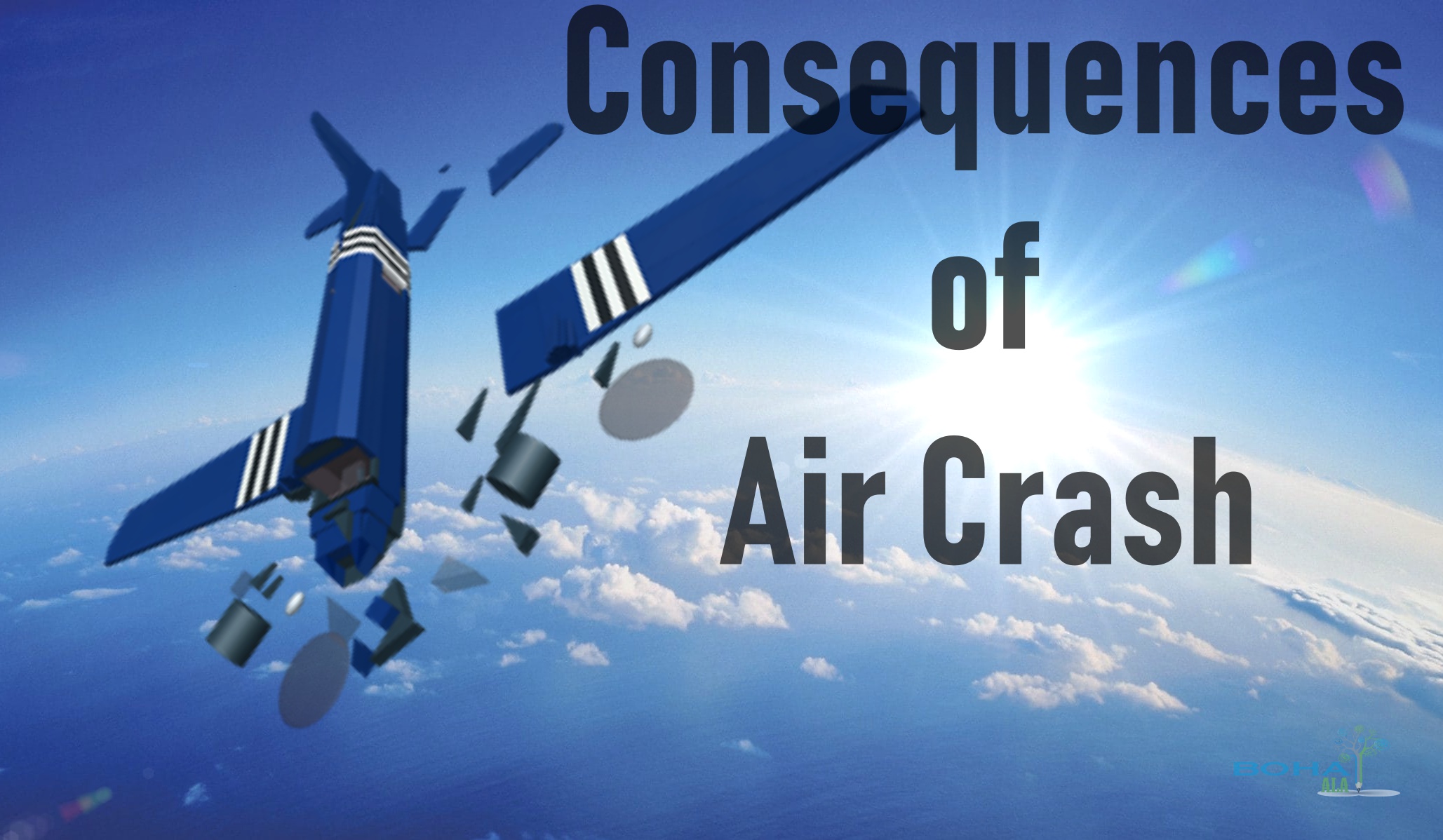 valuable assets, so it important concern to know about the crashes, the risks related to the crashes, there is need to know the passenger-distance calculation, to save the lives of the people, there is need to focus on the relevant matters. However, it is said by the BBC news that airplanes or air journey are six times safer than the car journey and twice safer than the journey of the rail. Crashes are the important concern of the researchers, as people prefer the air travel because they reach fast at the desired designations.

However, for the every billion of kilometer that is traveled, trains have the 12 times larger fatality rate than the air travels and the automobiles, have the 62 times larger fatality rate as compared to air travel. Consequently, airplane or the air travels are considered as the safest journey than the others, the buses journey or travels are considered as the safest journey. From the latest BBC news, it is predicted that the air travel is three times safer than the car travels, and air travel is said to be 30 times more dangerous, as compared to buses transportation. For the growth of the industry, there is the need to make the safety regulation for the passengers and need to aware them about the consequences that may occur in all types of travel (Stephens & Ukpere, 2014).

The researchers of FAA air safety, have found out that there is no seat in the plane, which is the safest, however, the study after 2007 air crash of Brazilian air force flight data, indicates that back seats are safest as compared to the from seat of the airplane. There are the articles did the researchers on the reason for the crashes, the researchers also identified the people, who saved in the crashes, however, there are around 95% of the people, who survived in the airplane crashes between the 1983 and 2000. Through the study, it is noticed that airplane or the air journey is the safest, the people of the developing country, do not travel from one city to another by the airplane because they think, the air travel is not safe. However, the people of these countries are rich or have the money, but they do not want to spend on the airplane. The industry regulators of the airplane industry need to do researchers on these aspects so there could be a growth of the industry.

To know about the causes of air travels is very important; so that the disasters can be prevented, and passengers can be safely reached to their desired designations. The researchers have found out that many of the accidents of the airplanes or the air travels take place due to the human errors, as the designers or engineers make the mistakes while designing the plane. The plane crashes also take place when the planes lost the connections or connection fails, with the company or when they do not follow the guideline, or change their way. However, many of the crashes take place, when the collapse with each other.

Human errors could be the major cause, due to which plane crashes take place; the researchers have shown that NASA is trying to overcome the causes of human errors or the plane crashes, human factors and the safety are being focused by the aviation accidents. In the last 20 years, there are improvements done in the various projects, the analysis of the problems is there and the teams are trying hard to find out the causes. However, there are the focuses on improving the cockpit designs, the crew did efforts to make the better communications with the pilots, while they are on the flight, the flight crew and the cabin staff are being focused so that the communication processes can be progress or improve. The safety management techniques are also elaborated, the industry has taken the initiatives to improve the causes, effects, and nature of the maintenance errors (Lawrence & Gill, 2007).

The designers need to do the efforts to reduce the human errors, certain types of error can be predicted but some cannot be predicted specific errors are due to the neglecting of human, within the system, there is need to predict the human errors, so that errors can be reduced and safety can be there. The plane crashes also take place due to the incorrect management of the fuel when the management fails to understand that how much fuel is required to reach the designation. There are many cases reported about the fuel issues, as in the case of RADALT and steerable, when the tan supply become depleted, the landing flight unpowered and the engine flamed out, there was the loss of connection and plane crash occur (GOV.UK, 2013).

There are many other reasons, which can result in the helicopter or airplane crashes, most of the cases reported are the error of the plots, as they do not understand or predict the situations effectively. There are the inefficiencies in managing the strategies, as the flight instruments were not monitored effectively, which resulted in the error or helicopter crash ( GOV.UK, 2013). From the investigation, it is also known that the pilots were unaware of the buildings, or the pilot of the helicopter did not see the crane, the weather sometimes also result in air crashes, however, the cloud or rain can create problems, for pilots (GOV.UK, 2015).

Human errors or pilots errors resulted in so many deaths as 2009, National Transportation Safety Board, determined that in New York north airport, 45 passengers, 2 pilots and 2 of the flight attendants were killed because of the pilot error. In 2008, the Boeing 737-505, which was operated by Aero-Nord, killed 6 crewmembers and all 82 passengers, because of the pilot error (Barreveld, 2015). Our the researchers on the air crashes investigates that human errors are the main cause of airplane crashes, based on this reasoning the pilots and the other crew members or related bodies of the department need to given training, so that there could be reduction in the errors and human or passengers can be left safely at the designations.