Cause And Effect Essay Example

A change in the way I deal with other People

Cause and effect essays are majorly used to organize and discuss ideas, they try to find out why things happen which is the cause, and what is the resulting effect of these happenings (Mundiandy, 2013). Cause is determined by asking question, “why did this happen?” and to identify effect, one need to ask “what happened because of this?”. In rare 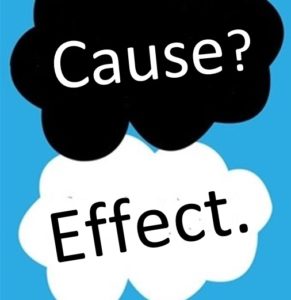 Need to ask myself why I changed from the way I deal with other people, now the reason for my change on how I deal with other people will be the cause. Initially, my dealing with other people was such a wanting one that couldn’t benefit me in any way. To begin with, I was one person who was never thankful in life, whenever someone helped me in any way, I never thanked him or her and I realized this could cost me a lot in my future life. So what was the effect or result of my unthankful behavior to other people? The negative effects completely outweighed the positive effects. There was a tremendous reduction in helping hands I used to get before; people realized that I failed to appreciate their helps towards me by not being thankful to them, this also influenced my behavior positively because I later realized that we need to be appreciative in order to get more helping hand because in this world no man can always stand alone.

The second thing that made me change my attitude on how I deal with other people is that I realized most of my friends never wanted to associate themselves with me anymore (cause). And why were these friends running away? I had this arrogant behavior towards them and the society in general, I rarely had time to pay attention to their conversations and I always prioritized my needs above them and any other people. Arrogance and smugness is always an evidence of little life experience and lack of adequate exposure. My arrogance kind of life made me develop a jealous kind of attitude towards my friends achievement and success, because they could no longer adhere to my arrogance behavior, they had to quit and break their relationship with me. And what was the effect of this my arrogance behavior of dealing with people? First I had no people to share my secrets and problems with because of losing my best friends due to my arrogance behavior. Secondly, my loneliness was a complete depressing one and I realized friends are the only cure for loneliness. Loneliness is always accompanied with boredom, without these friends, there was also no side jokes to make me laugh and live a happy life and we all know laughter extends one lifetime. I had to avoid arrogance behavior at all cost to ensure my friends I maintain my friends.

Also Study: Cause and Effect Essay Example on Military

Cause and Effect Essay Sample