Caterpillar Inc. is a renowned leading manufacturer of construction and mining, diesel and natural gas engines and industrial gas turbines. It provides state-of – the-art infrastructure technology worldwide through its global dealer network. Its established brand reputation accounts for over half of its income from outside its home country, America. With the rapid globalization and growing world economy, it is facing stiff competition from countries like China and Russia where it proposes to enter into partnership with local firms. The major problems that it faces are from the low cost indigenous products which are aggressively marketing their products especially in places like China and Russia.

Low-priced products produced locally are the main competition facing the company. The brand equity of its product makes it difficult to lower the prices of its core product line. The company is thus faced with several perspectives which may or may not jeopardize the market position of its popular and core products. To remain in competition, it can either lower the cost of its main product line permanently or it can bring down the prices temporarily or it can introduce a new LEA (less expensive alternative) with a product that is different or locally manufactured or refurbished and sold under its brand umbrella with caterpillar standard service. 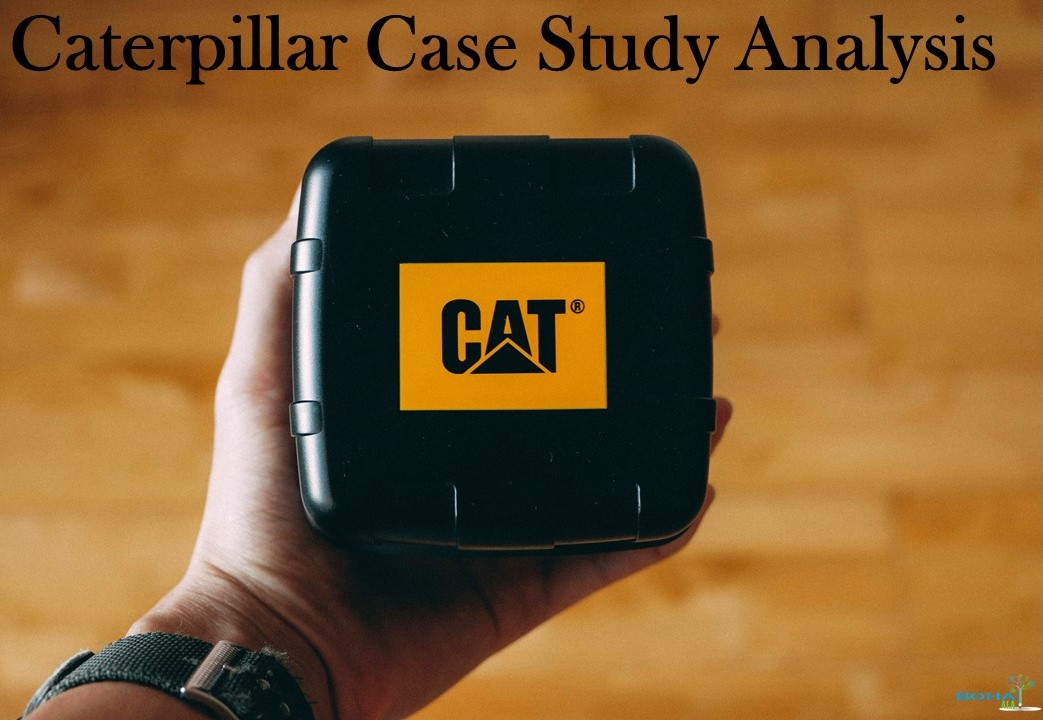 The company faces the dilemma of whether the market status of its core product would be cannibalized in the price war or an alternate product line would help meet the competition in a more healthy manner while retaining its market position vis-à-vis its core products.

If the company constantly reduces the prices of its main product line, it faces a global loss of credibility and potentially a huge profit margin that can prove disastrous for the company’s image and threaten its position as a global leader. Temporarily lowering the prices would have the same consequences as the previous ones.  The company is thus left with the option of introducing a new low priced product line to meet the challenge of the local products.

The third alternative needs to be studied in detail due to several hidden problems, such as price difference between its premium brand and LEA and between LEA and local products, and how far it can be reduced in comparison to local goods. Apart from this, the company must prepare a strategy so that its market position of its premium brand is not compromised when LEA are introduced under the company name.

The company’s main concern is to maintain its global leadership in the field while at the same time keeping ahead of its local competitors. The market strategy that needs to be adopted should be such that its core product line maintains its position but at the same time, new LEA is introduced as a viable option for the middle class or the class that needs to be targeted in order to gain maximum market share. The division of target group for the two product lines seems to be the ideal solution to the problem, which when handled with strategic advantage of the company’s credibility and global standing, may turnout to be the landmark strategic move to meet the growing challenges from the rapidly growing third world economy and technological advancements.

The company has come up with strategic partnership with the local manufacturing firms, which has strengthened its position vis-à-vis local manufacturers. The process has also facilitated its entry into new market with ease and given it a definite leverage over its rivals. It also looks as if the target group for its core product line may not be large as yet, but it has vast scope for expansion.

LEA, on the other hand, has several advantages which may allow it to have flexibility of the product prices. The first and foremost is the low cost of its products that are backed by an established name in the industry. The second is the wide range in the product line, both vertically and horizontally, that gives it a decided edge over its competitors. Its refurbished products promote sustainable development which is the need of the hour. Lastly but not the least important is the fact that howsoever low the product price be, products would always be backed by quality, efficient service and state of the art technology which the caterpillar company endorses.

LEA, as a best alternative has huge potential to succeed in a market that may be flooded with low cost products of same nature. Appropriate market strategy emphasizing the special low cost products, which are backed by world’s leading company, would definitely play major role in establishing LEA as a reckoning force in the new market. Lea would succeed not because it would be low cost but it would do so because despite being low priced products, it would be a quality product that would have undergone the same rigorous test conditions that Caterpillar’s premium brands undergo during manufacturing process. The products would be backed by same after sales service and experience as their core products, So in effect, the new market or the clients would be getting the world class product and services at an unbeatable price leading to a win-win situation for both of them.