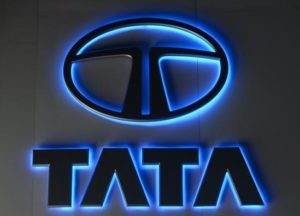 Tata industries were initially set up by Tata sons in 1945 as a managing agency for promoting business.

So if I were the decision maker, the next step decision would be to change the strategy of making more and more and different types of business involvement, launching new and more new business.

The first factor that I would consider towards making this decision is that if a company has already so much business strategies and have business plans and business setups then they have to stick to them for some time and give attention to the present business. If the older business is going down and you are launching new setups then its difficult for survival as more hiring’s and more funds for this and if the company have already budget for the current employees and if they want to start new business line they have to fulfill all the requirements of the last one then move forward .same wise Tata launch new to new business lines and by doing this they are un able to pay full attention on the last business and employees.

The second factor that I would consider towards making that decision is as the last employees have difficulties there are many cases where there will be recorded that there are problems with the employees rearguing some issues so if you do not solve their issues and give them cars etc. it doesn’t means it change the shape of the problem but you are just diverging from the problem..

And as they are launching car companies so as India is the country which import 70$ of crude oil what will happen to the country and burden and how new 10,000 employees will be employed if the others and working employees have issues.

The third factor that I would consider towards making this decision is that for as planting more and more plants its also environmentally not suitable and there are cases where people or farmers protest against this group Farmers and activists organized fierce dissents at Tata Motor’s Singur plant last February, saying nearby individuals were constrained off prime farmland to prepare for the plant. The legislature says it has remunerated the majority of the influenced farmers.so these problems arises when you go for more and more plants etc.