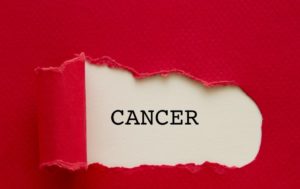 The 2cm form, non-tender, non-mobile mass on Ms. Baker’s upper outer left breast quadrant is an indication of benign breast disease, which includes noncancerous changes in human breasts referred to as Fat Necrosis. It is non-cancerous condition describing presence of a dead tissue in human’s breast and occurs as a result of a lump in an area where the fatty breast tissue has been damaged. In this case, since Ms. Baker had not in previously undergone any radiotherapy, breast surgery or a needle biopsy on breasts her breast tissue might have been damaged due to an injury or a bruise (Tice et al., 2015).

According to Raman et al. (2017) the fibrocystic breast condition is a non-cancerous benign state where a woman suffers some pain in her breasts as a result of a lump which leads to changes in the breast tissue. The lump is usually as a result of small breast masses, fluid-filled, tender, oval or round sacs within the breasts. The cysts affect women at any age but are most common when women are at their forty’s. The cysts start as a small fluid that builds up inside breast glands, which are very tiny to feel and only visible under microscope (Raman et al., 2017).

Raman et al. (2017) states that he condition is non-hazardous but due changes in hormone the cysts become painful and bigger and at times are visible before menstruation time. As a result of the pain it leads to uneasiness and in most cases the doctors do not submit to it as a disease, but as a condition prone to some women at some point in their lives (Raman et al., 2017).

The most common form of breast cancer is the invasive ductal carcinoma accounting for more than 80 percent treated cases of breast cancer across the world.  The term ‘invasive’ describes the cancer’s main feature of spreading to other surrounding breast tissues. The condition starts at the milk ducts, which carries the milk from the lobules to the nipples, and then breaks the wall of the milk tubes and invade the other breast’s tissues.  The ICD over time if not diagnosed invades to lymph nodes as well as other parts of the body. It can affect men, but is most prevalent on women mostly at their old age though it can occur at any age (Tice et al., 2015).

The major difference that exists between the invasive ductal carcinoma (ICD) and ductal carcinoma in situ (DCIS) is on location and ability to infiltrate (Wei et al., 2012). The DCIS starts and remains within the milk duct without spreading to any other area. However, ICD starts at the milk ducts, breaks their walls and invades the surrounding breast tissues but at times can times, it spreads to other parts of the body through the bloodstream lymphatic scheme and lymphatic scheme (Wei et al., 2012).