Home > Projects/Reports > Book Review: The Travels of a T-Shirt in the Global Economy

Book Review: The Travels of a T-Shirt in the Global Economy

In recent years, people who claim to fight for human rights and fair labor conditions, as well as fair working environments, have protested against the mistreatment of laborers in the clothing making industry. The 1999 campus demonstration at Georgetown University is one of the outstanding examples to remember while addressing the issue created by the cotton industry to the laborers. Pietra Rivoli puts into perspective the issues surrounding protests against the cotton industry by discussing t-shirt issues in the global economy. In his book, “The travels of a t-shirt in the global economy” Rivoli discusses the reasons that made America be the global leader in cotton production. In the preface, the author directs the overview of the cotton content protests. The protests attribute the cotton industry to the abuse of human rights. Protesters called backlash in the book refuse to buy t-shirts made from cotton because of the perception that the cotton industry involves child labor, human trafficking, unfair employment terms, and unsustainable compensations. The student protesters joined other human rights activists to campaign against global trade conferences. The reasons for the opposition were that globalization is the reason behind the maltreatment of workers in cotton and other industries.

Pietra Rivoli appears in the book to want to dismiss or challenge the idea of anti-cotton protesters toward globalization and international trade. The majority of the impactful protesters are Americans who seem to curse the way the global cotton industry operates to make t-shirts available. To the protesters, before the t-shirt they buy reaches the market, it passes through child labor, underpaid workers, and poor working conditions (Rivoli VI). The book recognizes, however, that the American cotton industry’s success depends partly on the cheap labor obtained through slavery. Cotton growing is a big economic and agricultural activity in the Southern frontier. Wealthy people rank according to the hectors of the cotton farm owned and the quantity of cotton possible harvested from the farms. The significance of the US cotton industry is comparable to the Swiss pharmaceutical industry, Japanese automaker industry, and the Germany chemical industry.  In the industrialized countries, unfavorable climatic conditions make it difficult to produce cotton in large quantities. It is because America does not have a significant rivalry that would come from similar-status producers (Rivoli 4). This state leaves America to compete with some of the world’s poor and underdeveloped countries. 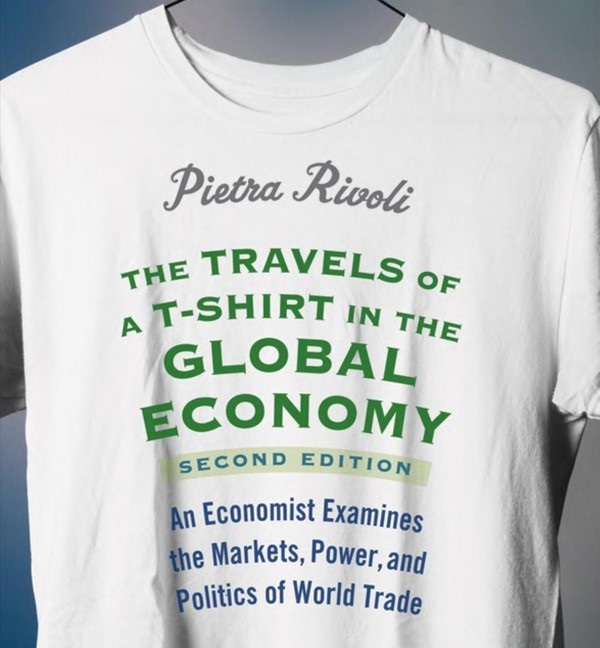 The first reason other than subsidies to cotton growers for the success of the American cotton industry is that the country attained the leading position centuries earlier than the implementation of the subsidies. In fact, an estimation of 200 years ago is the time that the USA started to overshadow its competitors in the cotton industry. It is for the reason that subsidies may only account for small cots advantage today but cannot form the basis for the success of the cotton business in the USA.

The conduct of the American cotton growers is another reason to explain the success of the cotton industry in America and eventual global dominance. The framers have adapted their growing methods to current climatic and environmental conditions. The marketing strategy for the cotton and technology used in the production process are superior to assure positive and desired performance. The farmers have formed organizations that guide them in responding to shifts in supply and demand to cushion against the malfunctions in the global market (Rivoli 7). Through the insight gathered by the organizations, the frames are able to see the future and develop proper counteractive strategies. In each case of decline or ascendancy in the cotton market, the farmers reacted with new technology, a new policy, and a new idea. It is the lack of such strategies and responsiveness that farmers in the developing countries lose and start accusing America of their frustrations. The innovativeness, entrepreneurial, and resourcefulness of the American farmers are due to the activeness of the institutions. Rivoli comments that the governance mechanisms to support such success in America are lacking in the poor countries, and unachievable in the nearest future. In America, the farms work, government works, the market works, universities work, and science works. All the elements operate together in a somewhat virtuous cycle to ensure the success of the cotton industry. The organization and coordination of the American institutions are in a manner to supply power to the farmers rather than away from the farmers as happens in the West African and other developing countries producing cotton. The institutions collectively work to insulate the farmers from the detrimental effects of the market forces.

According to Rivoli, Tech University of Texas plays an important role in the massive quantity of cotton produced in America (12). The institution plays an important role in educating farmers on sustainable practices that lead to the productive growth of cotton. The institution also conducts research on cotton to identity, eradicate, and treat diseases that affect cotton. Tech University works with the US Department of Agriculture and farmers to conduct research on conditions that affect cotton production. The institution is the global largest center of cotton research.

Even though considered shameful, the author of the book gives partial credit to slavery for the success of the American cotton industry. Even as he does this, the author is aware of and acknowledges the credence that this has in validating the arguments of anti-globalists otherwise called backlash in this book. As mentioned earlier, the backlashes protest t-shirts because of poor working conditions and terms of labor associated with cotton growing and production (Rivoli 23). Prior to the American Civil War, slaves provided cheap and usually free labor to the Southern plantation owners. Rivoli reports that by the time of the start of the Civil War, American was already producing about two-thirds of the total global cotton supply. In fact, slavery was the first crucial American labor policy that helped in protecting cotton farmers against foreign competition.

The book is informative in nature and provides objective arguments and grounds for every issue of concern. Prior to reading the book, it is difficult for a person to understand that Texas is indeed the global leader in cotton production. This understanding comes from the reports by Rivoli when he visited a t-shirt manufacturing firm in China. Pushed with the desire to know the source of cotton for the Chinese t-shirt industry, Rivoli requested a manager of a t-shirt company to show the location of plantations for the cotton supply. While using a globe to show the place, the manager pointed to Texas, USA. This revelation has the impact of opening the eyes of any American skeptics on the t-shirt business. The source of cotton alleged to involve in sweatshop business is actually in America where every aspect of the law is crucial and unavoidable.

On realizing that America is technically the global leader in cotton production, one can quickly attribute the success to cheap labor and probably slavery. Fortunately, the use of slaves in cotton plantations is a matter of the past decades. During those gone decades, slaves worked to make America become the world’s largest producer and exporter of cotton. Currently, the cotton farmlands employ moral labor and mostly use technological innovations to conduct operations in the cotton plantations. Every aspect of labor relations in the cotton plantations is under the guidance of policies created in Congress to benefit the farmers (Rivoli 19). Cotton growing and processing in America is under proper organization that always guarantees success. Many institutions like universities, scientist organizations, government departments, business experts, and farmers work in close collaboration to ensure that cotton growing is always successful.

Additionally, reading the book will make a person understand that the success of the American cotton industry is not entirely due to government subsidies as claimed by competitor countries. The success is a mixture of many programs the subsidies is part.  For instance, the Tech University in the Lubbock region provides training to the farmers as well as conducting researchers aimed at improving growing conditions. The US Department of Agriculture also funds researches as well as making proposing policies intended to improve production. The US Department of Labor also tracks labor conditions and the magnitude of work on a timely basis to enforce policies that ensure efficiency and minimum damage to the cotton industry.

In conclusion, the anti-globalist protestors otherwise called backlashes by Pietra Rivoli have no basis to support their advocacy in contemporary America. First, Texas that is part of America is by technical measure the largest producer of cotton in the world. This statement means that America cannot import cotton from other underdeveloped countries where the cotton industry characterizes with abuse of labor and poor working conditions. If the reason for fighting globalization is to discourage exploitation of workers in the ‘sweatshop’ companies then the backlashes will do big harm rather than defending the underdeveloped countries. America has its own local companies that undoubtedly consume the local cotton as raw materials for t-shirt production. Globalization is the way to prosperity for the underdeveloped countries that the backlash purport to defend.