The automotive businesses BMW and Mercedes-Benz are two organisations in continuous rivalry. These two firms were chosen because they produce the same commodities that make them rivals worldwide. This essay aims at comparing, contrasting and evaluating marketing strategies employed by two distinct firms.

Marketing, according to the American Marketing Association, can be defined as the activity and process of communicating, creating and delivering the offers that have values for the clients, customers, partners and the public fraternity at large. Marketing is the core aspect of any business and without it, no sale can be made. A proper marketing strategy will enable it win more customers in the market and make high profit. The aforementioned companies have laid a number of similar and dissimilar strategies in marketing the automobiles (Banner, 2012).

Both Mercedes-Benz and BMW are famous for their consistent manufacture and sale of quality motor vehicles and the paraphernalia. The two companies have a long history of supplying the automobile market with very sophisticated and efficient different car types. It is this innovative nature of the companies that has always led to the satisfaction of millions of customers worldwide.

BMW Company tends to specialize on the manufacture and sale of premium segments of the automobiles (Dudovskiy, 2013). The premium segmentation has enabled BMW to produce well built and superior cars that have, in return, drawn the attention of numerous customers in the world market and, has also retained the loyalty of the existing buyers. The high quality vehicles have, therefore, led to the annual increase in sale and hence profit growth. Mercedes-Benz also practices the premium segmentation and has been very successful in designing quality and durable cars through this. However, Mercedes-Benz has been making efforts to manufacture a variety of car models that target the interest of the young generation. BMW models though exist in different sizes, have been critized as conservative (Saliu, O. 2012.). 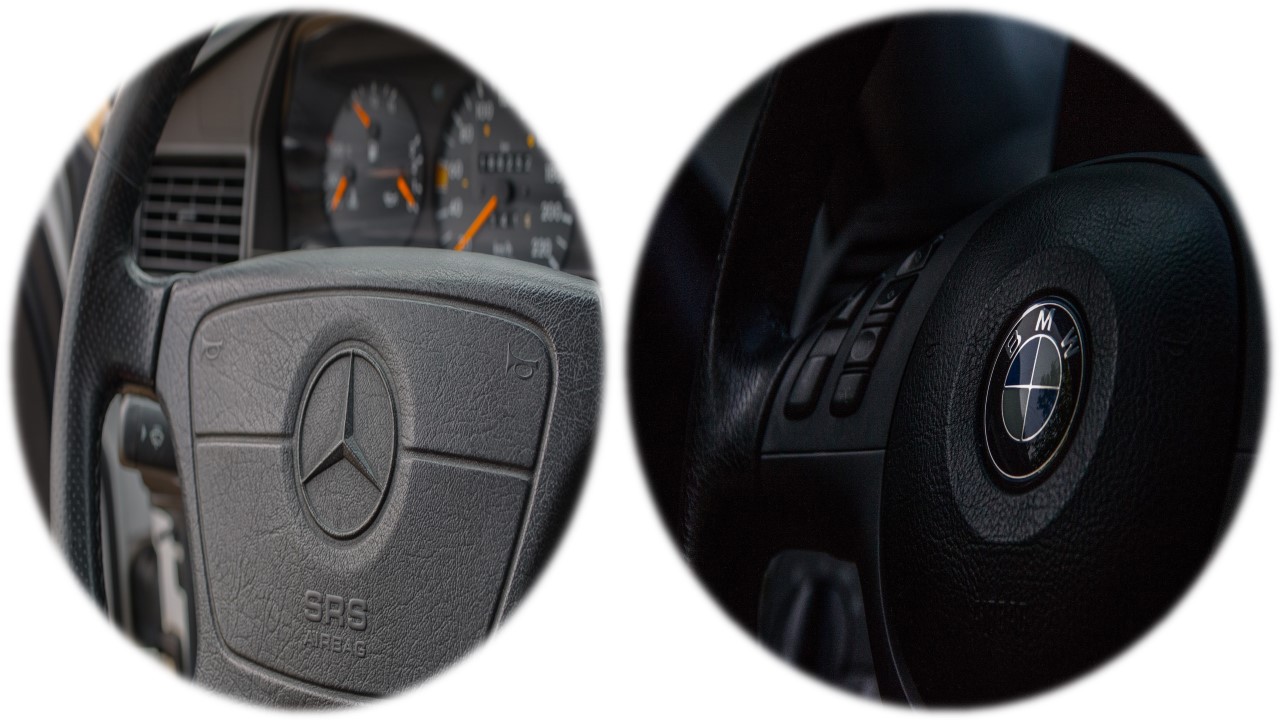 The two automobile companies have been long time rivals since early 90s; each one of them attempting to ape the other. For instance, in the mid 90s, both of them used the media, Hollywood in particular, to globally market their cars. In 1995, BMW model was featured in the “Golden Eye”, a film by James Bond. The audience got to see the speed and strength of BMW car through the film. In rivalry, Mercedes made a deal with the Universal Pictures a year later to have its model filmed in the production of “The Lost World” (Ken, 2014).

In the era that the Japanese automobile companies hit the market with more luxurious car models such as Lexus, both BMW and Mercedes had to shift their marketing techniques in order to counteract this external rivalry. In so doing, the two German companies shifted from advertising in the line of luxury as does the Japanese and, instead, concentrated on the quality and value of the car. Furthermore, the duo had considered lowering the car prices, a move that quickly helped them retain their acquired customer loyalty and increase the sales.

The BMW marketing strategy has displayed uniqueness in the origin and approach. One aspect of this uniqueness is the formation and support of a strong dealer network from various nations. The Dedicated Dealer Marketing service (DDMS) has aided the company in the local marketing and sale through different promotions and advertisement (BMW 2). The dealers usually stock quality images of the cars, which directly communicate to the customers on behalf of the company. Besides these magnificent images, there is a continuous customer contacts program put in place by the dealers to ensure quality service delivery and loyalty of the clients. Not much is known about the Mercedes on the continuous customer contacts program.

Other than the above mentioned, BMW has also employed a wide range of other advertising techniques that include branding and launching of new models. One peculiar aspect in all the BMW advertisement is the focus that has always been centralized on the commodity of interest; the car. Such advertisements usually come with bold messages of persuasion such as “at BMW, idea is everything”. The car models come different sizes; from 3-series to 7-series. They are also painted in with diverse beautiful colors to satisfy the taste of a range of customers. BMW has used journals and print magazines like Monocle to for display of their sole product.

In creating a good image of the company and enhancing more publicity, BMW has been sponsoring sporting events such as the Olympics. In 2012, BMW sponsored the Olympic Games and used the very occasion to market the company. It also sponsors the BMW championship golf tournament that is held annually. Mercedes-Benz has not ventured enough in sponsorship as a way of marketing.

Pricing strategy of BMW that is referred to as the “premium-tization” has greatly polarized the automobile market (Dudovskiy, 2013). The premium- tization has been effective in prompting the customers to pay high prices in return of the high quality cars, a strategy that has been partially emulated by Mercedes.

According to Luxury Daily, Mercedes-Benz has been very dynamic and has embraced the digital world of marketing (Li, 2004.).  In advertisement, the Mercedes Company has fully explored the social media such as Facebook and Tweeter to reach a multitude of the young generation customers.  The Facebook page for Mercedes has close to 2.5 million brand images, videos and other relevant links for the clientele. It is on such a social media page that the company and the customers freely interact and strike deals. The customers write on Facebook wall of the company and get instant reply to their queries. Mercedes has also encouraged the use of videos to chat with the esteemed customers who in return, feel the personal touch. The You-tube videos about the car models have also campaigned a lot for the company (Saliu, 2012). BMW has not yet considered reaching out for the digital generation in this manner.

Mercedes-Benz models, like the BMW, have also been advertised in the print magazines and journals that purpose to affluent the tech-savvy shoppers. Mercedes is the leading luxury automobile manufacturer in Asia.

On a closer evaluation, the two German automobile companies have not yet reached some parts of the world with their marketing. BMW must join Mercedes in the social media marketing and target the new generation. Both companies should consider price reduction so as to acquire more market in the developing nations. The spare parts of the models have not been easily accessible and this has made a fraction of the potential customers turning away. In conclusion, the said consideration should be effected and included in the advertisement.