Overview of the Period

Although the USA attended the WWII, when the war ended, it was economically more durable than other combatant countries and in the post-war era, middle-class American became wealthier and reached prosperity. However, this prosperity did not extend to all American citizens. Especially African Americans, who were discriminated for years, were the ones who keep living in poverty. In the mid-1900, black people rose against social injustice and fight for their rights. The Civil Rights Movement enabled African Americans to secure their legal rights and social justice. This movement also affected American drama at that time, and when we came to the 1960s, the black theatre became angrier and more radical. Their plays reflected black people suffers and black movement. Vaudeville theatres also became popular since they were a lot of things to satire at that period. The theatre of absurd dominated the 1960s American drama, especially with the plays of Edward Albee, who was influenced by Samuel Beckett. 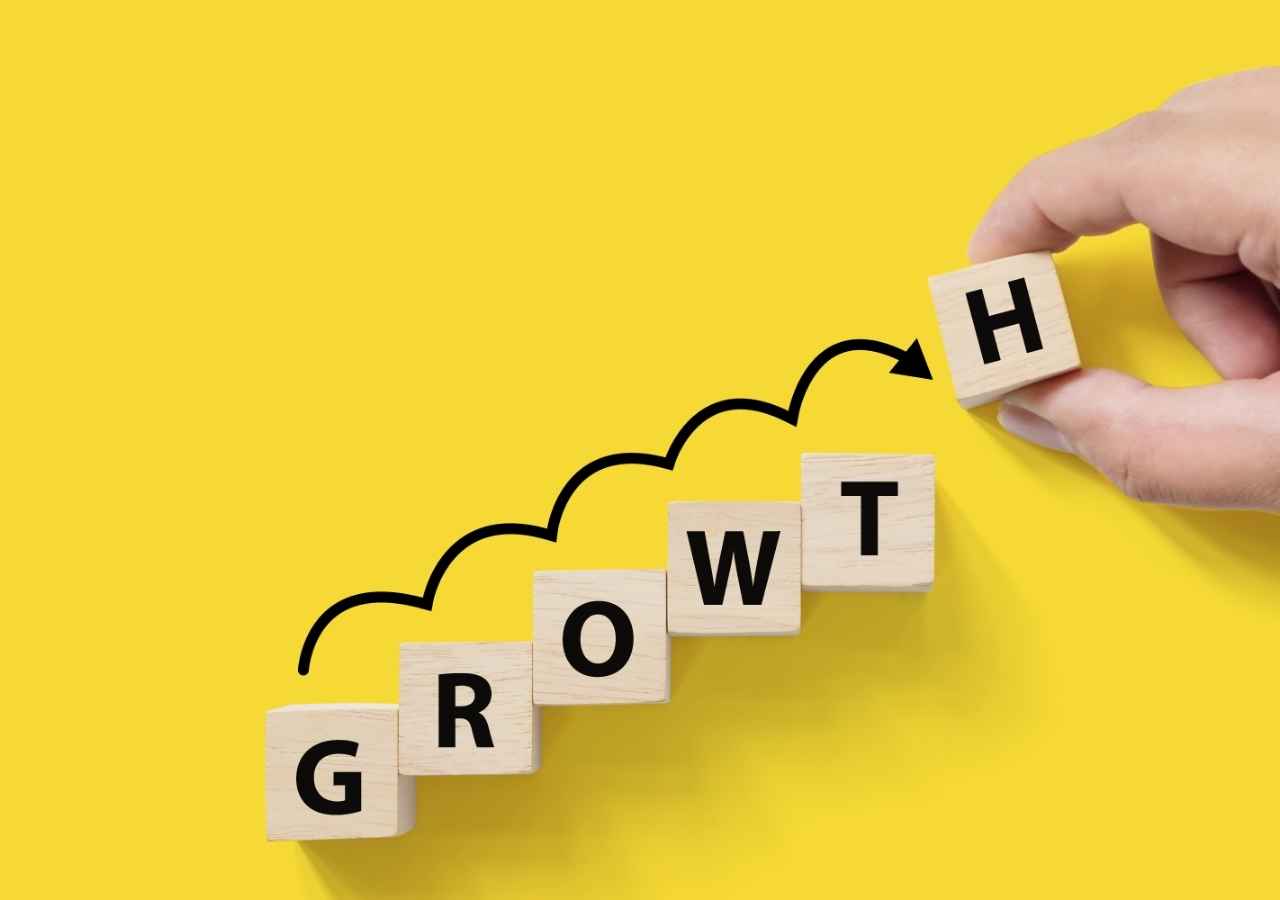 American Pulitzer Prize and Tony Award-winning playwright and theatrical producer, Edward Franklin Albee III was born in Virginia. He was adopted almost 20 days after his birth by Reed and Francis Albee. The Albee family is the co-founder of a chain of vaudeville theatres; therefore, Edward Albee got used to the theatre atmosphere throughout his childhood. At the age of twelve, he wrote his first play called Aliqueen, which was a three-act sex farce. His mother sent him to a military school to get discipline there, but he was dismissed from there as well. Then, he attended Trinity College, and he was expelled again in his sophomore year because of a lack of attendance. His family wanted him to become a doctor or a lawyer and never approved his passion for writing. For this reason, Albee left his parents to move into New York. He worked in several jobs as a waiter, sales clerk, bartender, and even a WU delivery messenger. At first, he tried to write poetry and some fiction but finally found himself more comfortable writing plays. When he was 30, he wrote a long one-act drama, The Zoo Story, which was his first significant work; thus, he embarked on his professional career as a dramatist. He sent the play to his friend in Germany, and it staged in Berlin for the first time. After his success in Europe, the producers agreed to put the play on the stage at the Off-Broadway Provincetown Playhouse with Samuel Beckett’s play on a double bill. He wrote two more plays entitled The Sandbox and The American Dream. However, he made his most reputation by Americanize the theatre of absurd. His best- known work is “Who’s Afraid of Virginia Woolf?” which is considered one of the greatest American plays ever written. He won Tony Awards for Best Play and New York Drama Critics Circle Award with this work; he also was awarded for Pulitzer but rejected by the committee. Four years later, he won the Pulitzer Prize with his other play, A Delicate Balance. With Seascape, Albee won Pulitzer Prize for the second time, and Three Tall Women brought him the third Pulitzer Prize.

African-American playwright, poet, music critics, and activists, Amiri Baraka was born in New Jersey. He is also known as Leroi Jones or Imamu Amear Baraka. He changed his name several times because he wanted to identify himself as a black American. In his high school years, he became interested in poetry and jazz music. After his graduation from Howard University, he attended U.S Air Force; however, three years later, he was dismissed because of his probable relationship with communists. Then he moved to New York and met Beat poets there, including Allen Ginsberg, Frank O’Hara, and Jack Kerouac. He founded Totem Press and published their and other poets’ works. He himself also began writing poetry and collected them under the name of Preface to a Twenty Volume Suicide Note. He gained a reputation as a playwright with his first significant work Dutchman, which tells a story of murdering a black man by a white woman on the New York subway. It was performed at Off-Broadway, and he won the Obie Award. After the assassination of Malcolm X, he decided to move in a black neighbour and move to Harlem and mostly focused on Black Nationalism. He opened the Black Arts Repertory Theatre/School, but it was dissolved a couple of months later. Therefore, he moved back to Newark, and he wrote two more plays (Police and Arm Yrself or Harm Yrself) about racism against black people. His writing style is always considered provocative and aggressive as well as polarizing and controversial. He died in Newark On January 9, 2014.

American Pulitzer Prize-winning playwright, actor, screenwriter and director, Samuel Shepard Rogers III was born in Fort Sheridan, Illinois. While working on a ranch, he also continued his high school education in California. After high school, he attended Mt. San Antonio College and studied animal husbandry there. During his college years, he became interested in Samuel Beckett’s works, absurdism and jazz culture. Therefore, he dropped off the college to attend a touring theatre group called Bishop’s Company Repertory Players and later moved to New York. In 1964, he wrote his first play entitled Cowboys and then The Rock Garden and they were performed by Off-Off-Broadway actors at that time. After that success, he kept writing and in 1966, he won Obie Awards for three of his plays, Chicago, Red Cross, and Icarus’ Mother. For his allegorical play La Turista, he was awarded Obie Awards one more time. His other plays for La Mama Experimental Theatre Club brought him more Obie awards. Melodrama Play, Cowboys #2, Forensic and the Navigators between 1967 and 1968. In the same years, he got grants from the Rockefeller Foundation and the Guggenheim Foundation. In 1969 he tried screenwriting and wrote Fourteen Hundred Thousand for the television. In 1978 he won the Pulitzer Prize for Drama for his Buried Child. He died at the age of 73 in Kentucky.

American Pulitzer Prize-winning playwright, screenwriter, and director, David Allan Mamet was born in Chicago, Illinois. He studied literature at Goddard College and also attended the Neighbourhood Playhouse School of Theatre. With his first play The Duck Variations, he made a breakthrough in 1972. In 1974, his second play Sexual Perversity in Chicago was performed at off-Broadway, and one year later American Buffalo received positive feedback after staged at Broadway and won the New York Drama Critics Circle Award. His 1982 play Glengarry Glen Ross which portrayed four real estate companies and their unfair competition to sell the most, was awarded Pulitzer Prize. Mamet is known for his unique dialogues in his plays, including repetitions, pauses, rhythm, and so on. His writing style of dialogues is so distinctive that it is called “Mametspeak”. His characters generally complete and repeat each other’s sentences. Mamet says “The language we use… determines the way we behave, more than the other way around.” (VanSpanckeren, 1994) He attributes a manipulative role to language and sees it as a weapon. Mamet also reflects this attribution to his works. His characters use manipulative language to conceive others.

American Tony Award-winning writer, screenwriter, and playwright, David William Rabe was born in Iowa. He began writing in his high school years. He got his B.A degree at Loras College and M.A degree of theatre at Villanova University. During his college years, he joined the campus theatre company, and his play even performed on the campus. After the university, he enlisted the army and went to Vietnam. He lost one of his eyes there, and after discharged from the military, within one year, he wrote one novel and four plays. He portrayed his war experience in his plays, such as Sticks and Bones (1969), The Basic Training of Pavlo Hummel (1971), and Streamers (1976). He was awarded Tony Awards for his play The Basic Training of Pavlo Hummel which was used surrealistic flashbacks. He also wrote screenplays called Hurlyburly (1984) and Casualties of War (1989). The latter was about the side effects of the Vietnam War on human psychology.

Pulitzer –winning playwright and writer Frederick August Kittel Jr. was born in Pennsylvania, and he was the fourth of the six children. After his father’s death, he changed his surname to his mother’s maiden name, Wilson. In 1962, he enlisted to the American army because of his mother’s persistence but left it after one year. After the army experience, he bought a typewriter and began to write poetry. Then, he became interested in theatre; he was also affected by Malcolm X in the late 1960s, so he co-founded the Black Horizons on the Hill Theatre with his friend Rob Penny. His first notable play was Jitney (1979), one year later he wrote Ma Rainey’s Black Bottom (1980) which was about a blues singer. He won Pulitzer Prize with his play Fences (1985) which was about racial issues in America, and it also performed at Broadway. Although Wilson was not a member of the Black Art Movement, he supported the idea of blackness and black people. His plays depict the struggles of black people, Afro-American experience and so on. He is known for his everyday language and realistic approach. Since he supports blackness, most of his characters are black people, and generally, they use Afro-American dialect.

WWII, Cold War, Vietnam War, and the Civil Rights Movement were all mostly affected the 1960s American drama. The side effects of the war, such as disillusionment and vanity of life led the 1960s drama more surreal and pessimistic and also the theatre of absurd became the dominant genre of that period. Edward Albee was the pioneer of the theatre of the absurd in America and mostly satirized the post-war American lifestyle, and later Sam Shepard joined him. Civil Rights Movement contributed to the growth of the black theatre; the tone of the plays got angrier and more provocative and reflected the racism against black people and Black Nationalism. Amiri Baraka and August Wilson were important playwrights who contributed black theatre’s growth.