This question has caused numerous debates and conversations in the United States in the recent past. The Black Lives Matter 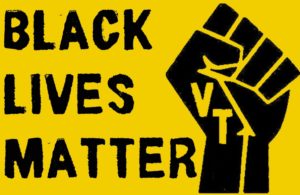 was established in 2012 after shooting a 17 years old African American Trayvon Martin. The young man was shot by a watch leader George Zimmerman was guarding a gated community (Carney, 2016). The founders of Black Lives Matter have remained active to date. They have put a lot of effort in educating Americans about extrajudicial killings of the black Americans residing in the United States (Garza, 2014). The executions are carried out by vigilante groups and law enforcement officers. The founders of Black Lives Matter have received both criticism and praise. This paper explains why the Black Lives Matter and the necessary steps the civil rights group can take to end social injustice for black lives.

Police brutality is not new among the United States of the American populace. The African Americans have faced the wrath of police brutality in the past. The recent shooting s of the black men in different streets in the United States has become a hot topic that people find worth discussing (Carney, 2016). Cities around the US have witnessed several protests and riots questioning the responsibility of the government in the killings. Police officers who have been involved in the murder have not been indicted for shooting unarmed black men. The protestors started a new social media movement as Twitter hashtag #BlackLivesMatter to raise the awareness of the government towards the black populace in the United States (Garza, 2014). The movement was formed at a time when the American society was considered to have become post-racial or “colorblind.” Today, the American society considers everybody as equal without considering the color of an individual. The society finds everybody as nonracial. However, this has not been the case in the recent past.

The ideology of colorblind was believed as the perfect solution to end racism in the US. However, in reality, it has failed to do so. In the post-civil rights era, the colorblind ideology has developed into a new form of racism. The Black Lives Matter was formed to restore the hope of black Americans (Carney, 2016). Its primary objective is to rebuild the black liberation movement. It is aimed to end inequality in the American society and celebrate the lives of black Americans. Some very many people have shifted the focus of this movement by advocating for the lives of all people. They believe that the lives of all people matter. The All Lives Matter has been used to reassert that the lives of all Americans are essential. In this case, they believe that the lives of the black Americans should not be lost or disposed of in the hands of law enforcement officers or vigilante groups. The movement Black Lives Matter holds water because it tries to liberate the African-Americans form racism, promotes peace and encourages engagement among the American populace (Garza, 2014). However, few individuals believe that Black Lives Don’t Matter. They have questioned the mission and objective of the Black Lives Matter movement as hyperbolic and a hate group that is working towards creating violence. There are also some critics that have maintained that the movement is ill-informed and has been used as a falsehood to charge individuals who are prejudiced emotionally. It is seen as a tool that is used to fuel the fires of inequality and racism in the United States. The critics of this movement argue that it has been used to profile the police. As such, it has destroyed the image of the police in the US and caused increased carnage.

Race consciousness has been considered as a modern phenomenon. In the past, it was not a factor that was being sued to divide individuals in the society. The European explorers were the first people to introduce racism in America. They based their argument on biological characteristics. They began to question if people were of the same species since the Americans looked different from them. As such, they started to classify people into different categories in what became to be known as “Great Chain of Being” where others people were considered as an inferior species (Garza, 2014). The race has been used as an important factor in grouping individuals into different social classes in the United States. The Black Lives Matter is trying to fight the new kind of racism that is finding its way in the American society (Carney, 2016). This statement implies that the lives all blacks matter. It is different from All Lives Matter that implies that “black lives matter too.” This is a movement that is inclusive. It is a broad-based social movement that finds it necessary to dismantle racism as portrayed in the American society. It addresses issues that were not addressed by civil rights groups in the past. The idea of Black Lives Matter gained more attention when the founders took to social media to share their phrase on twitter. It attracted the attention of many social media users who believed that they could use the platform to promote social progress in the society. The three women who found the movement felt that they could use the platform to affect change in the society. The Black Lives Matter Movement gained more recognition after the death of Chris Brown. He transitioned the movement to the action stage. Today, people believe that the movement can be used to change the mentality of people about racism.

In conclusion, the Black Lives Matter was formed to fight colorblind racism. It was aimed to change the systems and structures in the society and create a room where black Americans can be treated equally. The movement works towards introducing changes in the criminal justice system and lower racial disparities which have been witnessed across different cities in the United States.