“The Big Short” is a movie that I feel resonates which today’s situation. It took a recession to uncover the fragility of our financial system, and now it has taken a pandemic to reveal our actual health and preparedness infrastructure. The pandemic has caused havoc to the global economy, and we can only speculate as to when this will end. The movie is based on an adaptation of author Michael Lewis’ bestselling book, The Big Short: Inside the Doomsday Machine.

Revolving around the 2008 Global Financial Crisis (GFC), the movie gives the viewers a view of three groups of unhinged stock traders. They had started anticipating the United States housing market’s collapse from as early as 2005. Their anticipations were based on the high-risk sub-prime loans, and the packaging of subprime loans into collateralized debt obligations (CDOs) rated at AAA ratings. 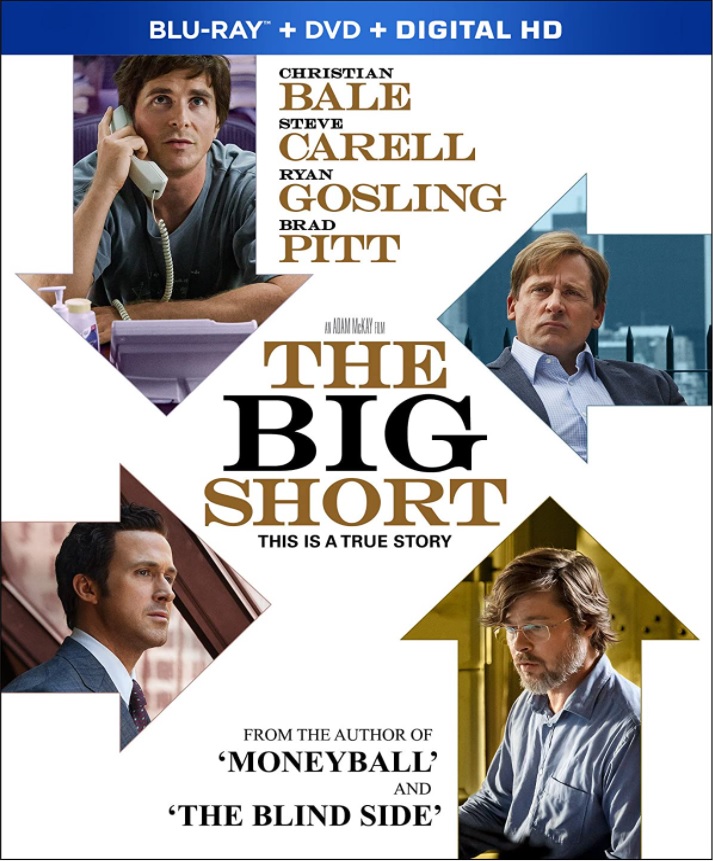 I think I know what you must be going through just by reading the previous sentence and have somewhat made up your mind of ditching this movie because the financial jargon makes it sound more like an online course on the GFC rather than a funny movie on a serious matter. But that is where the film stands out. With cameo appearances of actress Margot Robbie, celebrity chef Anthony Bourdain, famous singer-songwriter Selena Gomez and Nobel prize-winning behavioural economist Richard Thaler, the film tries to explain financial instruments like subprime mortgages and collateralized debt obligations as a meta-reference.

However, I wonder whether one is more likely to understand CDOs if a naked Margot Robbie explains them in a bubble bath? Probably not. Watching the movie for the first time will be an arduous task for a person who has no idea of financial instruments. The film uses the word “short” in almost every two minutes. This might be confusing for a person who does not know how the financial system works. It is also probably what the author is trying to mock: general lack of understanding of financial institutions while simultaneously trying to remind us how these institutions profit from our lack of knowledge.

If you get lost in the maze of understanding investment manoeuvres and products which undid the economy, you are sure to miss out on the subtle humour presented in the movie. For instance, the film’s narrator says, “Tell me the difference between stupid and illegal and I’ll have my wife’s brother arrested,” while explaining how the market is going to collapse with stacked up Jenga blocks. But I feel that it is a bit overboard on the humour part for a film that revolves around such a sobering topic. Every time you laugh, you end up feeling terrible for laughing.

I can’t help but wonder the fact that when ten years down the line a movie is made upon the pandemic, people watching it then will also pity the characters in the movie just as I was watching the employees who were laid off because of the crash of the financial market and economies. The bankers and the people had no seeming clue of the GFC before 2008, and so is the case in our pandemic with exceptions of the doctors in China who had hinted about the pandemic when it was in its nascent stage.

“The Big Short” is flashy and quick-witted just like the people on Wall Street. With the narrative being told at the pace of “Tom and Jerry,” the movie successfully captures the accelerated pace of life in the financial markets.

The movie is enacted by A-list stars like Christian Bale, Ryan Gosling, Steve Carell, and Brad Pitt. The director Adam McKay is exceptional in his technique of dizzying hand-held camera moves to characters occasionally breaking the fourth wall. He tries to find order in the messiness of the world, but at the same time, he is not stepping back from taking cynical delight in that chaos. “The Big Short” is a devastatingly funny comedy. After you have watched it, you will feel a state of rage, nausea, and despair. To understand the movie, one has to watch it at least a couple of times as it amuses while also educating you.