All over the world the issue on whether death penalty is beneficial or not has been a topic of debates for decades now.  Several advantages and disadvantages of death penalty have been cited, but to date it still remains to be a divisive issue among nations and there is still no clear trend on where the issue will end.  Some countries have passed laws approving its implementation while others choose to abolish it. This essay will present the benefits of death penalty and why it should be adopted as a form of punishment.

There are several arguments for capital punishment.  Foremost among these is that death penalty serves as a deterrent to people who intend to commit a capital offense. (Hinton, 2009).  The website studyworld.com stated that death penalty is said to deter crime by putting the fear of death to people contemplating to kill someone (Studyworld.com, n.d.).  It went on further to say that if a person thinks that harm will befall him if he does something wrong, then he will no longer pursue it.  As mentioned in the same website, another reason why death penalty deters crime is the fact that there will no longer be a killer if he is killed already.  This is applicable especially in serial killer cases. 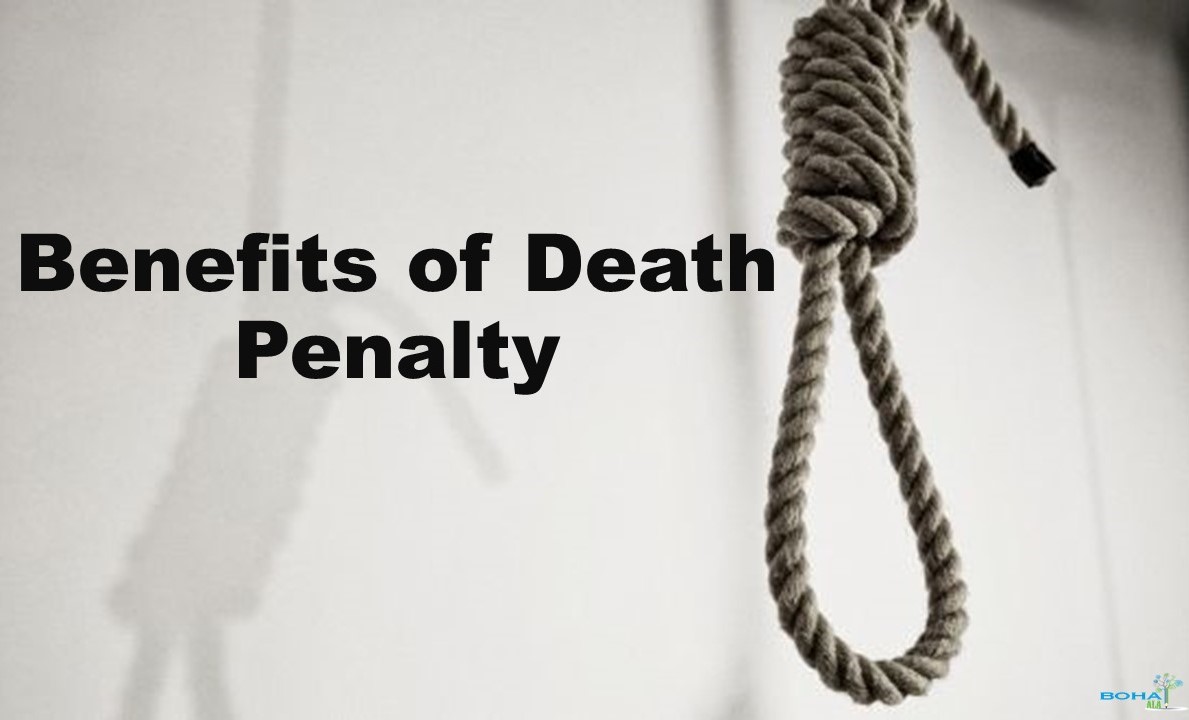 Another major advantage of adapting capital punishment is that the penalty is justified by the crime itself (Hinton, 2009).   If a person kills another person, it is but fitting that he suffers the same fate too.  The criminal’s lack of respect for the value of human life does not make him deserving of respect for his own life.  He has given up the concern for life when he took away somebody else’s life.  As Kozinski (U.S. 9th Circuit Court of Appeals) rightly puts it, “ Most of us still believe that those who show complete disregard for human life by committing remorseless, premeditated murder justly forfeit their right to their own lives” (Prodeathpenalty.com, n.d.).

Another argument presented by Hinton for death penalty is that some people argue that the criminal’s death brings about a closure for the victim and his family (2009).  It is easier for the victim (if still alive) and his family to move on if they know that the perpetrator of the crime has been duly punished.

Opponents of capital punishment claim that there is a danger of taking an innocent person’s life if death penalty is imposed.  However, this issue has already been properly addressed by the modern forensics and DNA testing used by criminal investigators (Hinton, 2009).  The possibility of killing an innocent person is almost nil.

Based on the above arguments presented, it is believed that death penalty is a justified punishment for criminals of capital offenses.  To stress this point, the Supreme Court of America once stated, “Indeed, the decision that the death penalty may be the appropriate penalty in extreme cases is an expression of the belief of the community that certain crimes are themselves so grievous an affront to humanity that the only appropriate response can be the death penalty. (Prodeathpenalty.com, n.d.).