Coronavirus Disease 2019 (COVID-19) is the recent unsolved medical puzzle that has resulted in many casualties in a multitude of countries around the globe and has devastated the world economy. The absence of a definitive therapy has led to the proposal of various pre-existing medications and vaccines as unproven speculative remedies. Because of the relatively lower COVID-19 related mortality in countries with a universal Bacillus Calmette-Guérin (BCG) vaccination policy in place, the vaccine was postulated, because of its effect on the trained immunity, as potentially protective against the Severe Acute Respiratory Syndrome Corona Virus 2 (SARS-CoV-2) infection. This study aimed to estimate the effect of the mean percentage of BCG vaccination coverage among infants, from 2010 to 2018, on the change in the mean weekly number of COVID-19 related deaths per million population while considering for the confounders of population density, elderly and urban proportions of the population.

In December 2019, the world came across an unprecedented medical calamity in the form of a pandemic, triggered by the Severe Acute Respiratory Syndrome Coronavirus 2 (SARS-CoV-2).1 Starting in the Wuhan City of China, the abrupt unfolding of the Coronavirus disease 2019 (COVID-19) pandemic to the rest of the world rendered most of the researchers unable to come up with effective solutions promptly. Severe human and economic losses were met while life came to an almost standstill. Many entities around the world started to work on the rapid development of a vaccine against the COVID-19. One of the drawbacks of this approach was the length of time required to establish the safety and efficacy of a new vaccine.2 Hence, an exploration of the already established medicines and vaccines, because of their easy accessibility and known safety profile, was proposed as a potential alternative solution to the ongoing crisis. Among those suggested and advocated to be possibly curative and protective against the COVID-19 was also the Bacillus Calmette-Guérin (BCG) vaccine.3-5 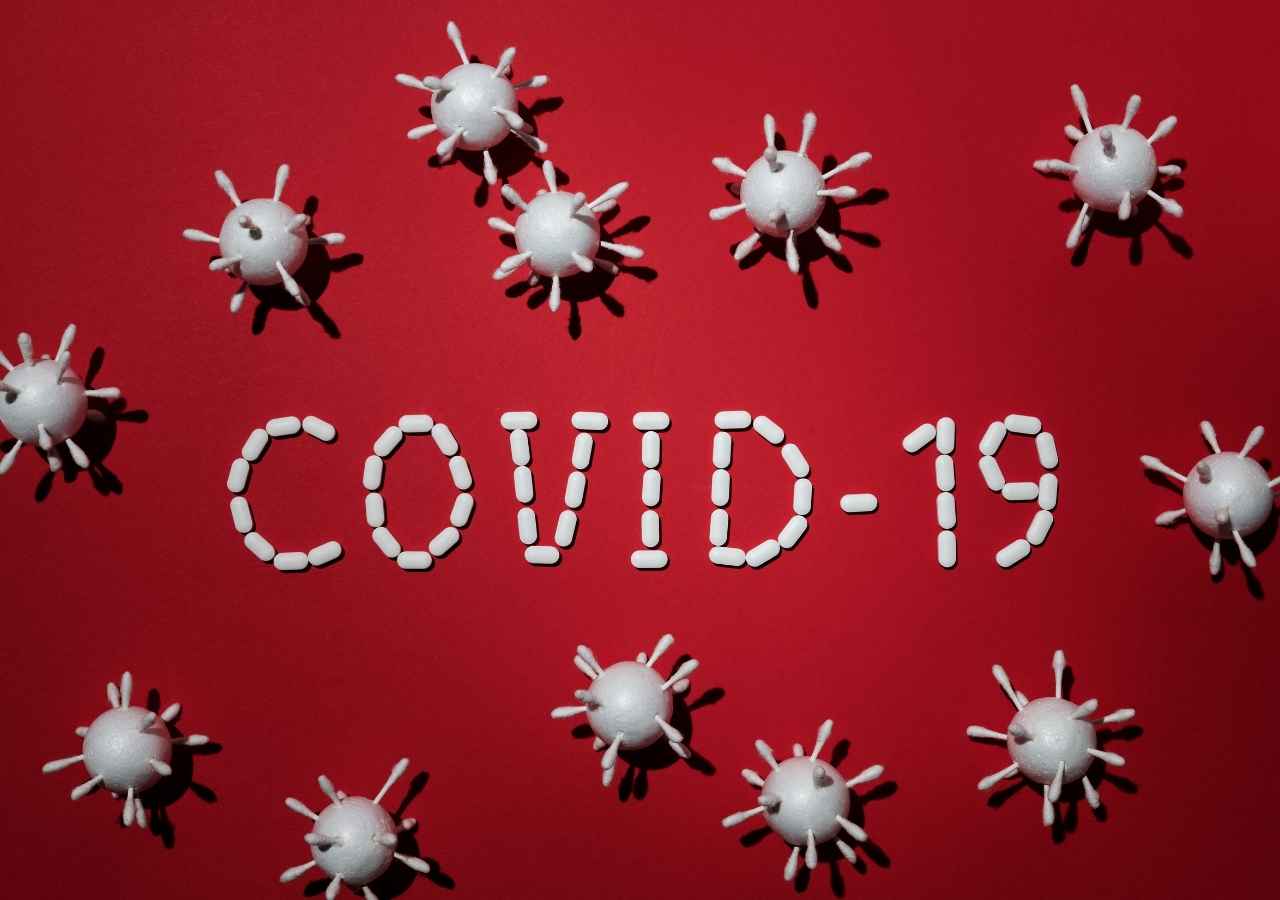 In 1908, a French physician Leon Charles Albert Calmette and a veterinarian Jean-Marie Camille Guerin, while working at the Institut Pasteur de Lille in France, noted that repeated sub-culturing of the mycobacterium tuberculosis resulted in successively lesser virulent strains of the bacillus. Consequently, the now avirulent BCG strain was made possible after sub-culturing the bacillus 239 times over 13 years. After proving to be safe in animal studies, the first human trials of the vaccine were then conducted in 1921.6 The vaccine, however, has remained less effective against the common respiratory form of tuberculosis but more effective against the more severe disseminated form of the disease.7

Several types of the BCG vaccine have been developed over time, each with a different concentration of live particles and a reactogenicity profile. According to the World Health Organization (WHO), the significant strains globally are Pasteur 1173 P2, Danish 1331, Glaxo 1077, Tokyo 172-1, Russian BCG-I, and Moreau RDJ strains. According to The BCG World Atlas, the Pasteur 1173 P2 strain has been in use mainly in Iran, Colombia and Tunisia, Danish 1331 in Mexico, South Africa, South Korea and some of the European countries, Tokyo-172 in Japan, Taiwan and Kuwait, Russian BCG-I in Russia and Moreau in Brazil, Croatia, and the Czech Republic. Whereas in other countries multiple concurrent strains of the vaccine are in utility.8-9

BCG Vaccine Coverage Around The World

BCG vaccine coverage among infants in different countries worldwide, from 2010 to 2018, has been constituted in TABLE 1. During this period, the mean BCG vaccine coverage among infants in the United States of America (USA), Spain, United Kingdom (UK), Italy, France, Germany, Canada, Belgium, Netherlands, Switzerland, Israel, Austria, Denmark, Czechia, Norway, Australia, and Finland remained at zero percent. In contrast, it was observed to be above 90% in Russia, Brazil, Turkey, Iran, Peru, Saudi Arabia, Mexico, Chile, Ecuador, Qatar, Belarus, United Arab Emirates (UAE), Poland, Bangladesh, Japan, Romania, South Korea, Dominican Republic, Serbia, Egypt, Panama, Malaysia, Morocco, Argentina, and Algeria. Mean BCG coverage among infants (from 2010 to 2018) was noted to be 89.89% in India, 83.78% in Pakistan, 58% in Portugal, 24.89% in Sweden, 39.78% in Ireland, 77.67% in Ukraine, 85.11% in Indonesia, 87.56% in Colombia, 84% in the Philippines and 83.33% in South Africa.9-10

Studies have revealed an increased survival rate in children when immunized with live attenuated vaccines, which can not be explained by immunity against the vaccine-specific infection alone. It is believed that this non-specific cross-immunity is induced through epigenetic reprogramming, the process of mitotically heritable alteration in gene expression with an unchanged genomic sequence, leading to what is known as trained immunity.11,12 This trained immunity, hypothesized to be a function of the innate immunity, is believed to play a role in protecting against non-specific infections such as the Influenza virus, Respiratory Syncytial Virus (RSV) and Herpes Simplex Virus 2 (HSV-2).13-15 However, there has been no conclusive evidence to date to prove if the BCG vaccine can induce such non-specific immunity against the SARS-CoV-2.16

BCG vaccine can induce non-specific cross-immunity, and besides being partially effective against tuberculosis, studies have also demonstrated some therapeutic and protective effect against bladder cancer and viral respiratory infections. 13, 17 Perhaps it was for this reason, along with the observation of lower COVID-19 related mortality in countries with a higher BCG coverage, that the idea of BCG being possibly protective against the COVID-19 was put forward. However, most of the studies on the subject so far remain theoretical and without considering many of the confounding factors that may have been spuriously causing the observed correlation. 18,19

In this study, we have tried to estimate the effect of mean BCG coverage among infants, from 2010 to 2018, on the mean weekly COVID-19 related mortality while considering for the confounders of population density, elderly (above 65-year of age), and urban proportion of the population along with the course of the pandemic in a country.

Data concerning mean BCG coverage among infants in 54 countries worldwide, from 2010 to 2018 (for nine years), was derived from two sources: WHO and The BCG World Atlas.9,10 Mean BCG coverage in a country during these nine years was estimated by dividing the total sum of the BCG coverage percentages from 2010 to 2019 by the total number of years involved. Population density per km2 in a country along with the percentages of above 65-year olds and urban population were obtained from online data sources: The World Bank and Worldometer.20-22 The mean number of weekly COVID-19 related deaths per million population, for the next six weeks after excluding the first 30 days since the announcement of an index case in a country, was calculated using the online COVID-19 database Worldometer by dividing the total number of COVID-19 related deaths per million population in those six weeks by 6.23 Dates of index cases were derived by conducting Wikipedia search with the phrase “COVID-19 pandemic in [country name]”.24 The entire formulated data used in our analysis has been illustrated in TABLE 1.

All the detailed data was acquired from four online sources: WHO, The BCG World Atlas, Our World in Data, and Worldometer. The mean weekly number of COVID-19 related deaths per million population in 52 countries after excluding the first four weeks since the announcement of an index case was regressed against the mean percentage of BCG coverage among infants from 2010 to 2011, population density per km2, percentages of urban and elderly (above 65-year of age) population in those countries in a multiple linear regression analysis computed via IBM Statistical Package for Social Sciences (SPSS) for Windows, Version 24.0. Robust standard errors were calculated using the covariance estimator HC3 to compensate for the heteroscedasticity in the data.

There seems to be a statistically significant correlation between BCG vaccination coverage among infants and reduced COVID-19 related mortality. However, this relationship is merely theoretical and in no way represents conclusive scientific evidence. Therefore, detailed clinical trials are warranted to further establish the real association, if any at all, between the BCG vaccination and SARS-CoV-2 infection before BCG can be recommended to protect against COVID-19.