Until recent years, Bally Complete Fitness has become one of the leading fitness firms in the United States. It held this position until it began to receive negative publicity regarding concerns over its accounting practices and the growth of competition in the fitness industry. To counter some of these efforts, Bally started to shift its positioning strategy by providing relatively innovative new services in this field, such as personalized weight-management systems. By altering the methodology behind its previous marketing campaigns, Bally was attempting to increase its revenues, improve its stock price which was dwindling, and develop better relationships with consumers.

Bally had been capitalizing on a trend in the early 2000s where more Americans were becoming devoted to fitness and we’re attempting to reduce their household or personal obesity levels. It was during this period where a large portion of American society proclaimed to be interested in fitness and understood its importance in physical health. Bally began to target this large segment of “uninitiated believers” as the primary market for potential growth in the firm (Wells, 2008, p.1). Bally quickly became successful, by changing its marketing premise and targeting objectives, to create a rather diverse user profile for its many facilities.

By adding new services that were in-line with the current needs of its vast consumer base, such as Pilates training, yoga, and other core systems, Bally found considerable success and growth. However, growth in many different public and private health clubs and organizations began to take some of Bally’s market share away by using celebrity endorsements or by appealing to niche market groups and then capitalizing on their personal needs to find success, such as with Curves. It was largely growth in competition that harmed Bally’s market position. 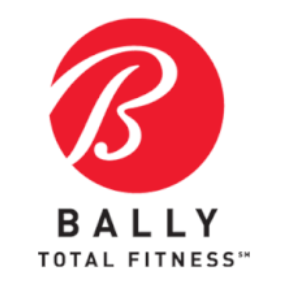 Bally maintained many different barriers in terms of entering new markets since the equipment used for fitness cannot be easily converted into newly-marketable products or services. They are designed for physical fitness only. Under Porter’s Five Forces Model, “asset specificity is the extent to which a firm’s assets can be used to produce a different product” (quickmba.com, 2010, p.4). Bally had incorporated specialized training in the firm from outsourced or in-house talent experts, such as Pilates and yoga instructors, whose knowledge and skills could not be transferred into new markets. The equipment procured, such as Nautilus and Precor gym systems, could not be used to expand the company into other market opportunities as they served a singular purpose. Growth, in any fashion outside of personal fitness, just was not an option at a time when competition was growing intensely.

In this industry, because often equipment and services are uniform and not very differentiated, there were tremendous threats of substitutes for consumers and many options provided for their fitness needs through competitor entry in this marketplace. Growth in home gyms, such as those provided by Bowflex, provided this substitute for a one-time price where they could have the entire gym experience in their own homes. Clever and innovative marketing of home gym equipment played a factor in Bally’s market share erosion.

There was also considerable buyer power taking place that harmed Bally’s opportunities for sustainable business or even growth. Clubs were often forced to run promotions or offer discounted services in order to attract multiple buyer groups (Wells). This means that the majority of control regarding price sensitivity or brand preference was held by the consumer groups Bally and other health firms were targeting. Trying to get consumers to commit to Bally for three years as part of their membership requirements was unfavorable, therefore more control was given to the buyers in a market environment where there were many different suppliers.

Each of the rivals to Bally had their own focus for marketing, which positioned their firms differently in comparison. Curves marketed primarily to the female consumer by illustrating women working out together in a fun and exciting group environment. 24 Hour Fitness had a  pay-as-you go scheme which was marketed as a non-committed membership system that was favorable to consumers who did not like contracted agreements. Rival expertise in marketing and positioning know-how was detrimental to Bally and its long-term outlook.

The structure of the industry proved to be relatively stable, that is, only if the firms understood the needs of their customers and their level of price sensitivity. People had inherent motivations to join fitness clubs for reasons of weight loss, socialization, or stress reduction which could be incorporated into advertising for all companies in the fitness industry. It largely depended on the level of research into consumer lifestyles that was conducted in order to gain favor with their intended, targeted markets. By 2004, there were approximately 20 different competing companies that were gaining ground across the United States, and some even globally. However, neither Bally nor most of the competing companies could take the buyer control away from their clients or motivate a new level of price elasticity regarding membership fees and extended pricing on specialized health services. Therefore, the structure was stable but generally controlled heavily by consumer demand and trends in society regarding personal fitness.

Cost of entry into this industry represented, generally, a one-time investment for building and assets that could be utilized year after year. The effective life cycles of the fitness products in this industry seemed to be stable and relatively long-term, therefore if a new entrant had the resources or access to capital, they could easily start a new fitness firm and attempt to gain market share in the process. Because of the high growth in franchises, it would be relatively easy to exit the market without a great deal of personal or corporate loss.

Competitive advantage in this market was almost solely dictated by the number of specialized training experts available to offer personalized consumer services. However, success in the fitness industry was dictated by trends that seemed to be short-lived in many different target markets. This means that in order to find success, Bally and its competitors required talented and innovative marketing experts that conducted research regularly into what was considered important in health lifestyles with many different consumer groups. This can be an arduous and expensive undertaking when trends appear and disappear in short order. Finding a sustained competitive advantage does not seem to be something that any market players in the fitness industry could manage successfully. In many ways, despite their specialized expert trainers, new asset equipment purchases, or discounted promotions, it does not seem that this industry provides a sustained competitive advantage and successes were mostly temporary across the board. It is recommended that businesses attempting to compete in this industry devote considerable economic and staff resources into surveys, questionnaires, or interviews in order to understand what drives consumer needs and sentiment.

It is further recommended that Bally adopt a more adaptive strategic management system and consider product and service differentiation as a yearly or bi-yearly effort. Marketing is imperative in this industry and Bally did not show enough evidence of creativity or ingenuity in its marketing schemes. Bally used a marketing approach that used people marketing as a point of comparison to get people interested in getting a membership. This is an age-old, 1950’s era style of marketing where the proverbial Jones’ become self-comparative. Instead, Bally should add more personal elements of fun, or through spotlighting staff attributes, in a way that is witty and viable for today’s more complex markets.

The first step in success is to build in-house surveys and questionnaires designed for current members to uncover their opinions about the current state of Bally organizational design, its services, pricing, and other important marketing aspects. Street teams should be outsourced to provide Bally with updated, randomized information about current social trends, food and lifestyle preferences, economic data regarding household consumption, and feelings regarding existing competition in the market. These surveys, if conducted periodically, can identify changing values in multiple target groups, especially those at the social level, to provide more relevant advertising.

The second step is to provide television advertising that rejects the concepts of peer, comparative marketing for a more individualized group of consumers. By taking the spotlight off of Bally’s history, its service and equipment which are almost wholly non-differentiated, Bally can make a new brand for itself with clever and somewhat unrelated advertising principles. By highlighting staff members engaged in conversations about the clientele or spotlighting romantic encounters between members, it can create a witty method of advertising that builds more sustained interest and opportunities for long-term growth. Based on the results of surveys and interviews, these can be adopted for quarterly ad improvements.