Social networking sites have a great impact on this hectic community, as the evolution of the internet and social 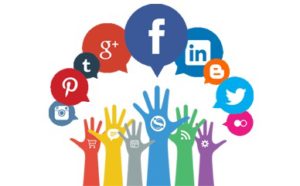 networking sites increases with the huge hike (Boyd & Ellison, 2007). In this fast-paced growing world, a person does not have time for their peers, family members, and relative so social networking sites play an important role to stay connected with them. Social networking sites like Facebook, Twitter, and Instagram are becoming more and more popular nowadays and also it has attracted millions of peoples who have started to use these sites in their daily life. Moreover, these sites enhance people’s friendship and love relationship. In line with this, social networking sites could offer so many unique features such as user can create and edit their profile as much as the time they want and instant messaging, so they can easily communicate with their friends and family members from anywhere in the world. Although social networking has some benefits, it can lead to major concerns like cyberbullying, personal fraud, and some privacy issues. In addition, it could also be a cause for the negative impact on the academic background of students.

One of the major effects of social networking is cyberbullying.

Personal fraud or commonly known as identity theft is one of the main drawbacks of social networking sites. It has been used mostly for checking someone’s personal profile, photos, interest, and location. Identity theft is nothing but using someones personal information to achieve personal gain. Personal fraud is a huge problem nowadays and is escalating quickly and is been found more on networking sites such as Twitter, Facebook, Myspace, etc. From pranks to using someone’s bank account to gain money and to use for personal benefits is getting higher and higher. Advertisements such as winning lottery or bumper prizes on networking sites are mostly used to attract people to obtain personal information. Some details asked on sites such as email address, phone number or relationship status is not a big deal for someone on daily basis and could get them shared on networking sites lead anyone into big trouble.

In a world where people have become so attached and involved in social networking on a daily basis, it is often ignored that person’s shared information on these sites can be used in many ways to hurt or ruin someone’s lives, and there is no taking it back. While considering personal privacy, it has been seen that more teenagers or young adults are sharing too much personal information on networking sites or application such as Instagram, Facebook, Snapchat, etc. This could end up with bullying in high schools or blackmail someone. Sharing of photos or videos on such sites are too dangerous due to lack of awareness. Sharing of such things are not always used in a positive manner and consequences of sharing too much personal information can increase exposure which has less friendly intentions.

Social networking sites have a huge impact on the academic performance of students. Nowadays social networking sites have become an addiction for students and teenagers. Students spend most of their time to check new updates on their personal accounts or uploading photos and videos during lectures so they can not concentrate what their professors say. This could be reasons for failing or getting lower grades (Mehmood and Taswir, 2013). Unfortunately, 58% of teachers believe mobile phones and computers are responsible for children being unable to spell as well as previous generations. And 54% say children can’t write as well as they should because they are more used to keyboards and touchpads (“impact of social networking”, 2015). It is noticed that students who are spending much more time at night on social media, it causes poor concentration in their study.