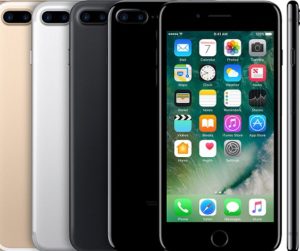 Importing laws in the world with GATT are in favor of trading.

Countries are very variable in stability of, so we should study each country case by case.

Potentiality of the market is decreasing but it is higher than any others in the Telecom sector.

Population growth leading to expansion of the sector needs for cell phones.

People depend more and more on mobile communication everywhere.

There is educational growth in the world.

Culture’s perception of the technological devices is positive worldwide.

There are different social views that may affect product should be considered (e.g; Boycotting American products in the Islamic world)

Level of technology in the world is increasing.

New technologies in the cell phones are increasing.

Future plans for technological linkage between cities, universities, colleges, hospitals and other institutes are increasing and can be connected to cell phones

There are 19260 cell phone producers in the world, but there are more than 15 big companies competing at the world level Market

Innovative: The iPhone has an innovative touch screen. It also has many functions of other mobile products all in one device

Compatibility: The phone will work with iTunes and with other Mac/Apple products and OS software tools which means limitless potential for upgrade-ability.

Brand awareness: Apple is well known for cool essential gadgets like the iPods along great technological innovations like the original Macintosh.

Price: iPhone would be sold at a reasonable price for its value.

Increasing demand and expansion to a new target segment: As technology advances and smart phones get cheaper Apple will attract consumers and get iPod users to upgrade to iPhones.

Partnerships: Apple can collaborate with many powerful global mobile phone companies to flood the market with iPhones, which reduces costs in marketing and increases revenue through long-term agreement deals

Image: The Apple brand is not targeted towards business people and does not have a reputation as being compatible with the corporate world.

Increased competition: Smart phones are easier to make now more than ever. More companies may enter the market, and competitors or even Apple contractors can maneuver around patents to create similar devices.

Downward pricing pressure: The iPhone is marketed as a high-end phone, but phone prices are almost certainly going to fall when other companies undercut the price of iPhones.

Difficulty expanding into Asian market: There is less hype and interest in Asia since smart phones are better known and already widely used

Competition (Palm): Palm has the longest history in PDA market and has experience-developing software for mobile devices. It is also a well-known brand for business people. Existing software is well established and compatible with many products for this market. The market is familiar with Palm products; significant switching costs are involved in going to an iPhone. Palm can add many similar capabilities to their products that match the iPhone and expand to a wider market through lower cost and higher-power products

In case of slow sales

To plan our strategy we will meet monthly with the board of Apple, present our information, and make a proposal for continued marketing efforts. Before each meeting our team will meet in private, with each person presenting their own proposal based on the information they have learned. After the initial proposals, we will vote on the best one or come to a compromise. The final proposal sent before Apple is the result of that meeting.