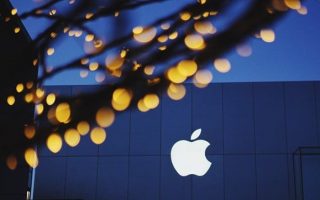 Current assets of Apple Company are going to increase year by year and in 2017 it has highest value of current assets. In total assets, a drastic change can be observe as compare to previous year and in current year 2017. According to total liabilities, normal increment is happen in the values according to current condition of company. Equity also increases in 2017 of Apple Company as compare to previous years.

Cash flow from operating activities show that in 2015, high amount was enter in the company which is beneficial for the company, but in 2017,and 2016 less cash enter in the company. According to investing activities, less investment occur in 2017 and 2016 as compare to 2015. Financing activities show that more financing is going to happen in 2016 as compare to other years. Positive cash only appear in 2015 because of high intake of cash and ending cash of company show a normal different between these years of company.

Cash and current ratios are profitable in 2016 of Apple Company. Gross margin is high in 2015 but going to increase in coming next two years. Operating profit margin is also following the pattern of gross margin. Net profit margin is low and same in 2017 and 2016 but high in 2015. Return on asset and return on equity both low in 2017 but high in 2016 and 2015 of Apple Company. Total asset turnover is also low in 2017. Debt ratio and time interest earned high in 2017 present that in 2017 company is taking more debt and do less production and sales.

Ans. Company’s current beta is 1.10. This is higher than market risk which is 0.95 according to estimation of company. So beta show that company has enough capacity to bear all the risks which may appear in the market because its risk facing power is much higher than market and it can survive in the market in the worse condition due to its safe zone.

Ans. In one article, it’s clearly mention that apple hire new head of machine learning, which show that apple want to improve its performance of machinery and get more knowledge and skills related to improving in our all technologies machinery like mobiles, iPods etc. in second article, company is try to manufacture chips instead of using Intel chips. It give more value to company and more supportive working provided when own manufactured chip is going to install in all the devices of company.

Ans. Apple is most renowned and famous company in the international market. It provides all sorts of devices and application and program which become part of life of every person. As per given data of last three years of company, we can observe that in 2015, the performance of company is very good, it profits and balance sheet present a good position of company but in 2016 it going to decrease and it performance become slow but again in 2017 it going to improve but with a very little increase which higher as compare to 2016 but still low as per 2015. 2017 data also show that company using more debt financing which increase its debt and interest this thing is not too much favorable for the company but overall performance of company in 2017 is good and it can be assume that in next up coming years its prices going to high and its profitability going to increase which a positive change.