One of the major reasons for Apple’s success in the market is its marketing campaigns and thought provoking commercials. Even though many of the commercials produced by Apple, brought immense success to Apple, some of these commercials made lot of controversies also. I’m a Mac, I’m a PC, “a commercial TV show introduced by Apple in 2006 to make people think of Mac’s advantages over PC. These commercials were the part of “Get a Mac” campaign which ended in 2010. Reisinger (2010) pointed out that “Apple’s “I’m a Mac/I’m a PC” ads have been widely regarded as one of the company’s most effective campaigns” (Reisinger). Many people believe that this ad did succeed in causing enough damages to Microsoft and also to cement the supremacy of Apple over Microsoft. 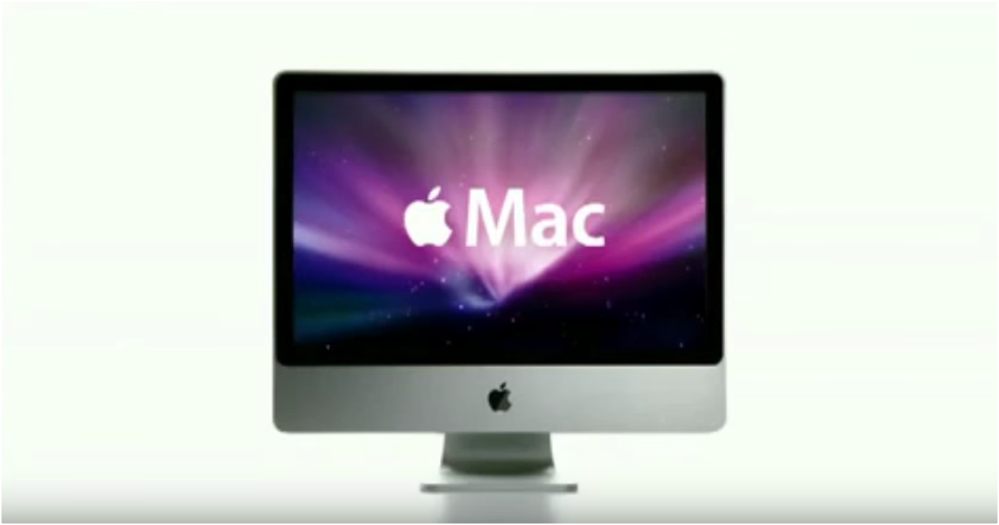 The competition between Apple and Microsoft was often labeled as the competition between charismatic leaders of these companies; Steve Jobs vs. Bill Gates. So, the advertisement, “I’m a Mac, I’m a PC” was also accepted by the public as a comparison between the abilities of Steve and Gates. It should be noted that in 80’s and 90’s Microsoft caused enough damages to Apple’s growth prospects because of the introduction of their Window based operating system. In fact Apple was on the verge of total destruction during this period. However, the capabilities of Steve helped Apple to think differently and also to regain their lost supremacy in the market. Steven introduced many innovative products such as iMac, iPhone, iPod, iPad etc during the beginning of 2000 with the help of some thought provoking ads. “I’m a Mac, I’m a PC,” was one of those ads for Apple or iMac computers.

The commercial “I’m a Mac, I’m a PC”, was directed by Phil Morrison.  Justin Long and John Hodgman were acted as a Mac and a PC, respectively in this commercial. In the beginning of these ads, Long introduces himself as a Mac and Hodgman introduces himself as a PC. Then each of them started to say something about their capabilities. It should be noted that in all these ads, Long dressed casually with jeans and t-shirts whereas Hodgman dressed formally with pants, coats, ties etc. Apple wanted to spread the message that Microsoft is not as cool as Apple. In other words PC is designed for high level executives whereas Mac is designed for ordinary people (“I’m a Mac, I’m a PC”).

Another theme intended to spread through these advertising was that Mac is more user friendly and efficient than PC.  In other words, Mac is capable of doing all the works just like the PC; but the difference is that Mac is able to do all these things much quicker, more safely and more creatively than PC. Apple wanted to sell their products as “cool” as possible whereas Microsoft likes to present their products seriously. Apple ridicules the attitude of Microsoft in presenting PC’s and its applications as something serious. Apple sees the funny sides of it which is evident from this ad.

Critics of this commercial believe that Apple crossed all the limits through this ad as far as business ethics is concerned. It should be noted that direct comparisons between products are not encouraged in marketing principles. In most of the cases, product marketers indirectly ridicule the drawbacks of the competing products. However, in this case, Apple has shown no hesitation in directly attacking Microsoft. It is a fact that Microsoft enjoys absolute monopoly in operating system and computer market. Indirect attacks may not affect Microsoft very much. So, Apple decided to go for a direct attack on PC’s in order to establish Mac’s superiority over PC.

Some people argue that everything this commercial say about the features of Mac or the drawbacks of PC are incorrect. For example, in this ad, Mac claims that PC’s are vulnerable to viruses whereas Mac is unassailable to viruses. However, in practice, there are many cases in which Mac computers became victims of virus attacks. Since the number of PC’s in the market are extremely higher than that of Mac, virus attack cases reported against PC’s are comparatively higher than that of Mac. However, this ad tries to spread the message that Mac is absolutely safe and secure from virus attacks.

Even though Microsoft was initially reluctant in responding to the ad, “I’m a Mac, I’m a PC”, soon they realized the damages caused by this ad to their business interests. Even though PC sales have not been affected very much by this ad, Apple started to conquer the consumer electronics industry with the help of other products such as iPhone, iPad, iPod etc. At present Apple is the most valuable technological company in the world and they are the second biggest in the world as far as market capitalization is concerned. Microsoft was pushed to third place behind Exxon Mobile and Apple. These facts forced Microsoft to respond to the attacks from the aggressive commercials from Apple. In response to Apple’s “I’m a Mac, I’m a PC”, Microsoft introduced “I am a PC” ad recently.

The idea behind the original “I am a PC” ads from Microsoft came from someone else. That someone else was, as always, Apple. In a deft move, Microsoft’s ad men neutralized the cheeky Apple campaign – which made PCs out to be slow and boring – by actually embracing the satire and making Apple look elitist by belittling the everyman PC user, which there are many more of, compared to Mac users. Microsoft got customers – and even Bill G himself – to stand up proudly, extoll their machine’s creative and productivity virtues, and proclaim: “yes, I’m a PC”(Clarke)

To conclude, Apple’s commercials played a major role in making Apple one of the most valuable and respected companies in the world at present. Steve Jobs was instrumental in Apple’s success. Now the big question is; how Apple fills the vacancy left behind by Steve.