Artwork has existed for a very long time and that is why many artists have been able to make an impact on the vast art fields. Arts is not confined to paintings or drawings as many people believe; instead, art involves other activities such as making sculptures. Among the artists who have made an impact in the world of art is Andy Warhol.

Andy Warhol was born on the 6th of August 1928, in the city of Pittsburgh Pennsylvania. His father who was known as Ondrej Warhola worked as a construction worker, while his mother worked as an embroider under the name of Julia Warhola. The Warhol’s were Slovakian immigrants. The family was devoted Byzantine Catholics who attended mass frequently and upheld their culture and heritage (The mail on Sunday, April 4th 2010). 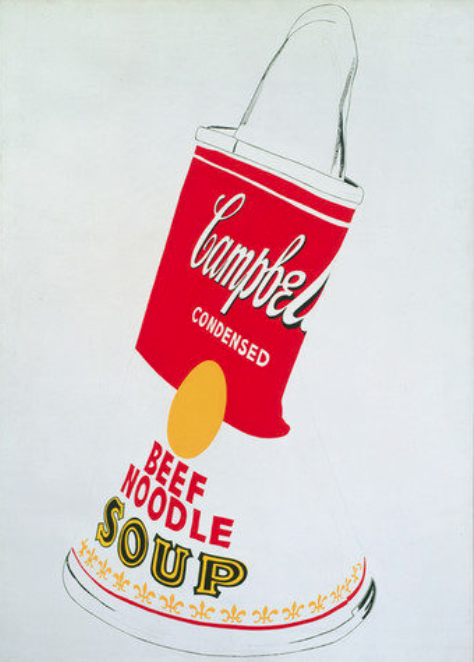 Warhol’s first lesson in drawing came by chance, at about 8 years of age he was diagnosed with a disease known as Chorea. The disease also called (St. Vitus’s dance) is a rare but fatal disease of the nervous system. The disease rendered Warhol bedridden for some month. It was at this time that his mother who was also skilled in drawing decided to give him his first drawing lesson in order to keep him busy. After he was finally able to get out of the bed, Warhol continued drawing during his spare time. His mother bought a camera from Warhol at the age of nine and soon he became interested in photography too. Warhol even made a make shift dark room in their basement (The mail on Sunday, April 4th 2010).

Warhol was enrolled at the Holmes Elementary school. He also attended free art lessons at the Carnegie Institute now known as the Carnegie Museum of Art. At the age of 14, Warhol was to suffer tragedy in 1942, when his father died of a disease known as jaundiced liver. Warhol endured this traumatic experience to the extent that he could not attend either the wake of his father, or his funeral. Having recognized his son’s talent, Warhol’s father he dedicated his entire savings to the college education of his son before the sudden demise. The same year, Warhol joined Schenley High school and he was able to graduate in the year 1945. After graduation, he joined Carnegie Institute of Technology which is currently known as the Carnegie Mellon University where he studied pictorial design (The mail on Sunday, April 4th 2010).

After graduating with a degree in Bachelor of Fine Arts in 1949, he moved to New York where he began his career as a viable artist. It was at around this time that Warhola changed his name to the now known Warhol after dropping the “a” at the end of his name. He had secured a job with Glamour Magazine in September of the same year. He eventually went on to win various awards for his work as a commercial artist (The mail on Sunday, April 4th 2010)[1].

In the late years of the 1950s, Warhol started dedicating more of his time to painting. Eventually, in the year 1961, he invented a concept known as “pop art”, which were paintings that paid attention on mass-produced viable goods. His first painting of the Campbell’s soup cans brought a stir in the world and catapulted Warhol into the national limelight (The mail on Sunday, April 4th 2010).

Rated as one of the iconic images of the 29th century, the drawing of a collection of thirty-two Campbell’s soup cans. All of the cans is identical except for the inscription of the various flavors. The paintings were done in 1962 after an inspiration from a gallerist by the name of Muriel Latow, who told Warhol, “You should paint money or something else that people see every day like a Campbell’s Soup can (The mail on Sunday, April 4th 2010).

The paintings were unique as they were one of his first silkscreen paintings. The painter did an excellent work in choosing the color shades. The descriptions of the portraits are very vigorous: the use of light and shade is excellent that it might be mistaken for a picture by a person looking at the portraits and not for a paint. The paintings brought about some attention to the beauty of some things that people use every day, in spite of them failing to notice their beauty. As he once said while being interviewed, Warhol said, “I just paint things I always thought were beautiful, things you use every day and never think about…. I just do it because I like it.” The painting was very significant as it came at a time when pop art movement was being born. Of all the portraits of the cans done by Warhol, tomato was his most favorite as it the brand that he used every day, and it the first that he did (The mail on Sunday, April 4th 2010).

An artist does not need to paint something that is not familiar with everybody in order to make a mark in the world. Everything that surrounds human beings, despite being rendered as common, can make a brilliant piece of artwork. Andy managed to bring out the beauty of cans that most people use every day but fail to notice their beauty. Andy made a mark from ordinary items that people used to seeing every day and they do not see anything special about them. Art can be built to become the most iconic pieces in the world from the things that are rendered as useless by the society as was the case with Warhol.