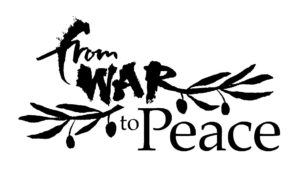 East Pakistan always complained that they received less development funds and less attention from the West Pakistan. Pakistani army started its operation in East Pakistan to contain the movement and anger among the Bengalis. The Awami League secured a clear majority in the 1971 elections of Pakistan but still he was deprived of the Pakistan’s Prime Minister ship following opposition from leaders in West Pakistan. The Indo-Pakistani conflict was sparked by the Bangladesh Liberation war. On December 3, 1971, Pakistani air attack on a number of air bases in northwestern India.

The 1947 partition of the British Indian empire had created a Pakistan  comprised of two “wings” West Pakistan (present-day Pakistan) and  East Bengal (later renamed East Pakistan; now Bangladesh) that were  separated by 1,600 km  of Indian territory .  The East and West were also very different in the way of their culture,  and the West area dominated the political ways of the country.  Although the East had most of Pakistan’s population, the Western population, especially the Punjabis, had all of the political power.  In 1970, the East won an election by landslide victory, but the West refused to let the East have power. This outraged the East, and they believed that independence was necessary. The leader of the Pakistani army was also the self-appointed president  of Pakistan. General Agha Mohammed Yahya Khan planned a genocide  attack on East Pakistan against Bengali elite and the Hindus of the East.

During  the war, which was called Operation Searchlight, large numbers  of the Bengali intelligentsia in East Pakistan were killed and many  prominent Bengali leaders were thrown in jail. In response, the Awami League leadership of East Pakistan declared the  province’s independence on March 26. As the crackdown escalated into  a full-blown and brutal civil war over the next two months, some 10  million Bengalis fled East Pakistan and took refuge in the neighboring  Indian state of West Bengal. The Indian leadership of Prime Minister Indira Gandhi quickly decided that it was cheaper to resort to war against Pakistan than to absorb  millions of refugees into India’s already bloated population.. Gandhi and her advisers fashioned a strategy to support the creation of  a separate state for ethnic Bengalis. This strategy involved support for  the indigenous Bengali resistance movement, led by the Mukti Bahini  (Liberation Force).

To this end, India’s military intelligence agency, the Research and  Analysis Wing, helped to organize, train, and arm these insurgents. The Mukti Bahini managed to harass the regular Pakistani army units stationed in East Pakistan and helped to create conducive conditions for  a full-scale Indian military intervention in early December  On December 3, 1971, the third Indo-Pakistani war formally began with  a Pakistani air attack on a number of airbases in northwestern India. The Indian air force responded the next day by striking at several West  Pakistani air bases. Along with the airborne attack, the Pakistani army simultaneously launched a ground operation in Kashmīr and in the  Punjab region, thereby opening a western front. In the western sector a  number of pitched battles took place, particularly in Azad Kashmīr near and Chhamb.

Pakistan’s strategy was almost the exact opposite of India. Pakistani strategy was predicated on the conviction that the east would have to be defended in the west.. By threatening vital Indian assets such as Kashmir and Punjab, Pakistani planners hoped to draw Indian forces away from the east and gain enough time for outside powers to restrain New Delhi.iv. Further there had been lack of cooperation between the armored and infantry division in this battle since no higher corps headquarter was controlling both the divisions and the infantry and armoured division commander had a personality clash.

Lack of clarity in the Pakistani Military Higher Command about the ‘Modus Operandi (way of doing some thing)  of executing the Strategic Concept.vi. In brief the Pakistani military leadership was confused and vague about the method of execution of the strategic concept; i.e. ‘Defense of East Pakistan lies in West  Pakistan’ as late as 1968-69 at the time when defense plans were revised under General Yaqub Khan’s tenure as CGS.vii. The final strategic plan was vague and confusing on two  counts; i.e. firstly it did not take into account the fact that  the Indians enjoyed overwhelming superiority in the  Eastern Theatre and possessed the potential of  overrunning East Pakistan; secondly no time frame was

In the western theater of the war, the Indian Navy,  under the command of Vice Admiral S.N. Kohli,  successfully attacked Karachis port in Operation Trident on the night of 4–5 December, using missile boats, sinking Pakistani destroyer PNS Khyber and minesweeper PNS Muhafiz; PNS Shah Jahan was also badly damaged. Operation Python on the night of 8–9 December, in which  Indian missile boats attacked the Karachi port, resulting in further destruction of reserve fuel tanks and the sinking of three Pakistani merchant ships.

Pakistan attacked at several places along Indias western border with Pakistan, but the Indian army successfully held their positions. The Indian Army quickly responded to the Pakistan Armys movements in the west and made some initial gains, including capturing around 5,500 square miles (14,000 km2) of Pakistan territory. Another Indian strategy involved support for the indigenous Bengali resistance movement, led by the Mukti Bahini (Liberation Force). To this end, India’s military intelligence agency, the Research and Analysis Wing, helped to organize, train, and arm these insurgents.

Eastern Command of Pakistan Military collapse., 6 December 1971: East Pakistan is recognized as Bangladesh by India. On December 16, the Allied Forces of Bangladesh and India defeated Pakistan in the east. On 16 December 1971, Lt. Gen A. A. K. Niazi, CO of Pakistan Army forces located in East Pakistan signed the Instrument of Surrender. Over 93,000 Pakistani troops surrendered to the Indian forces, making it the largest surrender since World War II. India and Bangladesh gain victory. East-Pakistan got independence and recognized as a new state of Bangladesh.

The  course of events which shaped the conflict between India and Pakistan in 1971 had their origins in history made many years before.  The concept of  a  single Islamic nation on the  Indian sub-continent had brought the peoples of East and West  Pakistan together in  the aftermath of British colonial rule.   But the concept was not powerful enough to hold the  nation in the face of differing race, language, culture and geography.  When the autocratic rulers in the western wing denied the democratic aspirations of the Bengalis while continuing a policy  apparent economic domination, resentment was inevitable.  The established rulers had fashioned a severely centralized government which was incapable of harmonizing the political and  social forces emerging in the western as well as the eastern wing of  the nation.  Consequently military repression of the Bengalis was implemented without a serious attempt to rectify the causes of the grievances. The millions of refugees who poured into India caused serious economic and social problems in  one of her most unstable slates, West Bengal.  The Indian government,  with considerable support from the public,   seized   this opportunity to  decisively  weaken her most dangerous rival. By skillfully managing her  diplomatic affairs,  while encouraging the Bangla  Desh movement,  India won time to prepare for military intervention  while preventing wider international intervention damaging to her aim.  And clearly aim was to reduce the power of Pakistan by promoting the autonomy of East Bengal.

China considered Pakistan, in particular West Pakistan, vital to restricting Soviet influence on the sub-continent. Should both  India and  Pakistan be drawn into the Soviet sphere, China’s borders would be threatened on all sides. With  India and  Pakistan rivals, the threat to China from India would be much reduced.  For similar reasons, the Soviet Union was initially trying to steer an even course in the India-Pakistan dispute.  However, when rebuffed by Yahya in  July 1971, Moscow quickly saw the chance to increase her influence with India. When conventional war finally came in  December, Pakistan found herself unable to   defend  the east or successfully gain in the west.  Pakistan’s complete failure in  the air was most damaging.  Her armies and navy  lacked information available from reconnaissance.   Both  the  army and  navy  could  not maneuver without incurring damaging losses from the Indian Air Force.    In the end,  India prevailed because she was able to maintain the initiative both  politically and militarily, guided by a simple but realistic and flexible strategy.

The Syrian Civil War  is an ongoing multi-sided armed conflict in Syria fought primarily between the government of President Bashar al-Assad, along with its allies, and various forces opposing the government. The unrest in Syria, part of a wider wave of 2011 Arab Spring protests, grew out of discontent with the Assad government and escalated to an armed conflict after protests calling for his removal were violently suppressed. The war is being fought by several factions: the Syrian government and its allies, a loose alliance of Sunni Arab rebel groups (including the Free Syrian Army), the majority-Kurdish Syrian Democratic Forces (SDF), Salafi jihadist groups (including al-Nusra Front) and the Islamic State of Iraq and the Levant (ISIL).

Syrian opposition groups formed the Free Syrian Army (FSA) and seized control of the area surrounding Aleppo and parts of southern Syria. Over time, some factions of the Syrian opposition split from their original moderate position to pursue an Islamist vision for Syria, joining groups such as al-Nusra Front and ISIL. In 2015, the People’s Protection Units (YPG) joined forces with Arab, Assyrian, Armenian and some Turkmen groups, to form the Syrian Democratic Forces, while most Turkmen groups remained with the FSA.

Pro-democracy protests erupted in March 2011 in the southern city of Deraa after the arrest and torture of some teenagers who painted revolutionary slogans on a school wall. After security forces opened fire on demonstrators, killing several, more took to the streets. The government’s use of force to crush the dissent merely hardened the protesters’ resolve. By July 2011, hundreds of thousands were taking to the streets across the country.

Violence escalated and the country descended into civil war as rebel brigades were formed to battle government forces for control of cities, towns and the countryside. Fighting reached the capital Damascus and second city of Aleppo in 2012.By June 2013, the UN said 90,000 people had been killed in the conflict.

The conflict is now more than just a battle between those for or against Mr Assad. It has acquired sectarian overtones, pitching the country’s Sunni majority against the president’s Shia Alawite sect and drawn in regional and world powers.

All parties to the conflict have committed war crimes – including murder, torture, rape and enforced disappearances. They have also been accused of using civilian suffering – such as blocking access to food, water and health services through sieges – as a method of war.

Hundreds of people were killed in August 2013 after rockets filled with the nerve agent sarin were fired at several suburbs of Damascus. Western powers said it could only have been carried out by Syria’s government, but the government blamed rebel forces.

Almost 85% of Syrians live in poverty, with more than two-thirds of the population in either extreme or abject poverty. More than 12.8 million people in Syria require health assistance and more than seven million are food insecure amid rising prices and food shortages. Households spend up to a quarter of their income just on water. Some 1.75 million children are out of school.

In the political arena, opposition groups are also deeply divided, with rival alliances battling for supremacy. The most prominent is the National Coalition for Syrian Revolutionary and Opposition Forces, backed by several Western and Gulf Arab states. However, the exile group has little influence on the ground in Syria and its primacy is rejected by many opponents of Mr. Assad.

How Companies Profit from War

Translation of The Neologisms