Fitness tracker is a kind of smart watch, which used to monitor heartbeat; one can play music in it and have built in GPRS or wifi. Following we have discuses SWOT analysis, strategies and competitive advantages’ of fitbit, jawbone and polar.

Fitbit is a company of California; fitbit tracker was developed to support one health. Their mission is to see people 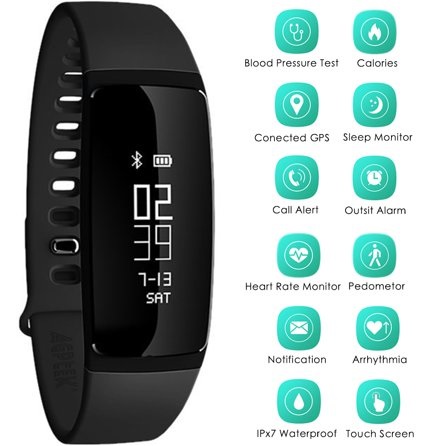 healthy and active. They want people to reach their fitness goal and they are motivating people in 17 countries. They have wireless technologies. Fitbit vibrates when one reaches to his goal. Food, water and exercises could also be track by fitbit. If one uses all the features correctively then it will give you detailed picture of your health. Important key factors of fatbit are their consumers are satisfied; they have good financial and economical position in market. This device is best to promote healthy life styles and daily routine activities in a best way. Fitbit is hitting the psychology of people that through wearing watch, they can get healthy life and they can see if they have any heart problem (freeswotanalysis.com, 2015).

Strengths: It is quick. It is designed through great technology. The price of fitbit tracker is very reasonable. It has huge collections of devices and use to measure deep sleep.

Weaknesses: Have plain and simple design, have some health issues, less opportunities of brand awareness and having small business unit.

Opportunities: The data, which is installed in it, is build better than any other. It has tracking technology. It has diet plans.

Jawbone is American company, jawbone tracker also used to support ones health, this is the right tracker based on individuals needs and this is useful for everyone, it gives you accurate feedback. Its app is brilliant for the beginners.

Hosain Rahman, CEO of jawbone believes on advance technology, which can help him to get competitive advantage. In his industrial economic view, he wants to make more money and want to make the product that can attract the consumer, they wants to make eye-catching designs. He believes on acquiring new resources and new capabilities that can lead him toward success.

Strengths: It is early mover, it has strong tracker. People are brand awareness.

Weaknesses: There is lack of health and fitness. It is difficult to use.

Opportunities: They are doing further innovations on tracking.

Threats: There is brand confusion, competitors are fitbit and polar. They have technological problems.

Polar have brilliant activity tracker, it has touch screen display. Beside of heart rate tracking, it record steps, burn calories and it has automatic sleep tracking. Their focus is on marketing strategies to make customers. Polar is selling its fitness tracker in low price packages. They are working for customer’s benefits and for uniqueness of their fitness tracker (Stables, 2015).

Strengths: It has bright and easy to use screen. It carries out the activity very nicely.

Weaknesses: Its band is not secure when someone is sleeping.  There are inaccuracies in its date for heart rate etc. The strong confidence of company is also its weakness. There is lack of variety tracking.

Opportunities: They are team oriented and Mass Production Company.

Threats: There competitors are their biggest threat example, fitbit and Jawbone. They are making similar products.

Through the study, it is concluded that polar is weaker among three. Fitbit and Jawbone are giving good competition to each other. Fitbit has excellent apps and jawbone CEO want to see his technological products on top (forbes.com, 2013). There are some flaws in polar fitness tracker but they can be improved through technological and market researches.