Structural Functionalism is a sociological theory, which tells about how society functions and focuses on 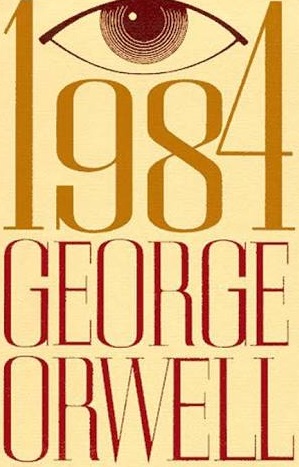 relationships through social institutions. The book “1984” was written by George Orwell in 1949. The novel is about the problem faced by the Europe after the World War 2, political and social system, that how government and political system, is taking advantages and doing throughout crime. According to the book, the whole world is living in the poverty, hunger and diseases. The book is based the consequences which people faced after atomic wars, the book criticize the political parties that how they enjoyed and lived comfortable life. The writer creates the imaginary world, by convincing the imagination of the generation. He gave the social vision of leaders through big brother, who was ruling the society for his own sake. (pg1)

Social conflict is the group’s conflicts that oppose each other’s, in social interaction. The conflict in the book was about the individual free will and the government by big brother. In the novel he struggle to continue about the thoughts of the big brother. There is actual opposing force with the state or governments, that people are not getting their rights, people are in pain and fear, the state vs. language, the conflict is between the Winston’s minds, which make the reader feel that big brother is creating problems; however, big brother is taking steps to ensure his citizen rights. He is cooperating with the people.

Symbolic interaction is the framework of sociology theory that people are relying on social interactions and they best understood their environment. The book represents the Winston love for his society. He interacts with his society and reflects the social institutions; it is about the democracy vs. totalitarianism, the social programming in democratic countries is described. Winston understood the society that the society is not secured and people do not have liberty and the environment of country controls the people; as people are given punishment and reprogramming due to limited freedom and restricted communication.

The culture is described as the systematic analysis, symbolic codes, which are understood by the society. The book defines the culture of fear within the people that the politics have been created; the government manipulates the people mind that people obey their government and accept the all propaganda as a reality. The government is using media as mind control tools; newspeak is destroying the people freewill, free thought, opinion, imagination etc. The society is unaware and do not have much knowledge about the things. George emphasis on how the language can be used, to control the minds of people.

Society is the interaction of the people in a way, to share the common culture. There are ethnic, racial values and activities. The society describe in the 1984 book, the information for the people was controlled, the party or government control every source of information, so people can be restricted or bounded, government manage the society the rewriting of the content of newspapers, histories and records, all controlled by the government. In the result, the society gradually believes that what government tells them. The party was controlling the past, the reality by convincing people mind, and the actions in the present.

Socialization is a term that is used to refer the lifelong process of learning norms, customs, ideologies, skills and habits necessary for participating in the society. Relating to the book, there was the domination of the government, the party is able to monitor, all of its members that there were hidden cameras and microphones, but the public was not aware of the technology, the socialization was controlled. Winston feels that there is no socialization, within the society and party do not give importance to the technology, the elevators never work, the electricity and plumbing are extremely unreliable, and there were miserable conditions in the society, how could socialization take place in the society if government is incompetent.

Conformity is the act of matching the behaviors, beliefs and the attitudes towards the group norms. Norms are shared by the group individuals that guide the interaction with others. Relating to the book, the conformity was terrible, the society was not learning, as there was lack of freedom, there were risks in the society and society was struggling, no individual was rewarded for the progress. The society had the conformity that government is on right and what they convey to us is true, the attitude of the government was critically judged, the norms also support the government patterns, there was disloyalty who triumphant the people success.

Deviance means to break the rule, law or duty that is based on the social norms. Relating to the book 1984, the society was facing the social deviance by the government, social deviance include the ministry which never said truth to its people, there were social control on sexual repression, censorship and surveillance. There was social control in the society, the reproduction was forbidden there, like no other society. The book tells that there were criminals in the society, leaders and situation were horrifying, leaders and government was doing deviance in the society.

The enforcement by the society upon its members, the enforcement could be by laws, regulation or by the social pressure. The influence is for maintain the pattern of life. The social control or social bonds in the book “1984” were regulated by the government and government has the pressure and influence upon its people. People or society was bounded to do, or act upon what government says to them. The government monitors and controls the, every aspect of human life, party uses number of techniques to control the people.

Inequality refers to the unequal opportunities and rewards for the difference in the social positions or status, within the society or group. Regarding the book, the government was enjoying all the rights of life, and people were in fear. As said by the Winston, that government enjoying to travels on the helicopters, eating nutritious food, however public is not. The neighbor of Winston was also arrested while he was sleeping, and the unfairness of anti-sex within the society, explains that there were inequality.

There are three main theoretical paradigm, structural functionalism, social conflict and symbolic interaction. Three of them explain the story of the book, because in these three aspects there are focus on the problems and pattern of the society that what are the main problems in the society and what hardship the people faced due to the imbalance behaviors of the government. The instability in the economy and the unrealistic future was also discussed in the book. The three points tell about the body of the story as conflicts, interaction, functions were discussed, the futuristic imagination, warnings against government was discussed.

There other aspects or points example, inequality, society, social control, socialization etc are also important as these points reflects the society of that time, but not as important as the first three. There is need to realize world as George Orwell reflect and concerned about the society.

The Causes And Effects of World War 2