Analysis of Episode 3 And 4 From Wayward Pines

Analysis of Episode 3 and 4 from Wayward Pines 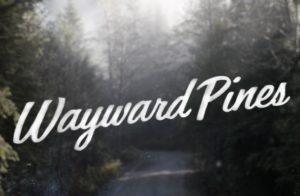 Thesis: Some individuals in the society often engage in some unethical activities or behavior that undermines their morality, such people should be shown what is right and given a second chance in the society to improve their morality and change from the vices they are in.

From the wayward pines, there are some immorality displayed by the main character, execution of individuals rather than making them go through the normal accepted justice is wrong and considered unethical. (Kateb, 2015) From the episode 3 of the wayward series, we see how Beverly gets executed. Is it right to execute someone by death even if they break the law? I believe is not the appropriate way to punish an individual who has broken the law, and it’s immoral and a vice but some argues that executing someone is to act as an example for those other individuals for them not to commit the same mistake. Ethan is also in the same line to be executed, but Kate warns him to be careful since after he has been given a second chance which is very rare.

Ethan runs to wayward pine, Theresa’s and Ben follows him to the wayward pines in an attempt to escape. Their escape has been attributed by the kind of leadership being portrayed by their leaders, they operate under draconian rules where people are always punished by death and this is against the human morality. We see how sheriff pope deals with wayward pine occupants; he is so strict that anybody who tries to live is executed by death, despite all this, Ethan gains courage of escape despite the tough rules implemented by Sheriff Pope. He is followed by Ben and Theresa’s and before they could proceed, they meet with Sheriff Pope. Ethan the meets Kate who appears after sometime, and tells him how she tried to escape some years back but she couldn’t manage and the only way out is to play along. Ethan eventually confront sheriff Pope who he eventually kills using Pope’s own gun, this episode has two deaths occurring, killing is unacceptable act, even if the victim was a bad person we should not always kill them but try and punish them in a way that cant compromise our morality and ethics. I believe sheriff Pope was a bad person but Ethan was wrong in killing him.

From the episode three, we realize that Ethan is trying to play along despite killing Sheriff Pope and a botched escape attempt. Killing an individual and pretending as if everything is ok is very wrong, being moral is something that we learn as we grow up but some are inborn, some people have unethical behaviors that they had since childhood but several attempts to eradicate these behaviors have been futile all along. The same case is with Ethan, Ethan kills Sheriff Pope and even gets appointed to take Pope’s position, if Ethan could have been a person of morality, he couldn’t have taken the position of the late Sheriff Pope.

In this episode, Ethan still has a strategy to escape despite being appointed as the new sheriff, but whenever he tries to escape, some individual must get hurt. I believe he should have done away with escaping and change wayward pine from the inside starting with abolishing the execution rules implicated on the people. Only a coward escapes from his problems, but a hero or someone courageous stays and fight the problem. Ethan drags a man in the fence in an attempt to hide it, and when he comes back to escape, he realizes that the guy has been electrocuted and he even died instantly. Ethan climbs the fence to escape, but what he don’t expect to meet awaits him, ethics is a branch of philosophy and it deals with morality,  human beings are expected to differentiate between what is right and wrong and what is good and evil. From the two episodes of wayward pines series, we have seen a number of things that compromise the principals of philosophy and practice evil such as the killings. (In Seery, 2015) Ethics and morality is somethings that we should have in us to ensure a well behaved future society.