Home > Projects/Reports > An Enemy of The People Summary Analysis

An Enemy of The People Summary Analysis

1(a). What was the source of the contamination and what were the likely stressors alluded to in the play?

In Norway, a coastal city is expecting a boost in its tourism venture and everyone is content. The cause of this economic boom is the water baths previously laid. Thomas Stockman is the mayor of the town while his brother is the doctor. The latter advised that there be sufficient consultations before the municipal lays the pipes. Instead, they use shortcuts in the laying of municipal baths, which were possible health hazards to the town. Dr. Stockman has been observing that visitors to the town report waterborne ailments. Initially, the belief was that visitors had these ailments before arriving to the town. On sending a sample to a local university, Dr. Stockman received a letter noting that there was contamination of the water. According to the assessment of the doctor, tanneries in the town were the source of impurities, and they were leaching the baths. 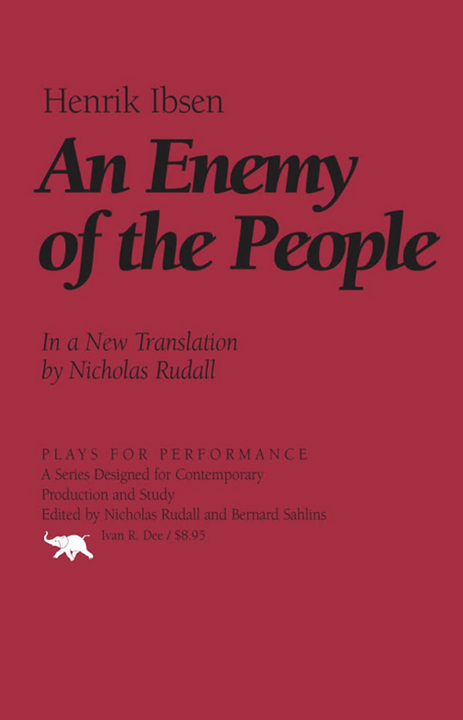 1(b). Given the sources can you speculate what sorts of pollution might be present?

Tanneries pose a health hazard to populations living around them. In the Norway coastal town, the municipal water pipes have contamination from the area tanneries. Releasing their effluent into the municipal baths introduces chromium pollutions. Chromium has two forms, and the first is Chromium III while the other is Chromium IV. When these contaminations get into waters that human consume, they endanger the health of the consumers. Ingestion of Chromium VI causes problems in the stomach and other parts of the body. Such problems include ulcerations, damage to the eye, asthmatic bronchitis. Apart from chromium, poisoning, there is also presence of other metals such as lead and zinc. Accordingly, the suspicion that health related complaints from the visitors were due to contamination from tanneries in the area could have been accurate.

2(a). What sorts of health effects was the Doctor concerned about?

The concerns of the doctor are that there was contamination of the bath water. According to him, visitors were reporting typhoid and gastric cases. He speculated that the contamination might be from bath water due to poor installation of the pipes. His fear was that such contamination was posing a danger to the health of the town and visitors of the town. It is common knowledge that poor installation can lead to water contamination. This contamination may be from tanneries like the doctor forecasts or fecal matter. Such pollution causes pathogens that lead to diarrhea and typhoid. The concern of the doctor is that if the municipal does not reinstall the pipes, there will be an outbreak of such waterborne ailments in the town. Such health effects are the cause of death in many countries.

2(b). What sorts of bathers would likely be a sensitive population for this/these health outcomes

The municipal protected the infectious baths indicating that the doctor was exaggerating the situation. This had the basis that most people were deriving their livelihood from the baths. Visitors were acquiring waterborne ailments, and the belief was that it would not affect town population. Contamination of waters in the town spread, affecting all the individuals living and visiting the town. This has the meaning that visitors of the town were not the only victims of the infectious water but rather the entire population. Soon, a large portion of the town population acquired these health outcomes. Accordingly, bathers both locally and visiting acquired the health implications from the bath. In accordance to this, the population likely to be sensitive to the health implications of this pollution was people that were either residents of the town or visiting. That is all people ingesting the water were subject to contamination and the subsequent health implications.